You will soon understand why we did not discuss the stability aspect of submarines in the previous article itself, rather had focused on familiarising ourselves with the main parts of the submarine. That is because, design in itself is a complex and long process that includes both understanding and implementation. It is hence recommended that you read the previous part prior to this to understand submarine design basics. This article also assumes that you are familiar with the basic concepts of ship stability.

We will first look into the diving and surfacing techniques before going further into stability and understanding how submarine works.

Diving and Surfacing of Submarines

We will look into the parts and components of a main ballast tank to understand the sequence followed in diving and surfacing. The following figure illustrates a transverse section of an MBT. 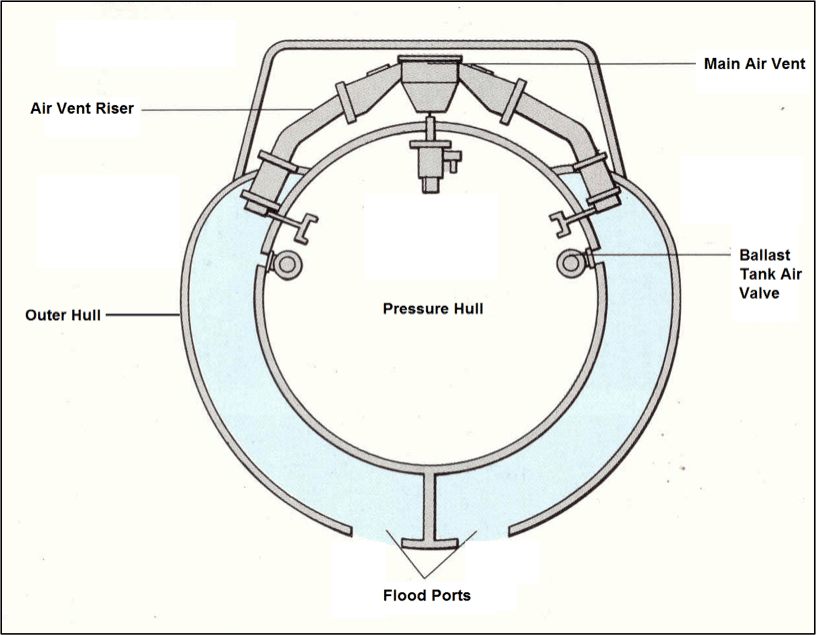 The two vital parts of MBTs are the:

Flood ports are openings at the bottom most position of the outer hull that allows water to enter and leave the tank.

Air vents risers, one on port and starboard side each, are routed from the tank to the main air vent at the top of the pressure hull. For a surfaced submarine to dive, the air vent at the top is opened. This allows the air in the tank to escape, and sea water floods in from the flood ports below. The ballast weight now added helps the submarine to dive in.

Now, the operating depth of most modern submarines is 300 to 450 meters. For a submarine to surface from that depth, it first uses its hydroplanes to reduce its depth upto 3 to 4 meters below waterline. Once it cruises at that depth, high pressure air at approximately 15 bar is introduced into the tank through the air valve. The air pushes the water out of the tank through the flood ports. Once this weight is lost, the submarine is now positively buoyant and rises up to surfaced condition.

The figure below shows the flooding conditions of the MBTs and freely flooded regions (forward dome, aft cone, and the sail) during submerged and surfaced conditions. 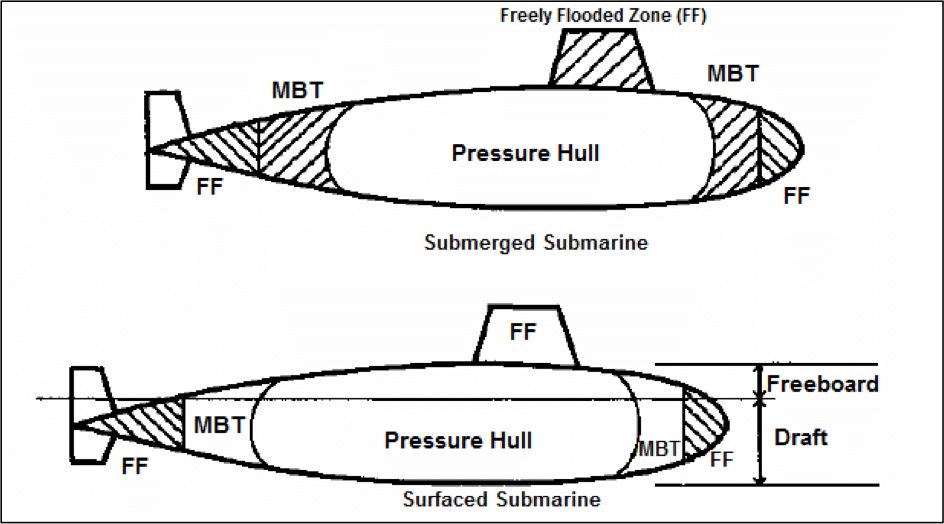 A submarine in surfaced condition has to satisfy the same stability principles as that of a surfaced ship. The primary requirement in surfaced condition is that, it should remain afloat even after any kind of damage. Which means, there should be a significant volume of the hull above the waterline. This is called the Reserve of Buoyancy (ROB). The figure below represents the volume of the hull that contributes to reserve of buoyancy.

Figure 3: Volume of Hull contributing to ROB of a submarine.

Understanding the concept of ROB is very vital to a designer, as in, it helps the designer to arrive at a primitive value of the required volume of MBTs for a given pressure hull volume.

The above definition and analysis of ROB helps us to arrive at the following relation between the ROB and pressure hull volume to achieve the total blowable volume of MBT required.

The amount of ROB that needs to be incorporated in a design depends on the size of the submarine. Smaller submarines will have lesser freeboard, hence the larger ROB is desirable in smaller submarines than larger ones. ROB in submarines usually range from 10 percent to 20 percent, and the value can reach higher limits in case of double hull submarines.

The transverse stability analysis of a submarine is similar to that of a surface ship, as both follow the same hydrostatic principles. The stability criteria of the submarine in surfaced condition is its metacentric height (GM), as shown in the figure below. 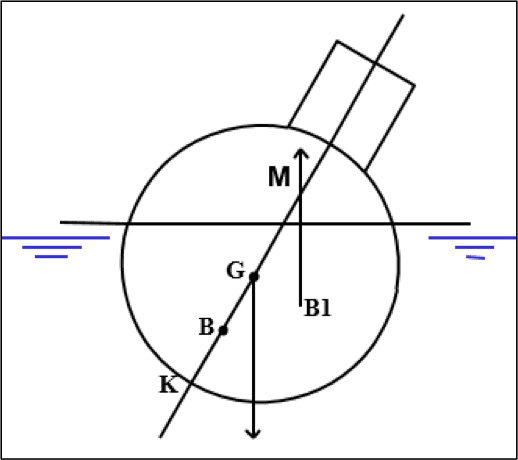 In the above case, when the surfaced submarine heels, the centre of buoyancy (B) shifts to a new position (B1). The metacentre (M) if above the centre of gravity, creates a righting moment that brings the submarine back to upright position.

Submarines are very weight sensitive, as in, during the entire operation of a submarine, all operations are to be carried out in such a way so that there is minimum shift in the longitudinal position of the centre of gravity. As shown in the figure below, the slightest change in longitudinal centre of gravity will cause a trimming moment that results in a drastic decrease in the water plane area. Since the longitudinal metacentric height will be proportional to the on the waterplane area, any trimming moment rapidly reduces the metacentric height. 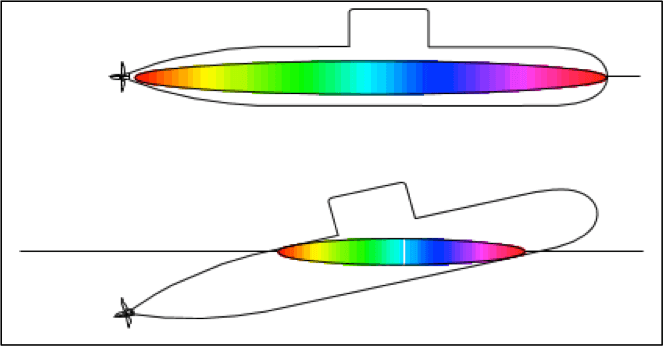 Figure 5: Change in waterplane area due to trimming moment.

When the MBTs are blowed and pressed full, the submarine dives, and now enters an environment of operation that is not familiar to most engineers and designers of surface ships. The first property of a submerged submarine is its ability to execute motions in all six degrees of freedom. The minimum and maximum allowable depths are called ceiling and floor. The above properties are similar to that of an aeroplane, but there is one aspect that makes a submarine unique, that is, unlike an aeroplane, a submarine does not depend on forward motion to support its weight. The fins on a submarine are only used to invoke lift forces that help it to alter depth. But a submarine can remain static in a submerged condition without any forward motion, and without the help of its fins, why?

The answer lies in the weight-buoyancy relation maintained in submarines. When the weight of the submarine is more than the buoyancy, it sinks until any corrective action is taken to reduce the weight or increase the buoyancy. This condition is called Negatively Buoyant.

Similarly, when the weight is less than the buoyancy, the submarine is said to be Positively Buoyant, and floats up until corrective action is taken to increase the weight. But all submarines in submerged condition operate on a condition that lies between the above two, such that the weight and buoyancy are always equal. The submarine, in this condition, is called Neutrally Buoyant. How a submarine achieves neutrally buoyant, is something we will study in further articles of this series. 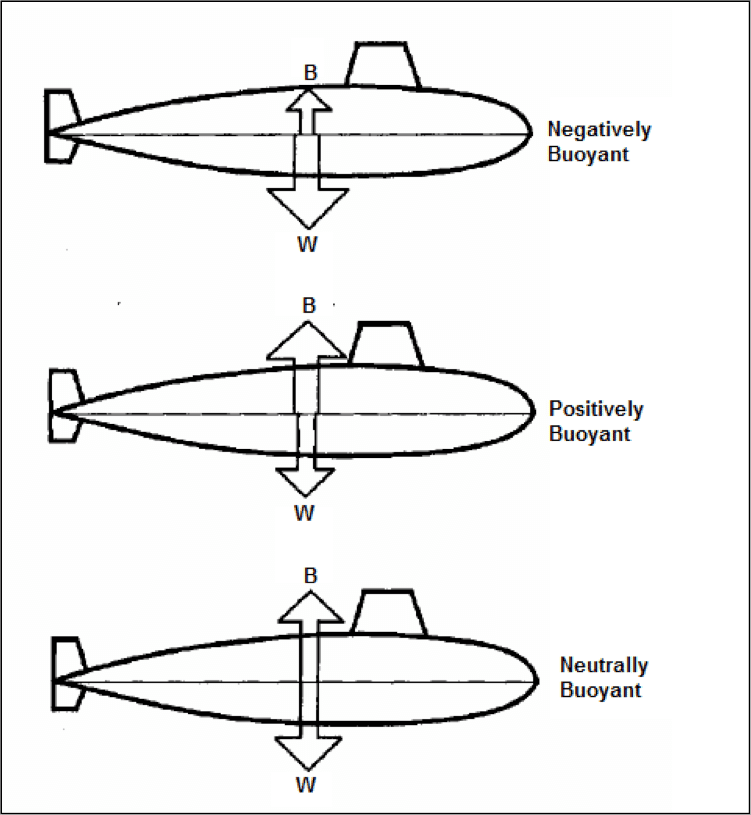 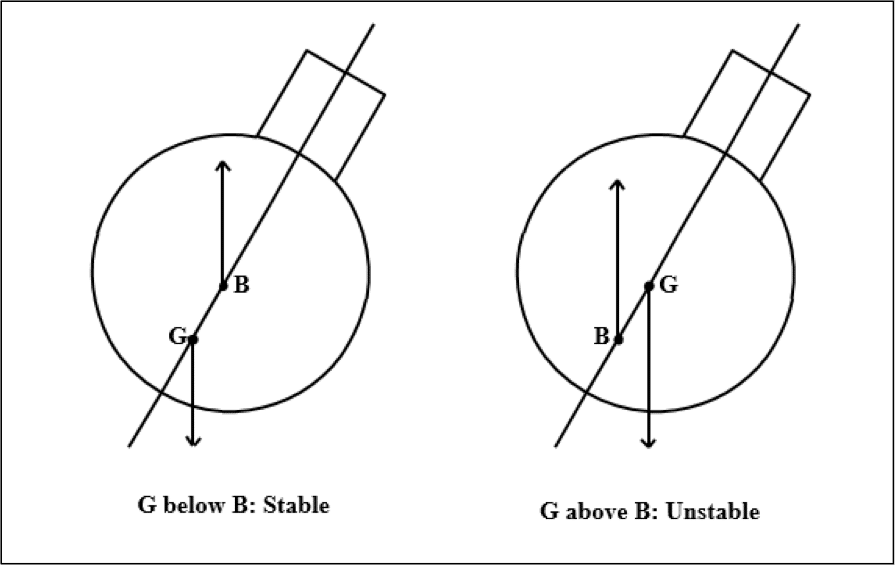 Figure 7: Stable and Unstable Conditions in a Submerged Submarine

As shown, when the G is below B, a righting moment is developed, which brings the submarine to its upright position, whereas, when the G is above B, the submarine capsizes. It is due to this reason, the centre of buoyancy of a submerged submarine is always maintained above the centre of gravity. Or in other words, since the position of B is fixed for a particular submarine, it is always ensured that the G is below B. There are special tanks and systems used to maintain this condition, the details of which are in the scope of future articles of this series.

The stability criteria of a submerge submarine is BG, and the variation of the righting lever GZ with the angle of heel is as shown in the figure below. 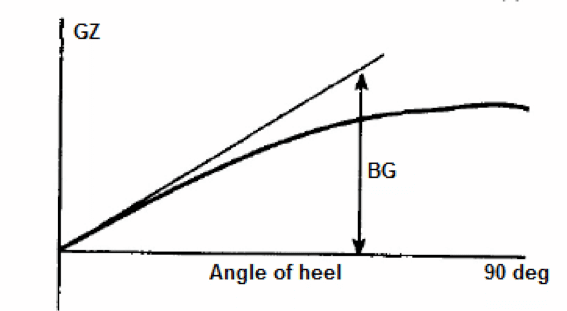 A study unique to the design of submarines is the identification of the buoyancy and weight elements in a submarine. Before we do that, we will first know the meaning of each, and why they are required during the design process.

In some cases, the forward and aft structure that is freely flooded, may contain tanks that are not flooded. In such cases, the enclosed volume of those external tanks are considered as buoyancy elements.

The sail is freely flooded in submerged condition, and it also contains the conning tower (escape trunk), periscopes and an array of masts. The volume occupied by these structures add to the buoyancy, and hence their enclosed volumes are considered as buoyancy elements. 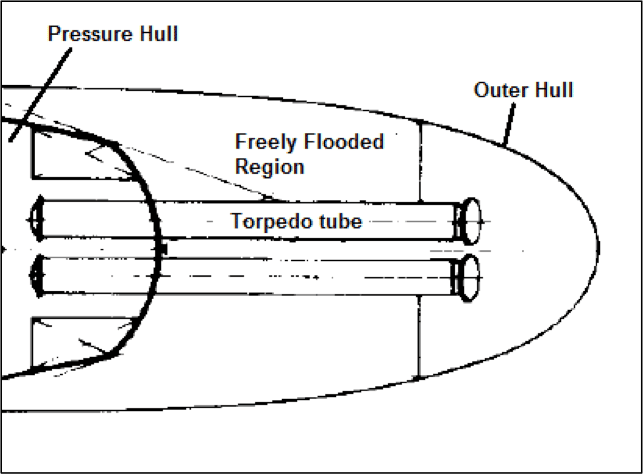 The buoyant volume occupied by all the appendages like propeller, rudders, forward fins, aft fins, sonar arrays, etc. also contribute to the buoyancy. Additionally, any air pockets created in the ballast tanks are also buoyancy elements, and hence these are unwanted as they unexpectedly increase the buoyancy on the submarine, therefore creating a positively buoyant situation.

Components on a submarine that contribute to its total weight are called weight elements. All the fixed weight on the submarine as listed below are among the primary weight components:

A proper listing of all the weight and buoyancy elements are required, along with their individual weight, centre of gravity, enclosed volume, and centre of buoyancy. Once all the buoyancy elements are listed with their volumes and centre of volumes, the data is used to arrive at the total buoyancy of the submarine, and the 3D coordinates of the centre of buoyancy. Similar analysis is done for all the weight elements to arrive at the CG and weight of the submarine. This data is used to correlate the weight buoyancy relationship for a submarine.

Though this article has provided a lot of new insight on analysis of stability for submarines, there are significant parts that are related to this, but will require further knowledge to be understood. Which brings us to the next article, where we will discuss all the different types of tanks in a submarine, and their functions, and how design decisions are taken for each type of tank depending on their purpose.

Different Systems on a Naval Submarine