The breakthrough in marine technology now allows people to explore ocean beds like never before. Designed by Phil Pauley at Pauley Interactive, the all new Pathfinder will enable you to wander on the ocean beds and discover secrets of the marine world. Resembling a land operated tank, this Pathfinder has been designed to be able to bear the rough terrain of the ocean bed, along with the flora and hydro resistance and immense pressure considerations.

The Pathfinder has been designed to essentially work at a minimum depth of 4000 meters or 2.5 miles below sea level. The continuous chain design helps this machine overcome the massive resistance and endure pressure on the ocean bed. This will also allow these machines to cover long distances over shortest possible time. Scientists have set the benchmark for its efficiency at providing a journey equivalent to distance between UK and US, over the shortest time, of course. 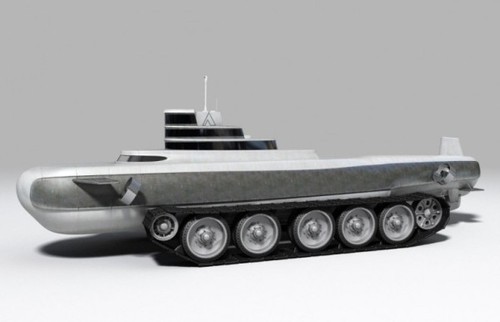 The main features of a typical Pathfinder would include a lithium storage unit to provide it energy, in addition to an umbilical recharging cable. At 2m to 4m width and length of about 10-15 m, this machine would be about 3 meter high and appropriate for sea bed delving. A combined system of track and wheels will propel the tank forward on the ocean bed. For propulsion on ocean bed, it has been provided with two side propulsion devices. 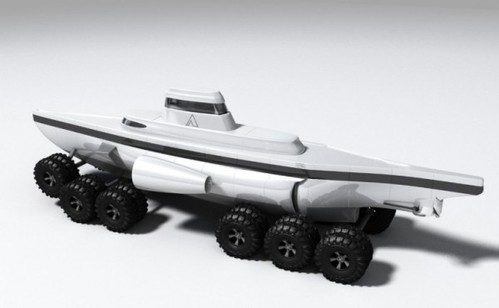 The Pathfinder allows enough room for a three member crew- pilot, co- pilot and communications engineer. Even though Pathfinder aims at making sea bed exploration as safe as possible, emergency ROV has been provided in the side vessel, in order to provide power to the recharging umbilical cable and the machine itself. The vessel forms an integral function for successful transcending of Pathfinder, besides monitoring its movement patterns constantly. 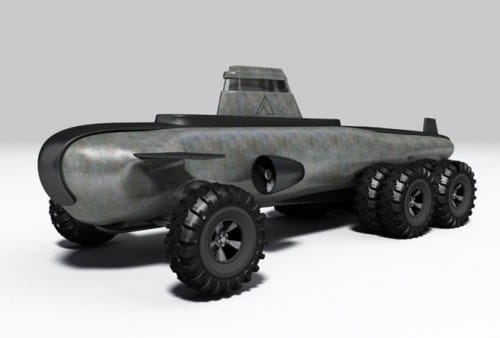 The unique design of Pathfinder will revolutionize transatlantic seafloor research being carried out in several parts of the world. The cherry on top for environmentalists would be the fact that this machine would not harm the sea bed environment in any way. All the waste produced during the course of research would be stored in the vehicle, until it emerges in end.