Take a look at pictures of a vessel used to lift heavy weight (ranging from ships to offshore installations), if you have never been on a ship or seen one in real. Observe those huge cranes on the ships which carry out a series of careful manoeuvres during heavy lift operations, which are very common these days.

It is hard to imagine heavy lifting such as offshore installation, cargo operations (or for that reason, any commercial vessel having some payload) etc. without such cranes.

With such huge power wielded by these cranes or lifting equipment, certain stability and safety issues needs to be considered in their design and operation. There are contractual issues to be looked into too as well, but we will concentrate on something more central to the topic, i.e. the stability of the ship during such an operation.

Several lifting operations simultaneously take place on a single ship and therefore it is not possible to work with the cargo handling without proper assessment of the risks involved. They are the so called Project cargoes (which require disassembly for transport and are again reassembled before delivery). Heavy lift ships and major commercial operations have to customarily adhere to the accepted regulations for the Safety of Life at Sea. 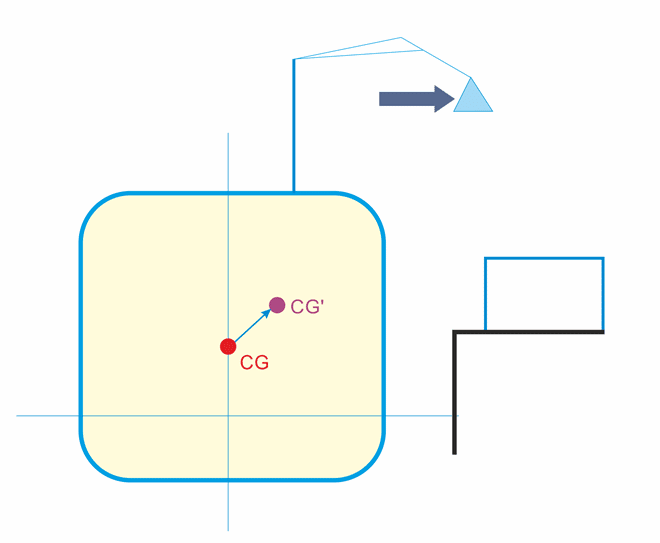 Figure 1: Schematic showing the shift in CG with location of load away from ship centreline.

When the crane or the derrick of your ship carries a load on either side of the centreline of the vessel at a certain height from the deck, there is a tendency of the ship to heel in that direction (as a rule of the thumb). Something similar thing happens as in the case of a simple pendulum where its weight is free to swing. The weight shifts the centre of gravity, and the CG of the ship being at a different position has to be previously accounted for so that it does not violate the original intact stability of the ship! 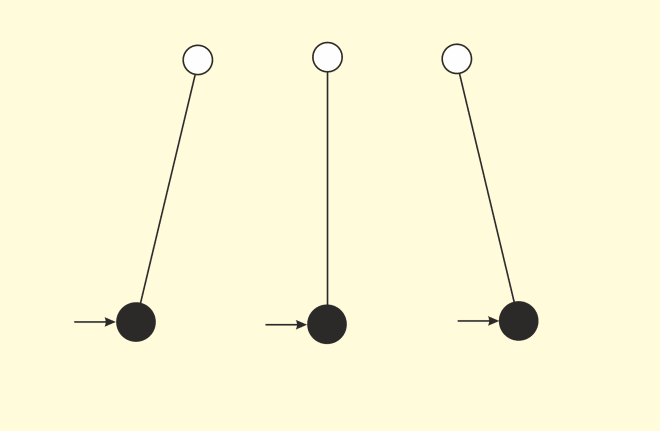 Figure 2: The Swing Analogy in Hydrostatics gives a mathematical model to the phenomenon

This term swing as we will use henceforth, has an interesting feature. It happens so that when this cargo hangs at a certain height, such that the length of the ‘pendulum’ is minimised by loading it close to the crane head thereby killing the swing (reducing the swinging motion of the weight is necessary to prevent damage to the nearby structures) and improving the stability. This is because the weight always acts, as a rule, at the point of suspension or the pivot, and thus, the stability of the vessel is not affected any further. 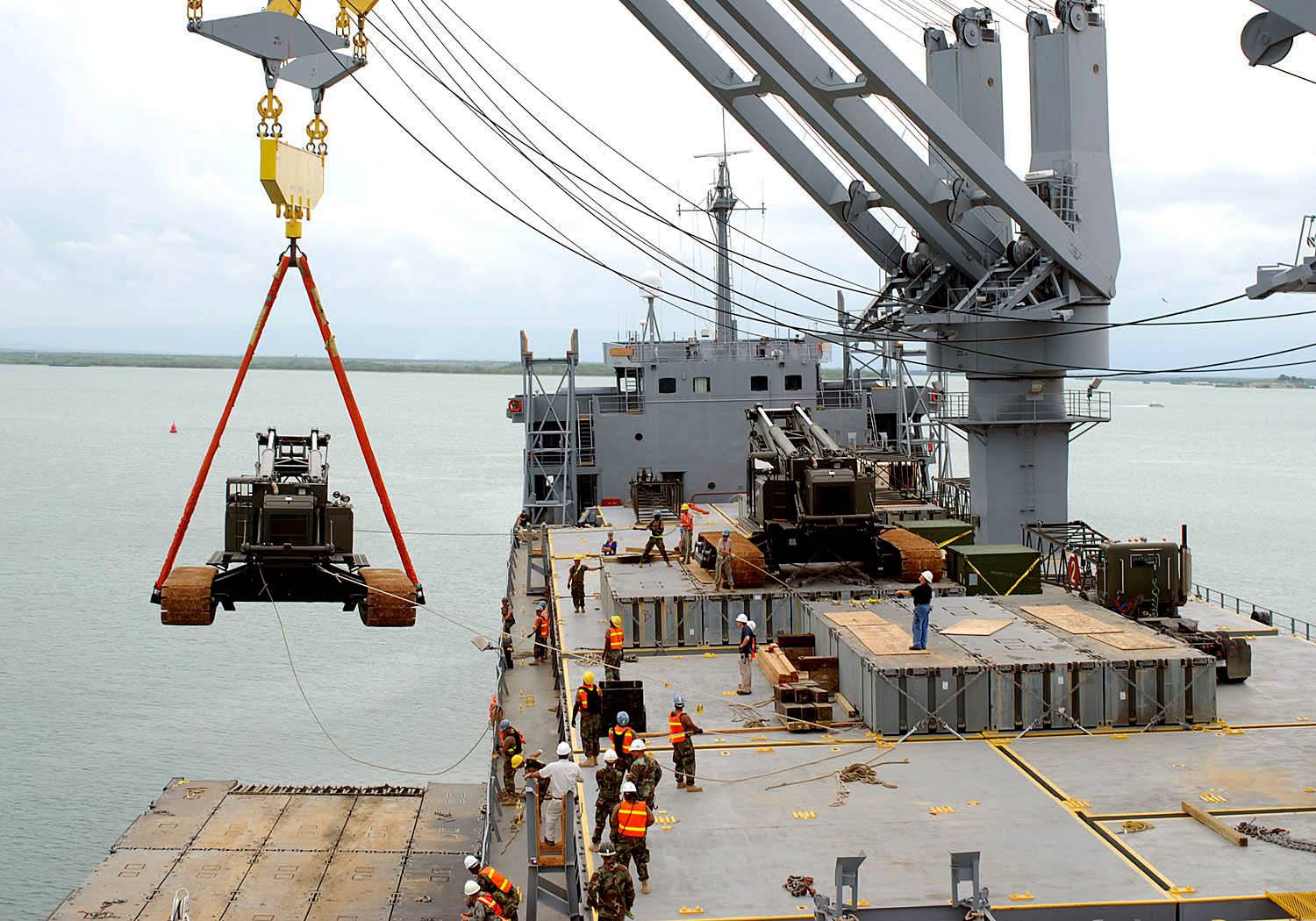 Let us say, at a port, our ship is loading a very heavy weight, almost comparable to a fraction of the ship’s own weight. The derrick/crane lifting the weight from the port is initially upright. In other words, the centre of gravity is on the plane of the centreline of the ship. When the loading is in progress, (that is the crane’s boom is now outboard), the ship lists in that direction. This list must be kept as small as possible so as to keep it under control.

If you look closely, the derrick has to first raise the head and swing it in order to move the cargo across into the position in the hold. This means at first, transverse shift (port to starboard) in the centre of gravity is less while the vertical rise is prominent. This becomes critical especially when the lift is quite inboard almost next to the centreline (because if the lifting is inboard, then it can be visualised as the ship’s centre of gravity to be rising), here the vessel tends to become upright very quickly,  so that by virtue of its pendulum like motion, it will swing to the other side! 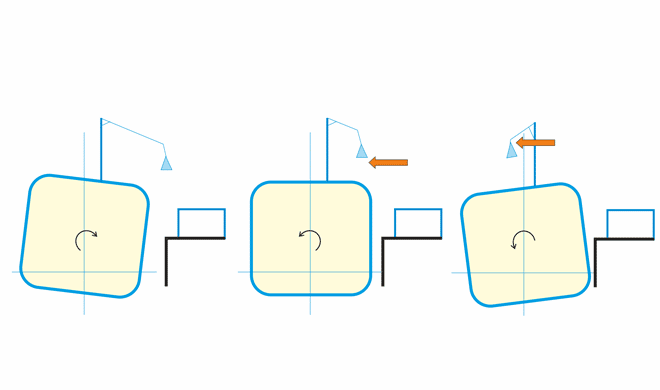 Figure 3: Illustration of the effect of the violent up righting motion which might cause a swing to the other side.

Such motion can have implications of its own as the vessel will lose control and heel to the opposite side. Also, it is not always the CG which is the main culprit here, when your vessel sinks partly, the metacentre of the vessel won’t remain the same either.

Finally what would matter would be the metacentric height GM.

A negative metacentric height causes a situation of unstable equilibrium, which is responsible for generating a capsizing movement (Not Good!). Although this doesn’t persist for the entire range of heel, as the submerged portion on the heeling side generates enough buoyant force to counter the moment and eventually the GM becomes zero again. Beyond this, the vessel recovers positive stability. If a vessel has an inherent negative stability, the ship will find stability at a certain angle of loll. 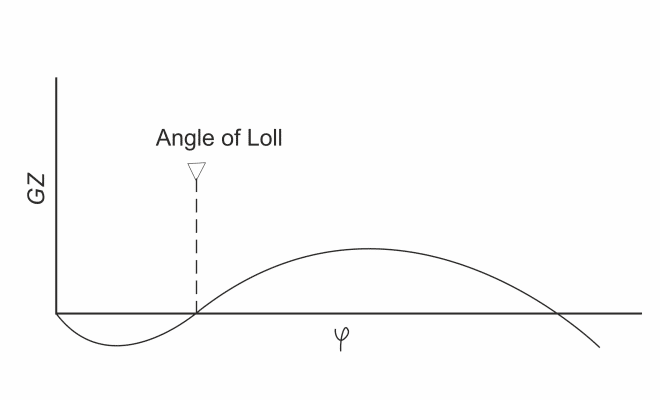 Figure 4: The angle of Loll for a typical vessel plotting GZ for various values of inclination. Taken simply, the GZ gives the indication of vessel stability and should necessarily be postive like the GM

It is important be able to differentiate between a list and a loss in stability, as a vessel cannot be simply ‘levelled’ by ballasting the higher side. Why?

Imagine your ship has a list towards the port. So your starboard side is higher. A normal person would assume, that ballasting on the starboard side would reduce the list. But that is wrong. Why? Because, since the starboard side is already higher than the port, adding weight on the higher side would raise the centre of gravity, therefore reducing the metacentric height GM. As a result, you are losing more stability. Ballasting should be done on the lower side (in this case, the port side). Initially the ship heels slightly towards the port, but when the GM increases, the ship is more stable. When sufficient righting moment is achieved, then the weight can be balanced on both the sides to bring the ship back to upright position.

Speaking of heavy lifts, let’s think of a fishing vessel with some catch in it. Now, if this vessel recovers a sizeable catch comparable to its own weight (unfortunately, which is not known beforehand) and is about to swing the catch inboard, a highly overweight cargo would cause enough instability to swing beyond to the other side causing an immediate opposite list. This roll might continue dangerously with reduced stability and vessel will be prone to flooding from an open hatch. (Warning: your wet fish cargo is good at sliding across the deck during rolling motions; enough care must be taken to prevent cargo shift). 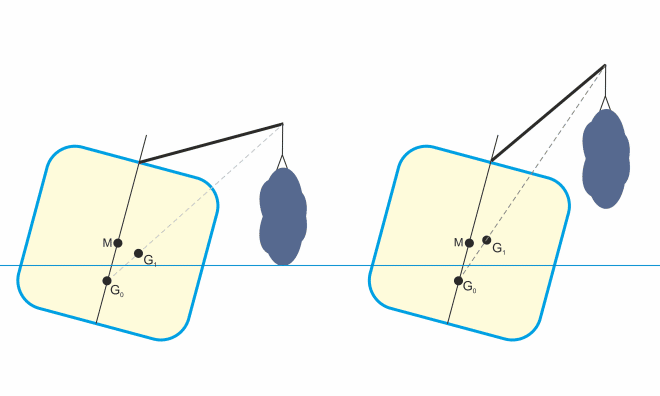 Figure 5: Simplified schematic of a ship with shifting cargo. (G Moves in the direction of derrick head)

Now, for the bigger picture, finally. What we told you above is a special case with a smaller vessel. Now, remember somewhere in the beginning where we told you about offshore heavy lifting vessels? We are talking in terms of lifting weights of the scale of 10,000 tonnes! Many of these vessels have specialised water ballast systems for the purpose as it is not as simple as retrieving the fish catch in smaller amounts. These sort of operations (especially with oil rig installations) require high degrees of accuracy as per stability criteria. This is expressed in terms of the tolerances which would usually be in the range of a few metres. A vessel this capable is normally equipped with ‘Dynamic Positioning’ (DP) Systems. The entire ship operates based on the working of an on board mainframe computer system in conjunction with thrusters, propulsion units and control surfaces (by having a numerical model of the ship interacting with the external live forces taken into account). 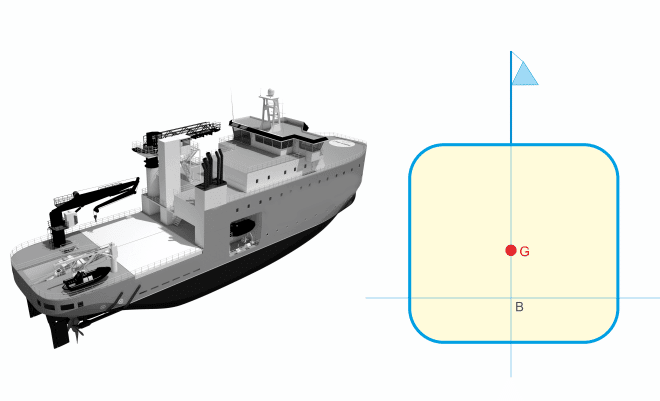 Figure 6: Example of a moonpool arrangement for heavy lifting operations

Another facility that only some vessels can have are the moonpool arrangements where the lifting operation is done through an opening running parallel along the depth of the vessel. Here, the crane operation is done while keeping the ship’s centre of gravity close to the centre line and so the heel motions are limited.

Some things which require repeated checks before the operation are: