You are here: Home › Guidelines › A Guide To Plan Stowage On Chemical Tankers
TwitterFacebookLinkedInPinterestBuffer

An efficient stowage plan on board ship is imperative to ensure overall safety and stability of the ship. Upon receiving a stowage query onboard a chemical tanker, the Stowage to be planned onboard chemical tankers by the concerned officer as per following points:

Step 1 : Load line restrictions: The sea areas are divided into various load line zones around the world. These zones define or limit the load line to which a vessel should be loaded while passing through them or within such zones. Hence, when loading the vessel to full drafts such as summer drafts, winter or tropical drafts, the zone falling within the route of the vessel with the least permissible draft according to load line zone gets priority.

This can better be illustrated with the following example. 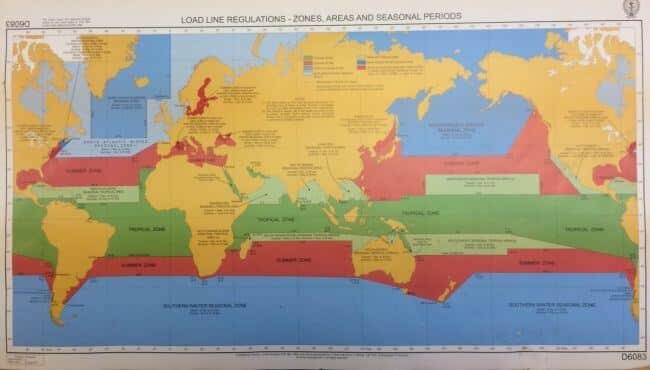 Step 2: The list of products, the vessel is certified to carry is provided as an attachment to International Certificate of Fitness for the carriage of dangerous chemicals in bulk. Operational notes as per IBC Code are also provided with the list which must be referred prior replying to any queries related to stowage of cargoes, for e.g. a Chemical tanker Vessel is certified to carry benzene when it’s found to carry at least three sets of safety equipment, each permitting to enter personnel to enter a gas-filled COMPARTMENT AND PERFORM WORK FOR 20 MINUTES IN ACCORDANCE WITH SOLAS  REGULATION II-2/10.10.

STEP 3: THE PROCEDURES AND ARRANGEMENT MANUAL TO BE CHECKED for identifying incompatible hazardous materials and rules for carrying these materials in bulk as cargo in cargo tanks. It’s provided in the form of a chart which states that two cargoes are said to be incompatible to be carried with each other if the chemical groups of the said two cargoes have an “X” marked at their columns of the intersection.

For e.g. In the compatibility chart if Sulfuric acid column intersects at “X” with Aldehydes, it makes the two chemicals incompatible to be carried with each other.

Another example where alcohols can be carried with Ketones, as according to the compatibility chart, their respective columns intersect without an “X” thus making them compatible to be carried together. 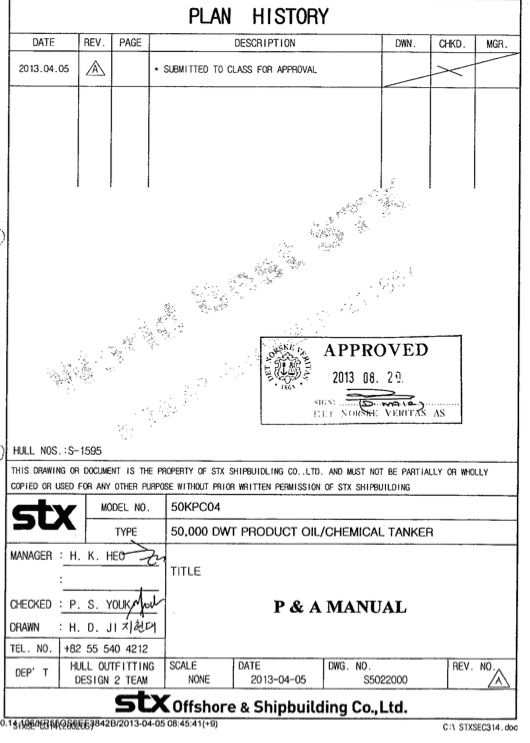 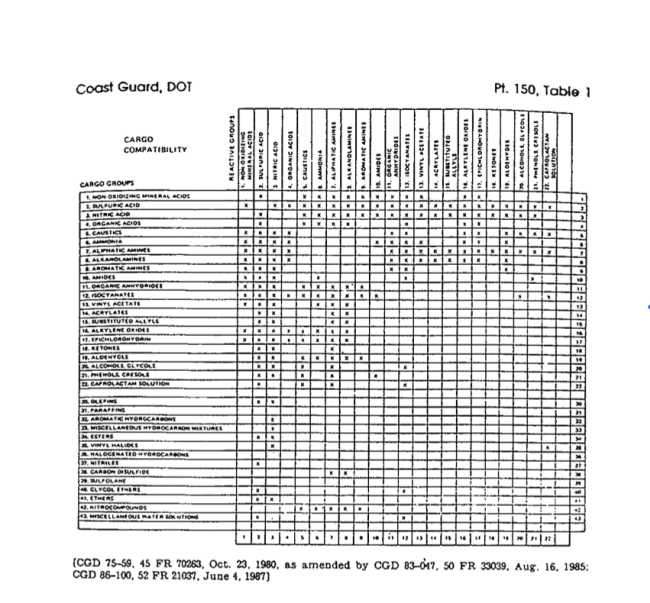 Step 4: Considerable changes in DWT due to bunkering, consumption of bunkers during sea steaming, consumption and generation of fresh water, generation and discharge of slop or oily wash water generated during tank cleaning – all these variable factors added up to cargo quantity affect the deadweight calculations of the vessel, due to which, the cargo quantity may be affected.

Step 5 : The procedures and arrangement or loading manual or the trim and stability booklet can be referred to know the maximum permissible density of cargo a vessel can load. Usually, chemical tankers are permitted to load cargoes unto a specific gravity of 1.25, however, it’s advisable to consult the aforementioned manual prior planning stowage of cargoes.

For e.g. –  A trim and stability booklet read as “All cargo and Slop tanks are strengthened for unrestricted filling with cargo SG 1.025t/cubic metres and filling up to full deadweight.” 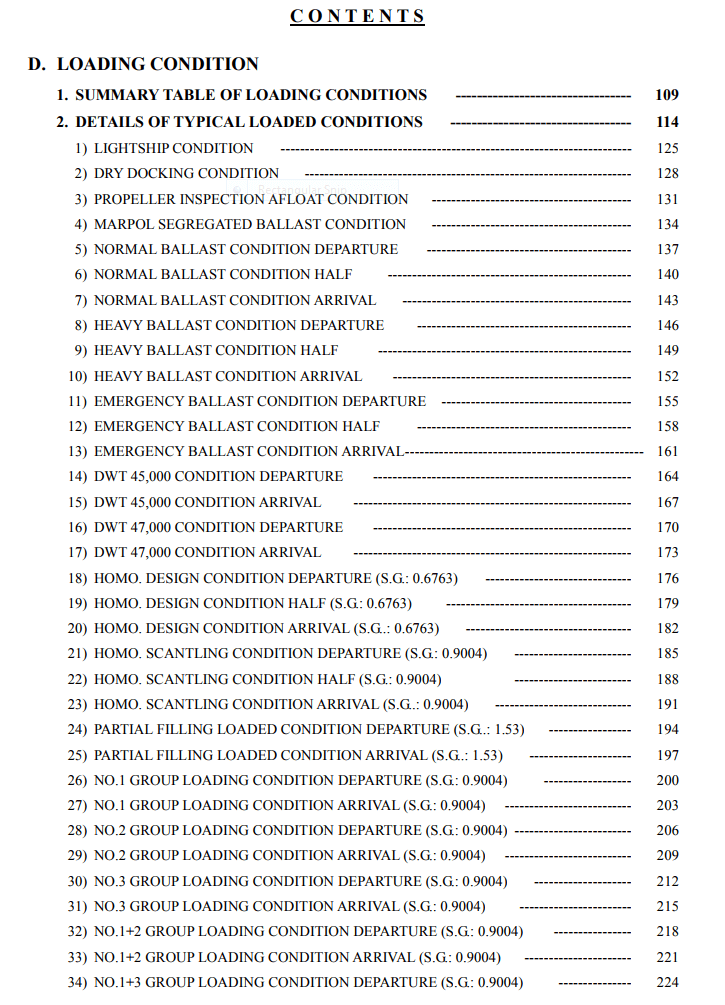 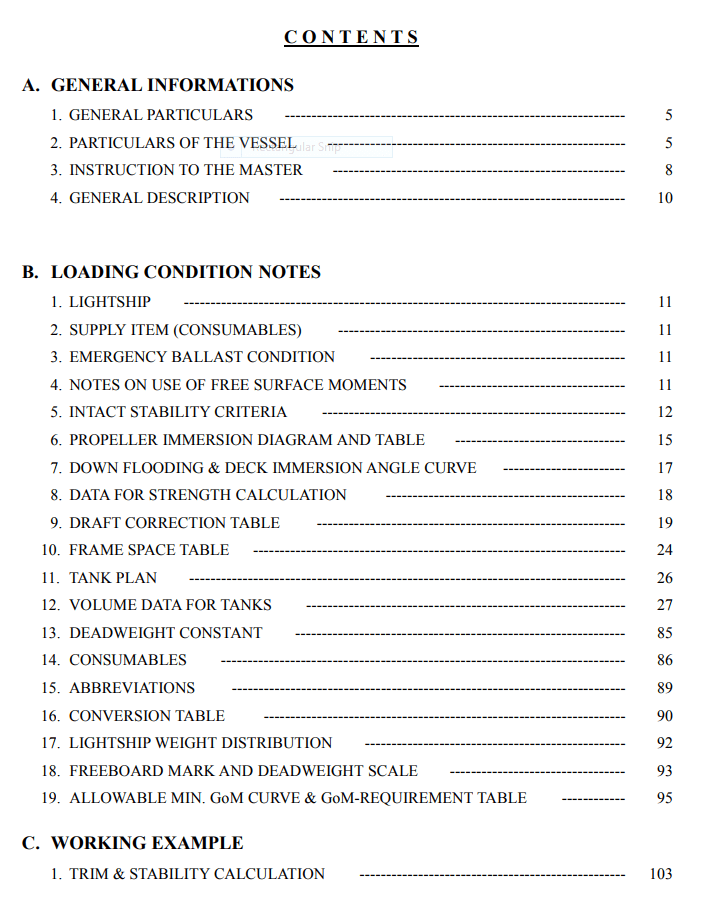 Further, it is to ensure that the damage cases which are provided in damage stability booklet to assess stability parameters in worst possible conditions are also complied with. This is important to assess as it will ensure the vessel will be afloat even when there are damage and subsequent flooding, resulting in loss of buoyancy in some of its compartments. 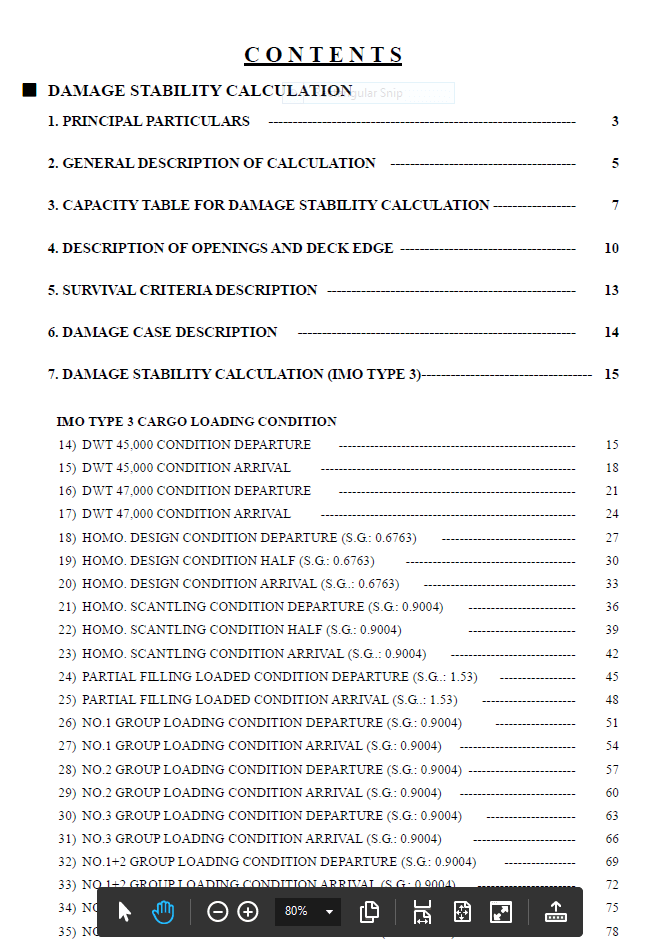 Step 8: Another important aspect of stowage is the port rotation and sequence of discharge of cargo. Often double valve segregation is required when two or more grades of cargoes are carried. If such segregation cannot be complied with, then such stowage cannot be planned. This is to prevent mixing of grades or altering of their properties.

For e.g. A chemical tanker with 5 pairs of tanks, amounting to 10 tanks in total with 2 valves on each loading line for a pair of tanks can qualify for carrying 5 grades of cargo as the can be segregated with double valve, provided the lines used for loading are also segregated by double valve with other tanks.

Step 9: Care should be taken to assess the rotation and sequence of loading and discharge of grades in tanks to prevent contamination by the line. For e.g. A chemical tanker loaded Jet A1 in 1W , 4W Cargo tanks using line no.1 & 4 and Naptha in 2 W, 3W cargo tanks from line no 2 & 3. At discharge port, she has to use the same lines for respective cargoes and not mix the grades with the previous contents of the line. Thus, the rotation of grades using same lines has to be carefully thought and planned.

2. One should also consider to maximise stowage in tanks and to reduce the number of slack tanks which will reduce the free surface effect and provide better stability to the vessel. E.g. for same capacity tanks, a stowage of 50% of Xylene in 1W and 37% in 7W will not be advisable when it can be 87% in 1W or 87% in 7W.

3. Usually, tanks are loaded maximum up to 98% of their total capacity. However, care should be taken where temperature differences between cargo at load and discharge port are more than 35 degrees and up. Especially, heated cargoes loaded to 98%, can lead to solidifying in ullage ports, PV Valves and Inert Gas and drop lines, level and pressure sensors due to rolling and pitching during the voyage, thus reducing the stowage further reasonably below 98%. It is important to prevent such situations.

4. Information about Compatibility of cargoes for segregation with respect to toxicity, heat, water contamination, compatibility with the paint coating of the tank can be referred from cargo operation or loading manual.

5. Cleaning condition of tank and tank cleaning arrangements provided onboard along with compatibility with previous cargo carried, should also be referred while planning stowage of cargoes.

Do you know any other i.mportant points that should be added?

Let’s know in the comments below or email us at – info@marineinsight.com