One of the most vital aspects of trading with tanker ships is loading and unloading of the cargo with utmost safety and efficiency, without polluting the marine environment.

Safety of cargo operation implies and includes pre-planning of the cargo before the quantity is nominated and the fixture (Consists of approximate quantity and nomination of cargo, including details of charter parties, load port and disport particulars) is made. 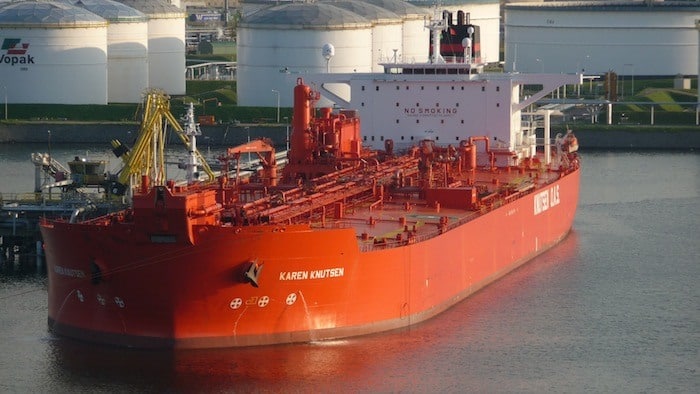 Environment protection is very significant in respect to the large quantities of oil and chemicals, which might get discharged into water as a result of accidental oil spills or human errors. Sometimes the quantities are large enough to disrupt the entire biological chain of the marine environment in that area and to cause adverse effects of marine pollution.

Charterers, before fixing a vessel on a particular voyage, generally ask for quantities of cargo the vessel can load. Few relevant points are to be practiced by the shipboard staff involved with the procedures.

A vessel loaded palm oil from Indonesia at the temperature of 35 deg. Charterers requirements was to maintain a temperature of 30 degrees throughout the voyage. The vessel’s crew commenced heating once the vessel left the loading port. After 21 Days the vessel reached discharge the Port of Rotterdam, where the atmospheric temperature was 4 Deg. The vessel maintained a temperature of 30 degrees and commenced the discharge. However upon completion of cargo the Ship /Shore difference was found more than 100 tons. Upon investigation by the P & I surveyor it was discovered that around 100 tons of cargo was found in solid state below the heating coils in the cargo tanks. The P & I club investigation held the vessel responsible for the cargo claim as the voyage instructions clearly specified that recirculation of cargo to be carried out during the voyage on a regular basis which the ship’s crew neglected.

The ullages to be loaded should be determined as under:

The maximum quantities to be loaded should also take into considerations air and sea water temperatures, which play an important role in changing the volumes of cargo inside the tanks, especially when tanks are loaded above 95%. E.g A ship loading in Russia and Unloading in Persian gulf must consider the fact that the range of temperature difference of cargoes at load port and discharge port can get as high as up to 40 – 50 degrees in extreme cases.

Real Life Incidence -2Vessel proceeded to New York after loading Motor Spirits (Blend Stock) from Reliance Jamnagar Marine Terminal at Sikka in India. The samples were taken at load port and vessel proceeded for a 31 day long voyage to New York. Upon reaching the discharge port, the surveyor again took the cargo samples and after analysis the cargo was found off specifications.

P & I inspection was called for and the investigation indicated that there were remains of water and previous cargo in the tanks from the tank cleaning which was carried out to make the vessel ready for loading Motor Spirits. However, the remains of wash water and previous cargo i.e. condensate, reacted with the present cargo and hence altered its properties thus leading to rejection of cargo by the receiver. The vessel was off hired for 15 days to reach another port and discharge the rejected cargo. The reason was inadequate stripping after tank cleaning which led to residues remaining in the tank and loading in the same tanks.

These are some of the important points to be kept in mind before answering or committing cargo quantities to charterers for a hassle free and loading, safe carriage and discharge of cargo, and for avoiding delays and exorbitant claims involved.

The above list is not exhaustive as tankers carry a varied range of crude oils, allied products and chemicals. Each cargo has its own peculiar characteristics and chemical nature thus requiring precautions and handling as per the same.