When we look at the stern of a ship, we often wonder as to why do ships have various types of aft end structures and what’s the purpose of each one of them. While constructing and designing a ship, a number of factors such as hydrodynamic efficiency, construction simplicity, flow patterns & aesthetics are considered for designing a ship’s stern.

In this article we will take a look at the common types of ship’s sterns used.

Basically, the following criteria governs the choice of the ship’s stern form:

Basically, the sterns can be broadly classified into the following –

The topside and the underwater form the two major parts of the stern. The above three types represent the topside.

In addition to those mentioned above, there are numerous other special forms. Other types of stern include raked (or transom raked), transom flat, sugar scoop, lute stern & bustle stern etc. which are used on small vessels or yachts and are derivatives from the above three major types. Also these sterns can be used in combination of two such as flat transom & sugar-scoop together, also known as constanzi stern, which was used in the case of Queen Mary 2 for better efficiency and flow around the stern.

Considerable attention is paid to the overall design of the stern in order to improve the flow into and away from propeller. The cruiser stern was for many years the favored stern type for ocean going ships, but today most of these vessels have transom stern.

Merchant stern or elliptical stern or counter stern was the conventional form for cargo ships during the early 20th century. If viewed from above, the deck line and the knuckle line are roughly elliptical in shape. Counter stern or cutaway sterns are characterized by an upwardly curved profile, beginning fore of the aft perpendicular. They are similar to cruiser stern, however, on counter the cutaway for the rudder occurs above the waterline, and consequentially the counter stern has a pronounced aft overhang and exposed skeg. Benefits of having counter stern includes larger deck space in the aft, measurable amount of reserve buoyancy is provided and it also provides an aesthetic choice to the owner. 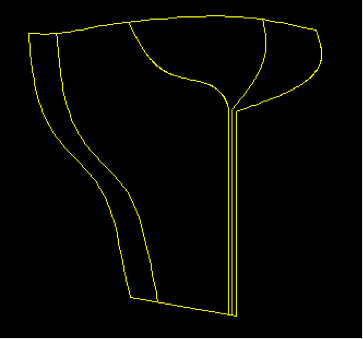 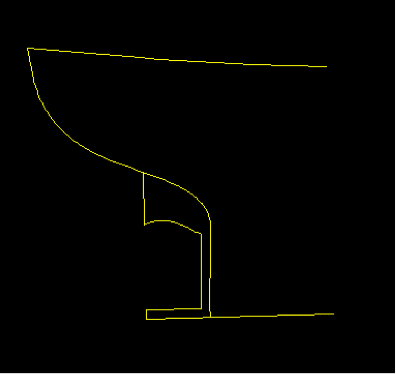 Basically a transom stern is a stern shape characterized by a generally flat shape extending to the waterline. The transom stern offers a greater deck area aft, is a simpler construction, and can also provide improved flow around the stern. The flat surface of any transom stern may begin either at or above the waterline of the vessel. Transom stern can be viewed as a cruiser stern whose aft – most portion is cut off. 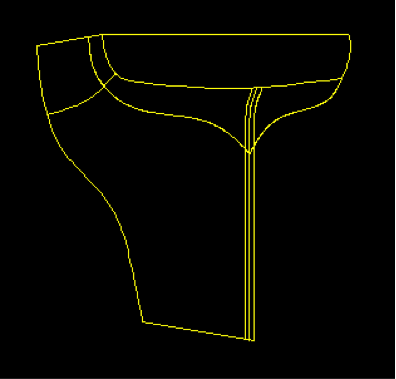 Design considerations on a deeply submerged square or transom stern: 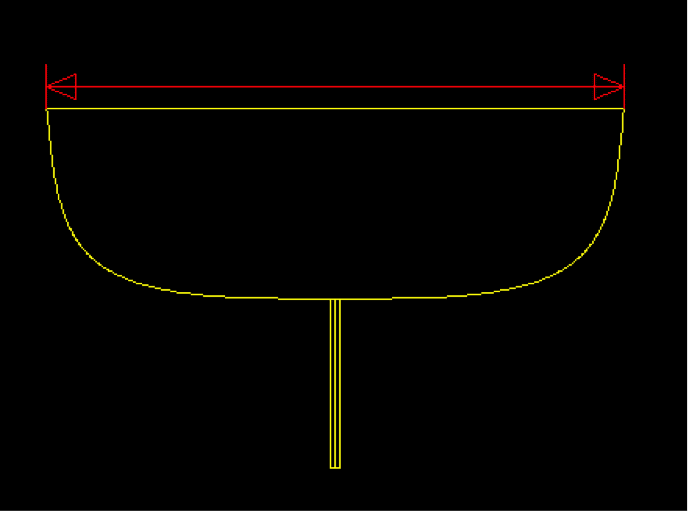 Clearance area for the propeller 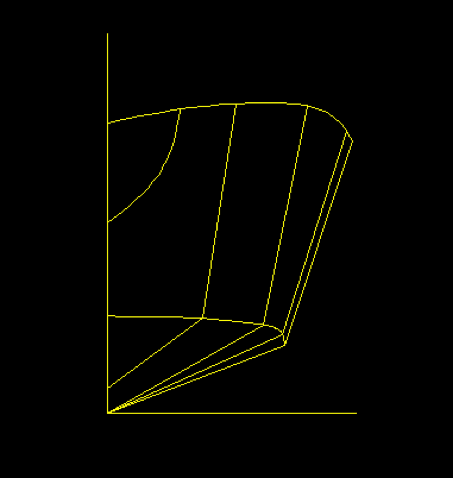 Knuckle or Chine of a ship

The Naval Architects of Queen Mary 2 designed a hybrid stern by melding a rounded into the square shape in response to the rough seas that the ship would experience in a North Atlantic winter. This is known as a Constanzi Stern. A constanzi stern provides the transom required for azimuthal pod propulsions, and provides better sea holding characteristics in a following swell than a standard transom stern.

The construction of the stern is one of the most difficult tasks during the ship production process. As the cruiser stern overhang may be subjected to large slamming forces, a substantial construction with adequate stiffening is required. Solid floors are fitted at every frame space, and a heavy center girder is fitted right aft at the shell and decks. The stern plating is stiffened by cant frames or webs with short cant beams supporting the decks and leading to the adjacent heavy transverse deck beam. Further stiffening of the plating is provided by horizontal stringers extending to the first transverse frame.

Cant frames are not required where the transom stern is adopted, as the flat stern plating may be stiffened with vertical stiffeners. Deep floors and a center girder are provided at the lower region of the transom stern construction.

A lot of research is still carried out to find even better & effective aft-end structures in order to improve the hydrodynamic efficiency of the vessel. Starting with single stern design to a combination of two stern design, tickle your grey cells a little harder and maybe you can revolutionise the design of the aft – end structure.

Do you have more information on different types of factors considered for choosing a ship’s stern?

What’s The Importance Of Bulbous Bow Of Ships?
Different Types And Designs of Hatch Covers Used For Ships