Fuel oil, diesel oil, and lubricating oil tanks are the names of tanks everyone is aware of. But there are several tanks apart from them which also play an important part in the overall working of the ship. Moreover, there are also tanks of which many people are not aware of. In this article we will have a look at some important and some not-so-famous tanks present on the ship.

Separate tanks are used to store oil which is used for different valves on the ship. Valves such as ballast valves, fuel valves etc. are remotely operated by hydraulic oil.

Tanks for hydraulic oil are located outside the engine room to store winches oil.

Steering gear hydraulic oil tank is normally located in the steering room and is used as a storage tank to receive bulk oil.

Fresh water tanks present onboard may be two or more in numbers, depending upon the size of vessel. They are used to store sanitary water for accommodation, engine room and deck use.

A separate drinking water tank may be present to store drinkable water received from shore or to store water produced by fresh water generator (F.W.G). 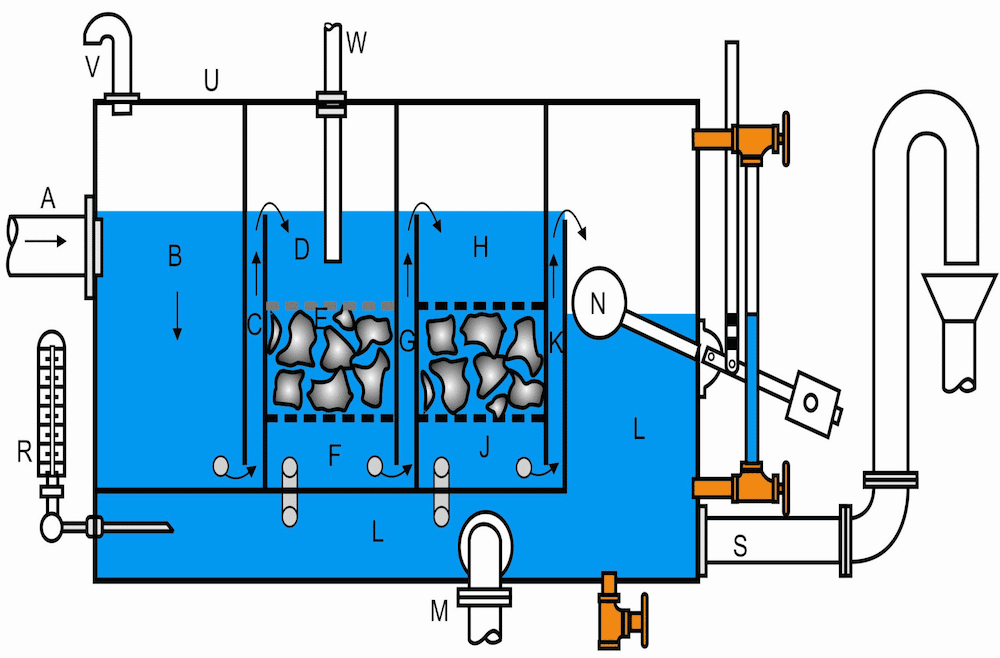 Ballast water tanks are present all over the ship for ballasting and de-ballasting purpose for stabilizing the ship and for acquiring correct draught for port and canal crossing etc. Double bottom tanks are generally located outside the engine room.

This tank is located around the stern tube of the propeller and acts as a cooling media for the same. It can be used as a fresh water water tank of the ship.

Slop tanks are present onboard tanker to store oily water mixture from cargo tank washing. The number of slop tanks depends on the Dead weight Tonnage (DWT) of the vessel. 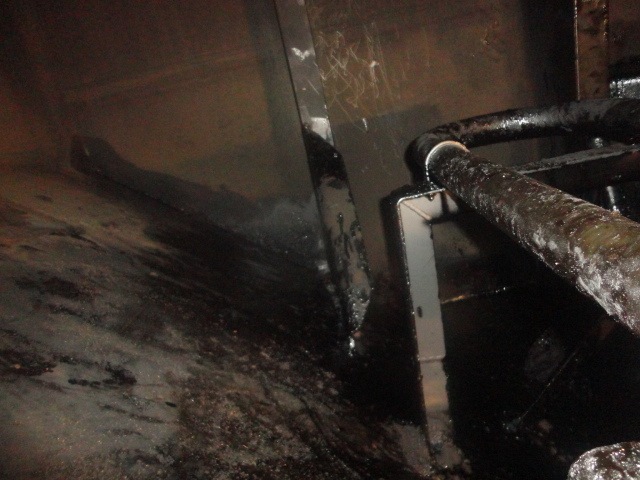 Located in engine room, this tank is used to store sludge produced after treating fuel or lube oil through purifiers.

The oily water separator is supplied through secondary or separated bilge tank and a shore connection is also connected to this tank to dispose off all the collected bilge to shore.

The sludge produced by the main engine in the scavenge area is collected in the small capacity scavenge drain tank.

When oily water separator operates, it separates oil from water and that oil is collected and discharged into a separate tank known as O.W.S sludge tank.

Other Not-So-Famous yet Important Tanks

The drain tank is located in the engine room. All drip trays and other drains are connected to this tank.

This is a small tank separately fitted in the main engine and all auxiliary engines to detect any fuel leakage. The tank consists of an orifice and a float. If the leak is very small, it will pass through the orifice; but if leakage increases, the oil will not be able to pass through the orifice and tank level would increase, rising the float and thus giving an alarm.

The main engine stuffing box scraps the impure lubricating oil, which is collected in a separate tank known as stuffing box tank.

The stern tube system oil is circulated in the system by means of two tanks, lower gravity and upper gravity tanks.

The waste oil tank is a separate tank used to collect waste and impure oil produced onboard ship.

When the economiser tube washing is done, the soot water is collected in a soot collecting tank.

The sewage produced from the onboard crew is collected in a common tank known as sewage collecting tank. The sewage plant takes intake from the sewage holding tank.

The jacket water system of main engine, auxiliary engine and some times main air compressor are provided with individual expansion to provide provision to compensate change in volume and maintaining positive pressure. 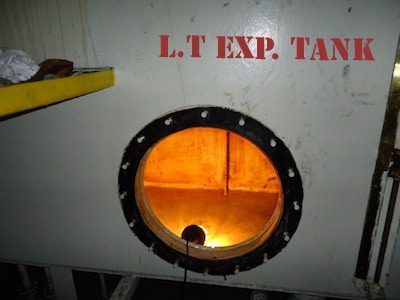