While most of the times gigantic ships take our breath away with their sheer size, it is the engineering marvel behind them that makes them truly remarkable. Propellers that move ships forth are of a size to be able to bear weight of such a huge ship. Hence, it’s only fair some credit be given to them and their size. Here is a list of the biggest ship propellers marine world has seen until now. 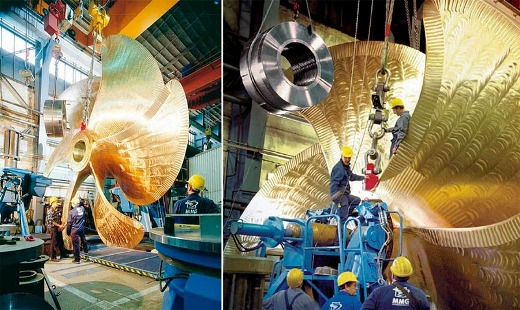 Emma Maersk itself is the largest container ship around today. Justifiably so, it the largest ship propeller ever built, providing the ship maximum speed of 27 knots. The engineering that went into making and ensuing sustenance of such a large propeller is certainly something to wonder about, along with its size, of course.

This container vessel contains probably one of the largest ship propellers ever built. The six-bladed propeller is about 9.1 meter in diameter and weighs 101.5 tons. 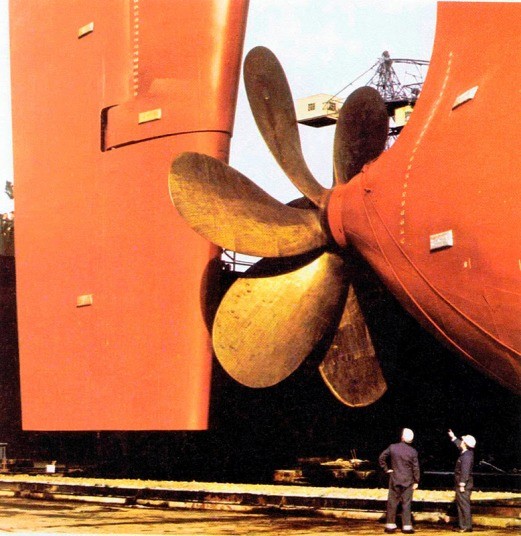 Its height can be compared to height of a three storey building making it easily contender for the biggest ship propellers in the world.

3. Oasis of the seas

Today’s biggest passenger ship also has one of the biggest ship propellers in the world. 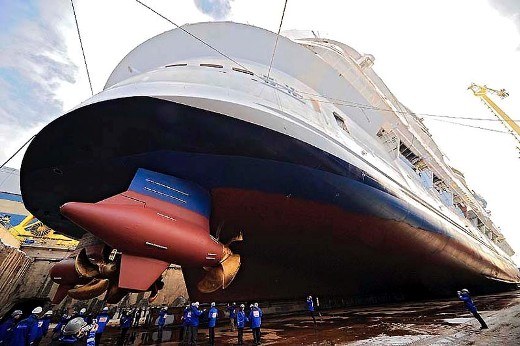 ABB manufactured six meter propellers run the massive ship. The propellers are rotatable and provide greater maneuverability to the ship.

Titanic was one of the biggest ships of its time. Proportionately, its propellers were just as huge too. This passenger vessel featured two propellers, each with three blades. 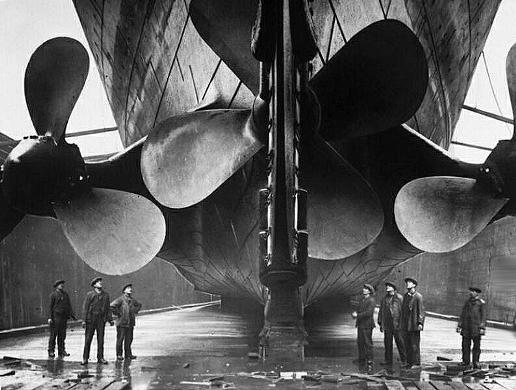 QE 2 is another huge ship that flaunts huge propellers. It holds a pair of propellers, each 22 feet in diameter and weighing about 43 tons. 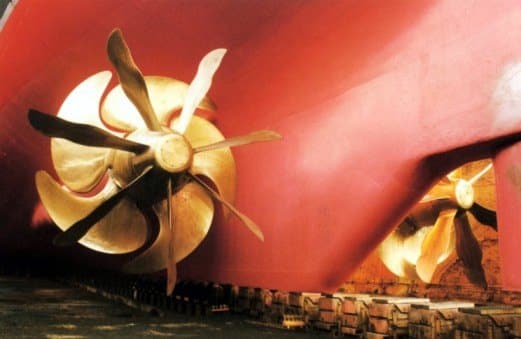 This makes them one of the largest ship propellers. The blades are specialized to provide propellers longer life. This ship carries spare blades on its foredecks all the time.

The Antarctic icebreaker ship- Palmer flaunts a rather huge marine propeller. The ship holds a total of two propellers, each about four meters long with four blades. 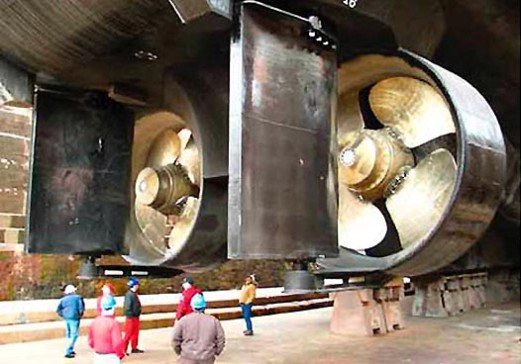 The propellers have been made from a sturdy alloy to give them extra strength. Norway manufacturers have been able to pull a feat with these propellers that can provide the ship a speed of even three knots in thick ice cover.

This carnival cruise features one of the biggest ship propellers in marine industry. 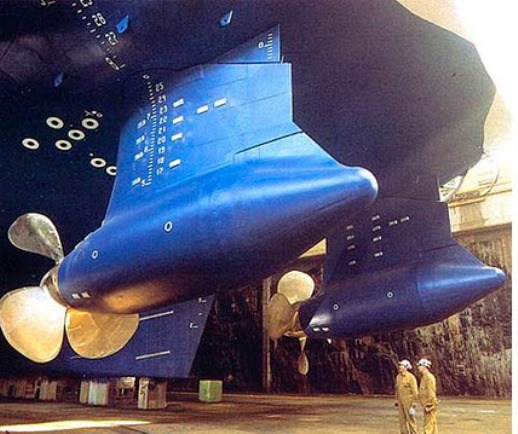 The azipod propulsion system is just as efficient as it is gigantic.

Bismark was one of the most important German battleships when it was launched in 1939. One of the reasons making it so important was its propulsion system that included three propellers, each 4.7 meter in size. 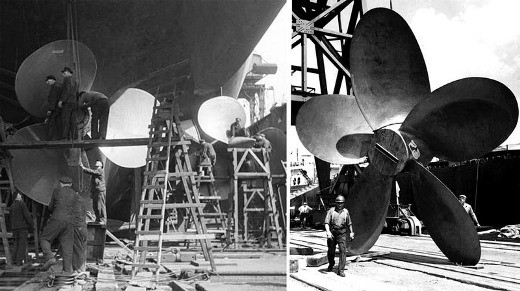 These propellers were huge structures made of manganese bronze alloy. These huge propellers could move at speed of 270 revolutions per minute and displace a volume of 2.4 cubic meters per revolution.