Biofouling is one of the main problems faced by every type of ship at the sea. Marine growth such as barnacles and mussels have been the reason for problems such as decreased ship efficiency, corrosion etc. 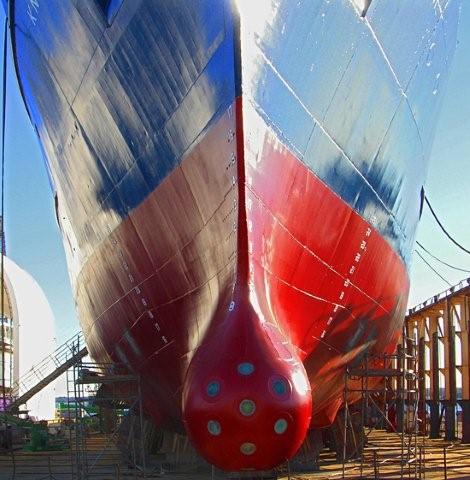 Though mechanical removing tools can be used to get rid of such marine growth, this is not always possible. For this reason, different types of marine growth prevent systems are used on board ships, along with anti-fouling paints.

The main types of preventive measures used on ships are:

This is one of the most commonly used systems to fight biofouling on ships.

The electrolytic system consists of pairs of anodes, mostly copper and aluminum (or iron). The anodes are mounted in the sea chest or the strainer. 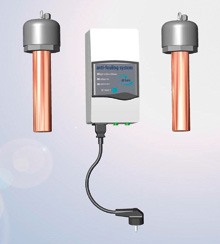 DC current is passed through the copper anodes, which produce ions that are carried with the seawater in the whole piping network. These copper ions in the seawater prevent marine organisms from settling down and multiplying on the surface of the pipes.

The second anode is used to prevent corrosion of the metal surface. The iron anodes help in preventing layers of oxide films of the metals from breaking down by the corrosive agents (sulphur) of seawater. This system also gives protection to valves, condensers, engine cooling systems and ancillary equipment.

A control panel measures and monitors the output of each of the anodes.

Chemical dosing is also a common method which is used to prevent marine growth in piping network. Anti-fouling chemical such as ferrous chloride is used to dose sea water boxes. The chemical coats the pipework with a protective ferrous layer to prevent corrosion.

High frequency waves are also used as a method to prevent marine growth in piping systems. Ultrasonic system is supposed to be known as one of the most highly effective methods to prevent biofouling. A reduction in biofouling of as much as 80% is claimed by this method.

According to research, ultrasonics is supposed to have two types of effects on anti-fouling.

In the ultrasonic method, a wave generator produces and sends electrical impulses at high frequency. These waves are passed through a coaxial cable to transducers which are mounted externally to the sea chests or strainers.

The transducers contain piezoelectric ceramic crystals, which when excited by electrical impulses, generate an ultrasonic beam.

The main advantage of this system is that it is non-invasive and no parts are in contact with sea water. Moreover, no toxic substances are produced.

Electro-chlorination is a method in which chlorine is generated to produce sodium hypochlorite, which is used to prevent fouling. 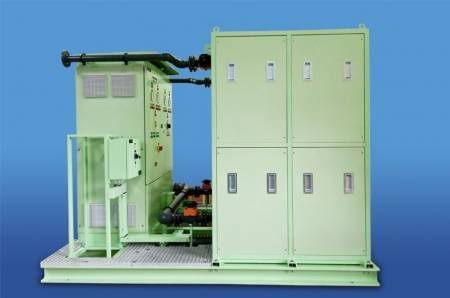 Titanium is used as the cathode material whereas titanium coated with 100 micro-inches of platinum is used as anodes. Titanium is an electrochemically inert element at positive voltages less than 9 volts. The anode/cathode voltage is kept 7 volts.

Chlorine is generated at the anodes along with other elements to form sodium hyperchlorite. A large amount of hydrogen gas is also produced which should be evacuated safely.

The layer at the anode in consumed at a rate of 6 mg/ampere per year. However, it depends on the unit voltages and currents supplied. The total output of chlorine is a function of current rather than flow through the unit. Thus adequate flow is required to ensure cooling and to prevent calcareous deposits.

10pp chlorine in sea water would kill all marine life quickly, whereas 1 PPM will prevent fouling. This can be tested on board.

It is to note that this system is designed to be used only in sea water and not in fresh water.

Biofouling is one of those problems which have been bothering the shipping industry since the start. Project such as AMBIO has been implemented to find solid solutions to this problem.

Advances have already been made in the field of anti-fouling paints and anti-marine growth systems. Some innovative techniques that can be used to prevent biofouling in the future are anti-fouling system inspired from floating seeds and special molecules of bacteria.