The presence of barnacles on ship’s hull surface is a pestilence faced by all vessel operators. The creatures attach themselves to the hull of the vessels, making the progress of the later water extremely tedious and sluggish. Removing out these attached barnacles is equally cumbersome as is inconvenient. This is done by applying paints to ensure that the crustaceans do not attach themselves to the hull.

But the downside of these protective paints is that they are toxic and affect the marine environment and ecosystem at large which compounds the problems further. The resultant catch, to ensure that both the vessels as well as the marine ecosystem were unharmed, has thus brought forth a series of innovations from scientists and researchers all over aiming at developing marine environment friendly barnacle repellents. 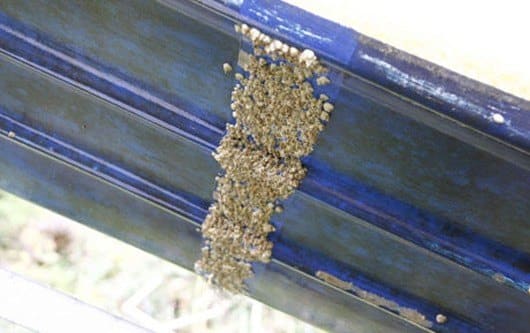 One such successful environment-friendly innovation is the developed by the researchers at the Swedish Gothenburg University. By blending bacterial-generated molecules, known as macrocyclic lactones, into the more-commonly used anti-barnacle shielding paints and through resultant practical experiments it has been proved beyond doubt that these molecules are quite effective in terms of preventing barnacles from getting attached to the vessels’ hulls

It has also been observed that a certain species of marine plant – brown algae – utilises the above specified molecule to prevent the cirripeds from getting attached to its foliages. The scientists involved in this project have also put forth that one coating of the paint would prevent barnacle infestation for many years.

Apart from blending naturally available barnacle protection options, there are several other marine anti-fouling system options that are being looked into. Prominent amongst these are, utilising the concept of floating seeds to prevent barnacles from getting attached to the vessel and the development of a special kind of paint with a fungus that is detrimental to the cirripeds.

The former incorporates the applying of an anti-fouling system in such a way that the fibres of the seeds help deter the crustaceans from getting attached. The latter, uses a fungus – streptomyces avermitilis – as a blend in paints thereby protecting the vessels from the crustaceans’ infestation.

Through these measures, a proactive effort is being undertaken to ensure that the marine environment does not degrade any further because of a necessary and pivotal activity maritime activity.

Choosing A Hull Form For Ships : A Naval Architect’s Perspective