The prime reason for which every seafarer is wished “Smooth sailing and Calm seas” before boarding a vessel is to keep them safe from storms.

Rough weather situation has been faced at least once or more by every seafarer during the course of his/her career. Some of the most common forms of heavy or rough weather are tropical depressions or storms, typhoons, cyclones, hurricanes etc, generated due to varying atmospheric pressures over different parts of the earth.

Tropical depressions occur often in middle latitudes and tropical cyclones that originate in the Inter Tropical Convergence Zone. A depression may often develop and travel in any direction whereas tropical storms are mostly found to follow predicted path* in both the hemispheres.

Tropical storms recurve after following a particular track*. It is therefore very important for a mariner to predict the location, magnitude and path of the storm, which is required to avoid these regions or navigate with caution while in navigating these areas.

Following are a few precautions which seafarers must follow while encountering tropical storms or navigating in areas of their frequent occurrence. 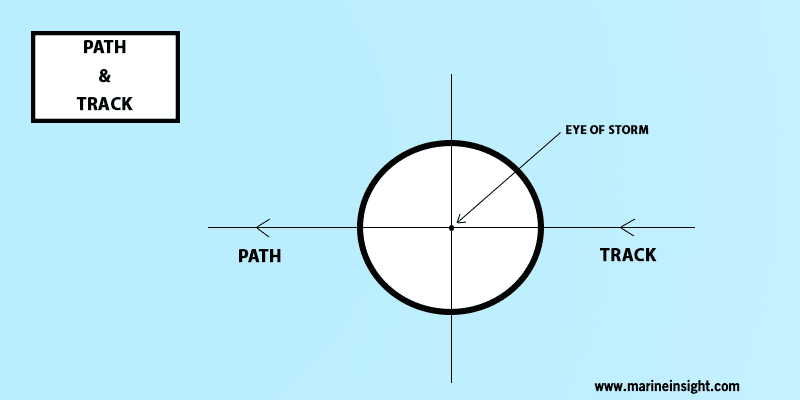 Use Available Information: Tropical storms and depressions are formed by pressure and temperature variations. A mariner has access to information regarding seasonal areas and frequency of occurrence through Maritime Safety information via EGC, Admiralty Sailing Directions, Ocean passages of the world and several other means. Thus if prior information is available regarding the legs of a voyage where the rough weather is expected a sheltered passage or alternate route can be carefully planned to divert the vessel timely when required.

Study Weather Report: Often weather report and weather fax give warnings well in advance about unsettled weather conditions. Thus a careful selection of Nav Areas and type of weather reports by the navigating officer can be instrumental in obtaining early warning about a storm. Frequent observations from various meteorological instruments and prevailing weather onboard can be used to confirm weather reports.

Keep Away From Centre of Storm: Once the presence of a storm or depression is confirmed. It is vital to establish the distance of the vessel from it, the location of the eye of the storm, the centre of the depression, and storm’s track and path. Buys Ballot’s law states – Face the wind and centre of low pressure will be from 90 degrees to 135 degrees on your right hand in N hemisphere and on your left hand in S hemisphere. It is advisable to keep at least 250 miles away from the centre of a storm however some companies prescribe specific distances in their Safety Management Manuals. 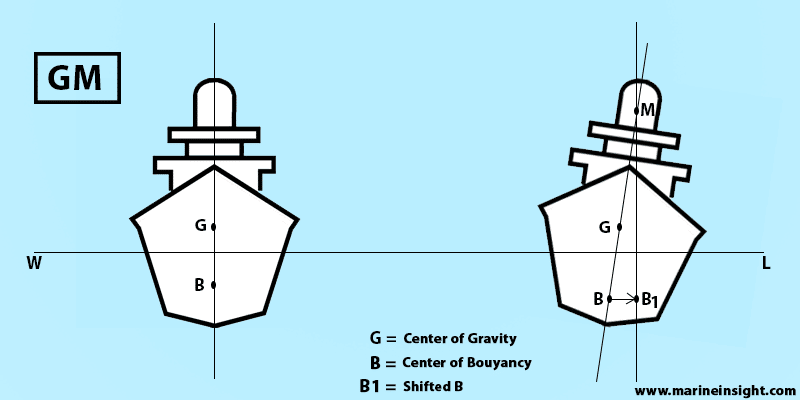 Use Ballast Tanks To Minimise Free Surface Effect: As a part of good seamanship, all the ballast tanks which are slack can be pressed up to minimise the free surface effect which will also help to increase the GM. Well planned stowage of cargo, ballast or both can minimise the number of slack or partly filled tanks.

Be Careful While Changing Speed, Angle, and Direction: Often waves associated with a storm or depression causes a reduction in intact stability of vessel with a threat of capsizing or rolling of the vessel to very large angles. IMO circular MSC 1228 provides guidelines with respect to careful reduction of speed, changing the angle and direction of encounter and adjusting encounter period of waves to avoid parametric or synchronous rolling motions.

Secure Loose Equipment/Cargo on Deck: For vessels with lesser freeboard, decks are washed frequently by seas with greater magnitudes. Thus securing of various loose equipment on deck, additional lashings to be taken to strengthen and prevent their loss being washed away into the sea. Safety lifelines can be rigged on vessels carrying cargoes on deck. Additional lashing must be taken to secure anchors, lifeboats, life buoys and life rafts.

Secure Weather and Water Tight Openings: Various weather tight and water tight openings like side scuttles, hatch covers, portholes, doors, manholes to be securely closed to prevent any ingress of water. Leaking, damaged gaskets or inadequate securing for covers of such openings may affect the integrity of compartment they are protecting. Alarms and indicators for the closing of remote watertight doors and openings are provided on Navigation bridge, their operational state to be confirmed prior the beginning of the voyage.

Secure Doors Forward Of Collision Bulkhead: Special emphasis to be provided to secure the doors and openings forward of the collision bulkhead for e.g. forepeak store and hatches, vents and openings forward. These spaces often house forward mooring equipment and associated electrical or hydraulic machinery. Spurling pipe covers need to be cemented well in advance. Bilge alarms in such remote compartments should be tried out regularly to give an early warning of any ingress of water or flooding. Any openings in subdivisions of watertight compartments which can cause progressive flooding must be secured.

Drains and Scuppers Must Be Free: All drains on deck and scuppers for drainage of water must be free to prevent any accumulation of water on deck.

Secure Aerials and Antennas: Antennas, aerials, stay wire clamps and lashing to be inspected before the wind speed picks up. Winds of gale force and above can easily break and blow away aerials. Storms are associated with lightning and thundering thus all aerials and antennas to be earthed and any low insulation alarms to be investigated carefully.

Inform All Departments: All the department’s deck, engine and galley should be informed well in advance of any storm warning so that all the deck, engine and galley stores, hospitals, sick bays and work areas are lashed and secured. Any major overhaul jobs, working aloft or lifting of heavy machinery on deck and engine room using overhead or deck crane can be postponed or avoided.

Morale of the Crew To Be Kept High: The morale of the crew should be kept high as often heavy rolling and pitching causes giddiness, nausea and reduced appetite amongst crew members.

*Track: A curve formed by previously known positions of a storm centre.

*Path: A curve formed based on predicted positions of a storm centre.

*GM: It’s the vertical distance between Centre of Gravity and the Metacentre.

You may also like to read – How Do Ships Survive Storms?