All seafarers are well familiar with the term ‘TRS’ or Tropical Revolving Storm – an intense rotating depression (a region of low pressure at the surface) which develops over the tropical oceans. It consists of a rotating mass of warm and humid air and creates thunderstorms with strong winds, flooding rain, high waves, damaging storm surge etc. Convectional forces are involved, normally stretching from the surface of such a depression up to the tropopause.

Some of the important characteristics of a Tropical Revolving Storm (TRS) that are:

Know more about the photograph here.

However, as far as this article of information is concerned, let us look at the precursory signs of a TRS, so that a better appraisal of the actions to be taken can be formulated.

The Radio/Telex/NAVTEX and all other means at hand should be set on the right frequencies and monitored closely, for they broadcast comprehensive warnings with respect to known storms. Refer to the respective ALRS Volumes for more data and frequencies of radio stations in the vicinity. The Telex, although barely used, is also a very important tool that is high on accuracy.

All storms may not be detected by the coast meteorological stations, in which all shipboard equipment and observation is key in averting disaster.

When there is no sight of intervening land, the sea might generate swell within a TRS, indicating an early warning of the formation of the same. Normally, the swell approaches from the direction of the storm.

Monitor the barometer closely in case you are suspicious of a brewing storm. If the corrected barometer reading falls below 3 mb or more for the mean reading for that time of the year (check the Sailing Directions for accurate information of pressure readings), you can expect a (Tropical Revolving Storm) TRS. Note that the barometer used must be corrected for latitude, height, temperature etc. to achieve maximum possible accuracy and efficiency.

Wind direction and speed is generally fairly constant in the tropics.

A very candid and colorful sky at sunrise and sunset may be a sign of a brewing TRS. Presence of cirrus clouds is visible at a considerable distance of 300 to 600 miles from the TRS and as you approach the TRS, the clouds get lower and cover a bigger area (altostratus). Generally followed by cumulus clouds as you get closer to the Tropical Revolving Storm (TRS).

Although it might sound like an oxymoron, exceptionally good visibility exists when a TRS is lurking in proximity!

The radar gives a fair warning of a Tropical Revolving Storm (TRS) about 100 miles prior to approaching the TRS. The eye may sometimes be seen on the screen. An area of rain surrounds the eye (the eye of the storm is the storm center) causing appreciable clutter on the radar screen. Remember that though the signs might be visible on the radar, by the time it does become visible on the radar, the vessel is probably already experiencing high seas and gale force winds and rough weather overall. Action is to be taken before such a situation arises.

Course of actions to be taken in case of a storm

Although it is unlikely to sail into a storm with all navigational aids and communication systems in place (shore based as well as ship based), shore personnel generally chalk out an alternate passage plan to avoid such a storm in good time (in liaison with the company and assigned route). However, in the event that the TRS is staring right in the face, it is probably entirely up to the mercy of the sea or maybe, it is not intense enough, and can be handled by the captain’s experience and knowledge. To avoid it altogether , the Officer should gather as much knowledge about the storm as practically possible. This may include the following:

Avoiding actions may be as follows:

If the vessel in in port and a Tropical Revolving Storm (TRS) approaches, it is best to put out to sea. Staying put at the berth, especially with other vessels in proximity can be highly dangerous. With the best mooring practices put in position, it very doubtful that ship might be safe from the effects of the storm.

Do you know any other important points that should be added to this article?

You may also like to read – How Do Ships Survive Storms? 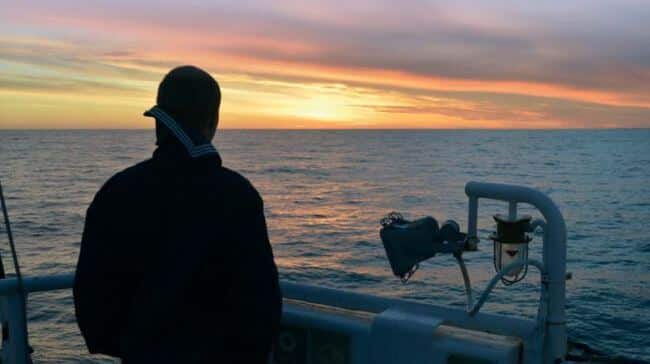