Tugs are commonly used at sea for berthing and unberthing ships. A number of methods are used for manoeuvre a ship.

Let’s examine the most common manoeuvres involving tugs and discuss their usage. 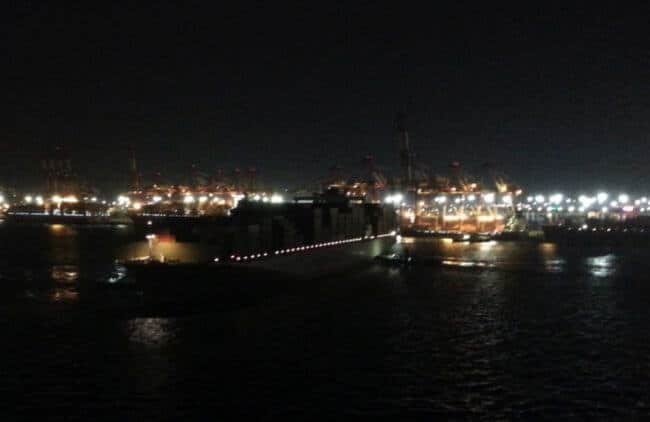 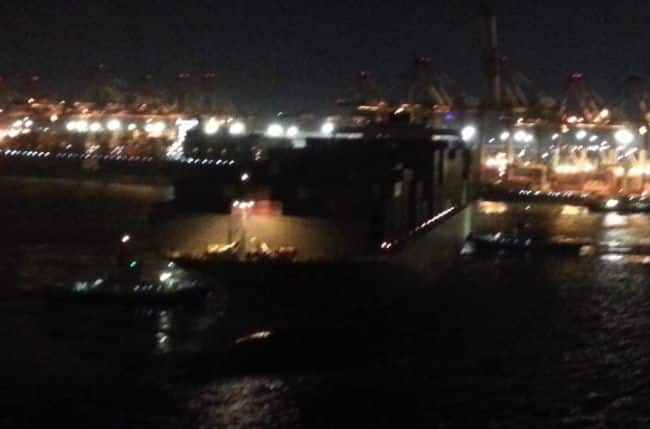 Here is a close-up view of same manoeuvre resulting in anti-clock or counter clock swing. 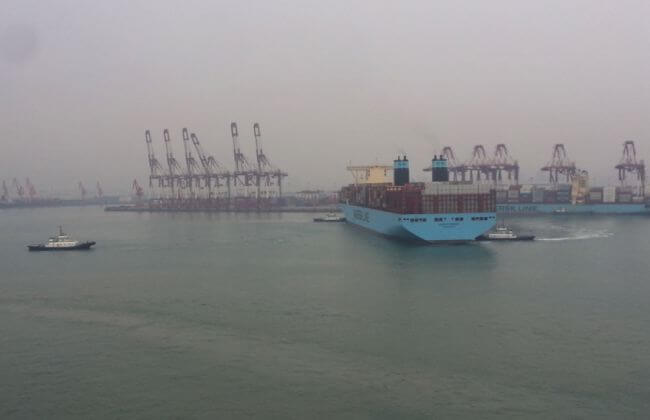 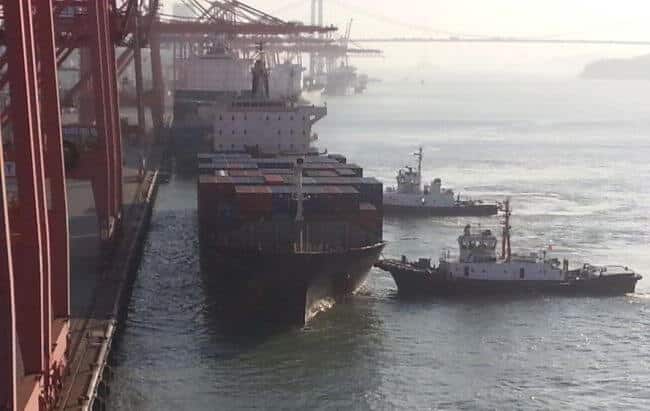 In the above picture, we can see the vessel is just off the berth and the tugs are pushing the ship onto the berth. Tugs are made fast so that when needed they can break the momentum to avoid making hard contact with the jetty. Once smoothly alongside tugs will keep on pushing till the vessel is made fast.

Both forward and after tugs need to be constantly controlled to keep the vessel absolutely parallel to the jetty. 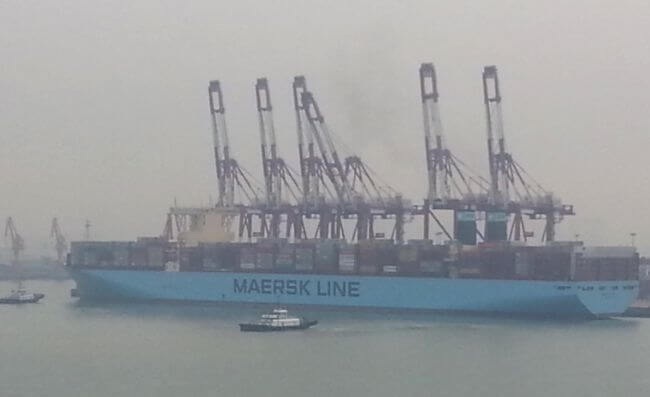 Two tugs are used to pull the ship off the berth in the above photo. For an unberthing, challenge will again be to pull the vessel nearly parallel to the berth to avoid either end from making contact with the jetty. 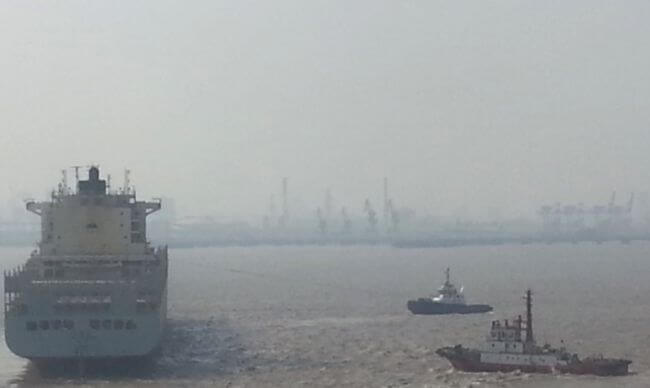 Once the ship is safely clear from the berth, preparation for swinging can be made. 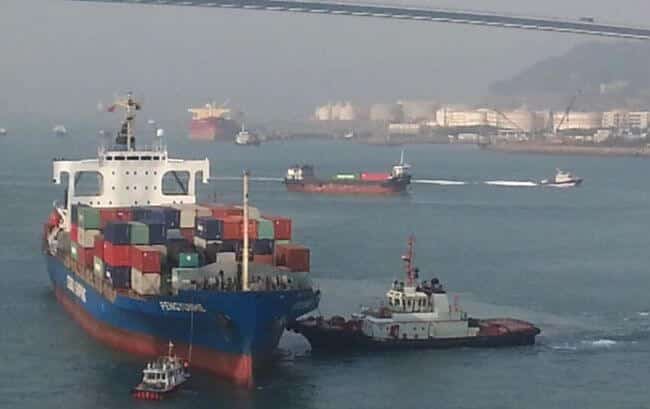 For ships fitted with a Becker rudder and controllable pitch propeller (CPP) it will be impractical to use two tugs. In such cases, the vessel can either manoeuvre without tugs altogether or will use one tug if needed.

In the above photo, spring line will be taken ashore on the mooring boat. Once ashore, this line will prevent the bow from swinging out and also the vessel will not creep ahead. At the same time, the engine movement combined with rudder will be used to get the stern alongside. The tug can be used to break the momentum if needed, as it is made fast. The tug can also be used to keep the vessel in position once alongside by pushing. 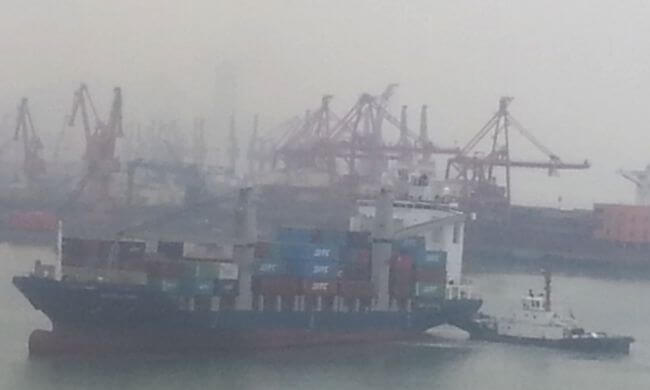 Similarly with a bow thruster of sufficient power, depending on the ship size and manoeuvrability, one tug aft can be sufficient for berthing and unberthing.

How Is Bow Thrusters Used For Maneuvering A Ship? 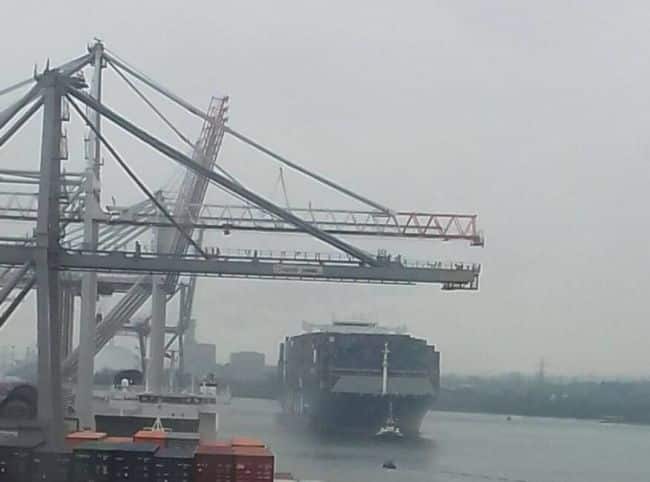 In river ports, tugs are made fast at centre leads fore and aft to enable controlling of ship’s bow and stern while turning at tight bends where helm and engine alone will leave the ship vulnerable.

When coming alongside, tug may have to be cast off from centre lead and made fast on shoulder (forward) and quarter. This is done to help keep the ship parallel to berth and to avoid trouble with passing of mooring lines.

At busy anchorages, generally inside the harbour area, tugs can also be used for assisting commonly when both anchors are dropped to ensure that the ship’s heading remains unchanged.

How A Ship Is Berthed Using An Anchor?

6. How to decide on number of tugs 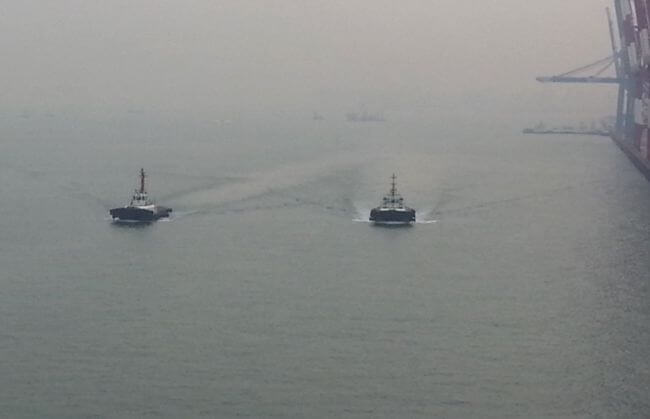 Foremost consideration will be port regulations, In most of the ports, these are based on gross tonnage (GT) of a vessel being handled, while in other ports more weightage is given to length overall (LOA) of the ship for determining the number of tugs to be employed.

Most important factor, however, is the prevailing weather conditions. Both the wind and current factor need to be taken into account. For accurately knowing the effect of these forces, ship’s wind force area and underwater areas are calculated both forward/aft as well as laterally.

It is also necessary to know the direction and angle, from which, these forces will be acting on the ship’s hull.

It will be beyond the scope of this article to discuss the actual complex formulae applied and calculations involved which go to the extent of obtaining the density of air for accurate results of resultant acting forces.

Other important factors to take into account will include available under keel clearance and GM.

Bollard pull and type of tugs also factor during decision-making.

What makes a ship unstable?

7. Other considerations and contingencies

In most container terminals, ships are berthed within one bollard length of each other and metal-to-metal clearance of 15-20 metres. In some tight cases, it may be down to even 10 meters. In these situations short engine kicks or adjustment of propeller pitch will help in maintaining required clearance.

But a lot of at times in busy ports, vessel ahead and astern may be berthing and/or unberthing at the same time and will have lines in the water close to ship’s propeller and thruster; then these cannot be used due to risk of fouling.

There have been cases where ships own lines have fouled the propeller and thruster.

To avoid such situation tugs are a must for safe operations.

If using only one tug, either forward or aft, the tug can check ship’s momentum in only one direction by pulling in opposite direction. This must be taken into account when planning manoeuvres with single-tug.

In some ports, it’s very common that the terminal will not be able to complete cargo operations of the previous vessel at the stipulated time and a ship, having reached, will have to hold position off the berth for several hours while waiting for the berth to be available.

At times, the ship will reach the berth and tugs will not reach on time, as they would not be free from their previous manoeuvre!

The most important requirement for safe mooring operations is a good Master Pilot exchange (MPX).

Tug’s bollard pull and strength of ship’s mooring bitts must be discussed to decide how much tug power can be safely used without endangering ship/tug and crew.

For berthing and unberthing, docking pilot will have the best knowledge of local conditions. She will know the limitations of tugs being used, the competence of tug crew, swinging room available, required angle and distance of towing line to best complete the manoeuvre.

One thing to watch out for is that in almost every country pilot and tug will be communicating in the local language. Though a master should be aware of planned manoeuvres and anticipate tug actions.

But if needed, clarification must be requested and pilots world over are happy to oblige by repeating instructions if they speak English. If encountering language difficulties manoeuvre can be drawn and discussed during MPX.