You are here: Home › Guidelines › What is The Speed of a Ship at Sea?
TwitterFacebookLinkedInPinterestBuffer

In the past few years, increasing oil prices, adverse market conditions, stringent regulations, and environmental issues in regards to emissions from ships have made it very important to study the importance of the speed of a ship.

Ship’s speed plays a very important role in various environmental factors as well as economic factors for the operator of the vessel. 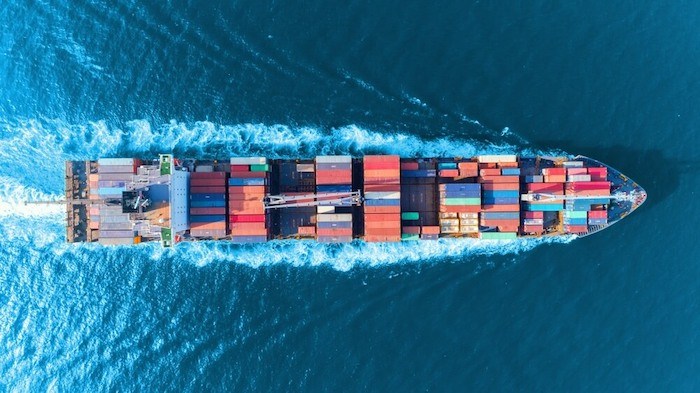 At the design level, bigger container ships with less speed are being constructed to obtain less CO2 emissions per container. At the operational level, the practice of reducing speed as a response to depressed market conditions and high fuel prices known as slow steaming is being used in almost all commercial shipping sector.

Therefore, it is very important to know the speed of the ship and all the factors affecting the same.

How is the ship’s speed measured?

Ancient seafarers used to measure the speed of the ship by ‘chip log’. It consisted of a log attached to a rope with a number of knots at equal intervals.

The log was dropped in the water at the aft of the ship and one sailor watched the sand empty through 30-second sandglass while others counted the number of knots being passed. The number of knots passed multiplied by the distance between the knots and divided by 30 seconds told them that 1 knot is equal to 1.852 kilometers per hour or 1 knot is equal to 1 nautical mile per hour.

This is how ‘knots’ originated and became a metric system to measure ships speed. 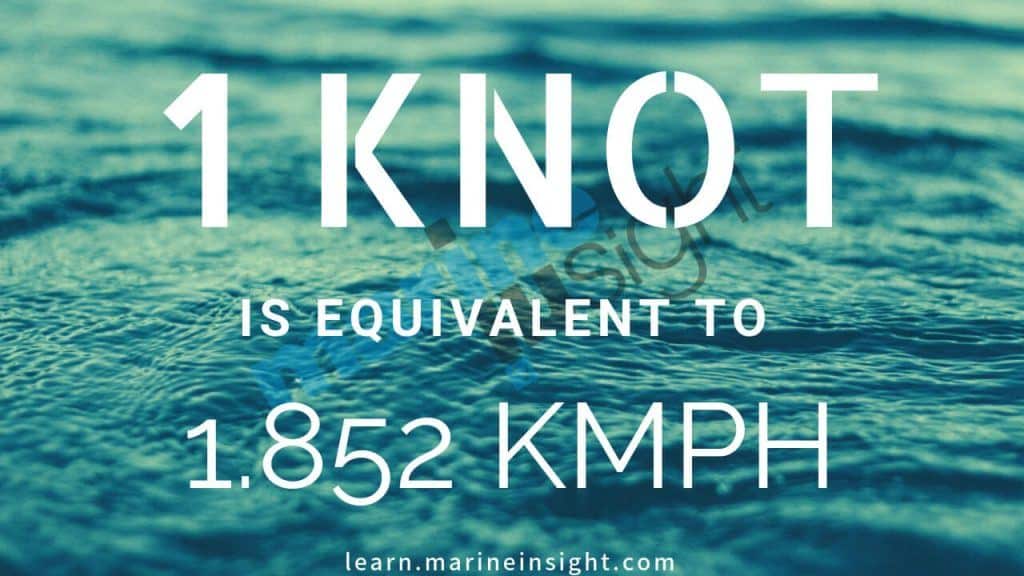 A nautical mile is based on the circumference of the earth and is equal to one minute of latitude. Therefore, it is used by ships in charting and navigation.

These days most ships use GPS to measure the speed of the ship. GPS system consists of a transmitter, receiver and satellite system. This is the most accurate method of measuring the speed of the vessel.

Other methods of measuring speed are using doppler shift and correlation velocity log or CVL.

Doppler shift uses the Doppler effect, which is the relative change in frequency of a wave when the source and the observer are in relative motion. The sound pulse generated by the ship’s motion is reflected off the ocean floor and the same is measured by sonar instruments on a ship.

Related Read: 11 Technologies That Are Used To Study And Understand Oceans

The CVL uses a combination of multiple transmitters and receivers. Being one of the expensive methods of measuring speed, correlation is generated between signals from different transmitters at different locations and the speed of the ship is calculated.

Factors at the most operational level and design level have to be considered to design the speed of the vessel.

Out of everything consumed on the ship, fuel is the item which costs the most money. Owners want economical ships having lower fuel consumption to sustain in the current world of prevailing oil crises and increasing oil prices. Hence, merchant ships, depending on which cargo they are being designed for along with their route and draft, are constructed to be as economical as possible.

The amount of fuel consumed is very important as it is the most expensive element of transportation by sea for ships.

Fuel consumption is proportional to the displacement of the ship to the power of 2/3 (D^2/3) and the cube of the ship’s speed (V^3).

V here denotes the speed of the vessel in knots and displacement is the weight of water displaced by the volume of the portion of the vessel which is submerged in water.

Here now if displacement is doubled, approximately 1.6 times the power will be required and hence fuel. Otherwise, if the speed of the ship is doubled, eight times the quantity of fuel will be required. From this, we can understand that the effect of the increase in speed is more than the effect of an increase in displacement or the payload for a ship on its fuel consumption.

This shows speed is a critical factor in the operation of a ship. Limitations are imposed on the increase if displacement due to technology, drafts of various vessels at different places and routes like Suez Canal.

The increase in consumption of fuel is quite reasonable per ton in comparison to per knot increase in speed. For every ship, there will be an economical range of speed and displacement with which a prudent shipowner should comply in order to make a profit in a world of see-sawing freight and charter prices which is dependent on the supply and demand of ship tonnage amongst other things.

How and why the ship’s speed changes?

Speed of a ship depends on various factors like displacement of the vessel, draft, wind force and direction, sea weather condition, condition of the hull and the propeller and so on.

For an empty ship which has no cargo loaded, displacement is less and hence the draft is less. There is less resistance as the lesser surface of the hull is in contact with water and as there is not much load on the main engine, it gives more speed at less power.

Whereas for a loaded ship, the draft will be more and thus the resistance against the hull. Also, for the same power of the main engine, the ship will have lesser speed as the load on the main engine will be higher.

Ships speeds are regulated depending on whether they are coasting or near to land or port, approaching a port or transiting a canal. The basic reason for this is for the safe navigation and proper manoeuvring of the vessel. Also, in certain areas near land, it is mandatory to reduce the speed of the ship to decrease emissions from the main engine.

Slower speeds in the proximity of land have significant environmental and human health benefits as NOx, Sox, PM, and carbon emissions are reduced. Certain areas have made it mandatory for a ship to reduce speed and set a speed limit for navigation safety and to reduce emissions from the main engine.

Defense ships or naval ships have more speed and better manoeuvring capabilities than a merchant ship. Defense ships come under the naval command of a country and are of various types like an aircraft carrier, destroyer, coast guard vessels and so on. They are faster in voyage speed in general compared to a merchant ship. Merchant ships have a larger deadweight than a navy ship of the same size. 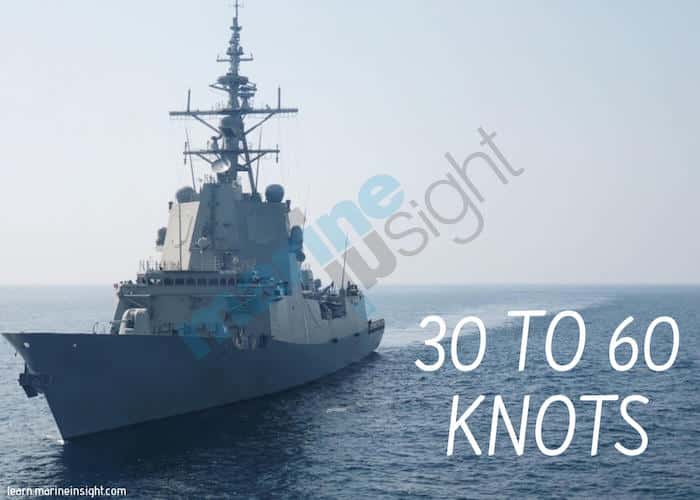 Merchant ships also usually have only one propeller while a navy ship has two or more propellers to increase their capability of manoeuvring. Merchant ships must follow rules of International convention codes, classification societies, flag state, and port state rules. They would be detained if they fail to comply with the regulations. While navy ships do not need to follow all the rules and regulations. Thus, a navy ship has more speed and manoeuvring capability when compared to a merchant vessel.

Other modes of transport like the air, rail and road are expensive compared to sea transport, hence shipping should be competitive in its own field in the modern market. Although modern markets prefer fasters and perfect deliveries, quite often for a certain trade, speed of the vessel is played around with designing an economic vessel and main consideration in this is the projected fuel cost in the next fifteen years or so which is a normal life of a ship.

It has become necessary to know the importance of regulating ships speed and how ships speed is measured. An efficient regulation of vessels speed and good knowledge of different speeds of different vessels and reasons behind them is necessary not only to follow rules and regulations of international conventions but also to make the vessel economical for the operator in the best possible way, to reduce the emissions from main engine and make the ship environmentally friendly, and for safety of navigation.

What Materials Are Used For Building Ships?

What is Steam Hammering in Ship’s Steam System?

Ship Departure Checklist for Engine Department: What to Do When a Ship Leaves a Port?