RoRo or Roll on Roll off ship is a special type of vessel which is used for the transportation of automobile vehicles. Also known as car carriers, these vessels have special inclines (ramps) constructed so as to make the loading and the unlading of vehicles and cargo easier and more convenient.

The inclines of a RoRo vessel are connected to the entrance either in the front (bow) or at the back (aft) of the vessel or at both. Vehicular traffic can thus pass through these doors without any complexity.

Alongside transporting vehicular traffic between riverside harbours, these vessels have also become increasingly helpful in transiting vehicles across ports spread across seas.

Over the years, several technological advancements have taken place in these car carrier vessels and resultantly, there have emerged into various types of RoRo ships. 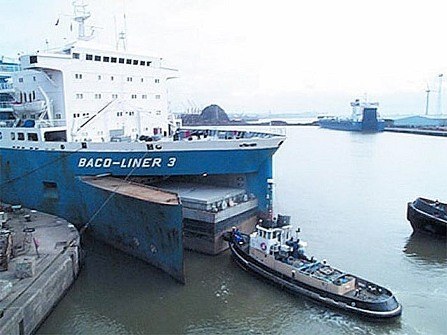 Types of Roll on/Roll off Vessels

A PCC (Pure Car Carrier) is a kind of RoRo ship which transports only cars; whereas a PCTC (Pure Car and Truck Carrier) transports not only cars, but also trucks and other variations of four-wheeled vehicles. 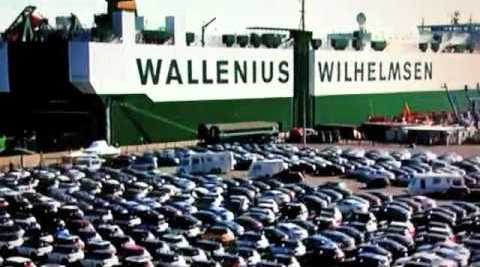 These kinds of vessels are quite large and quite conspicuous while on water along with being quite sturdy. They are mainly used in the delivering of newer vehicles to their required exporting destination.

RoRo vessels that combine the features of both a traditional container vessel and a RoRo ship are referred to as the ConRo. Such vessels’ interiors are distributed in such a way that both their loads are evenly distributed and balanced. The maximum load that is transited by these vessels is between 20,000 to over 50,000 dead weight tonnes (DWT).

A normal cargo carrying vessel equipped with the RoRo facility is termed as the GenRo. Slightly compacter and smaller as compared to the previous two categorisations, the GenRo is capable of carrying loads with approximate DWTs between 2,000 to almost 30,000.

RoPax is the reference given to a car carrying vehicle that also provides for voyagers’ living aboard the vessel. RoPax though is mainly used as a technical term, and these vessels are commonly called as ferries that transport vehicles and passengers across river docks.

A Complete RoRo vessel is a kind of car carrier that is constructed with inclines both on its insides as well as on the outside. Vessels of these kinds don’t have any hatchways, and are used mainly in the high seas. They are self-contained and are capable of lading anywhere between 2,000 to around 40,000 dead weight tonnes. 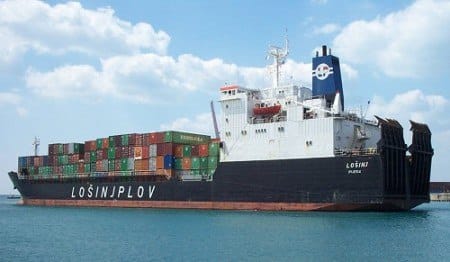 The measurement gauges for the loads in RoRo vessels also differ as compared to the conventional vessels. Measured in lanes in metres (LiM), the figures are arrived by multiplying the length and the breadth of the load paths – where the vehicles are stacked – with the totality of decks in the vessel.

Alongside this civilian usage, RoRo vessels are also utilised and incorporated in the naval sector to transport important naval freight.