You are here: Home › Types of Ships › The Ultimate Guide to Ship Sizes
TwitterFacebookLinkedInPinterestBuffer

A variety of parameters such as draft, beam, length overall, gross tonnage, dead weight tonnage etc. are taken into consideration while designing and constructing a merchant ship. For e.g. for designing a ship that would be able to pass through the Suez Canal, the dimensions of the ship would be decided in such a way that the ship is able to smoothly transit through the narrowest and shallowest areas of the canal, in both fully loading and unloading conditions.

Ship sizes chiefly vary on their load carrying capacitance, just as their variance alters on the constructional capacitance of the various ports and harbors. Considering the above mentioned factors, the ships are classified into the following categories on the basis of their size:

Panamax and New Panamax are terms used for ships that are designed to travel through the Panama Canal. The ship classification indicates the minimum dimensions required by the ship to able to pass smoothly through the Panama Canal. The sizes of Panamax ships are determined by considering the dimensions of the smallest lock of the canal. Those ships which do not fall under the dimension criteria of the panama vessel are known as Post-Panamax Vessels.

The expansion of Panama Canal by making new locks have given birth to a new class of ships called New Panamax vessels.  New Panamax classification of ship sizes denotes those kinds of cargo ships that have been built in accordance with the new locks of the Panama Canal. These vessels have a load carrying capacitance of about 13,000 Twenty-foot Equivalent Units (TEUs) with lengths up to 427 meters.The expansion of the canal with bigger size locks allows larger ships to pass through the canal with utmost ease.

Those ships which cannot pass Panama Canal are known as Post-Panamax Vessels.

The term Aframax is usually used for medium sized oil tankers with approximate weight of 1,20,000 DWT.  These ship sizes gain their title from the Average Freight Rate Assessment schematic devised by the shipping conglomerate Shell in the mid-1950s. Mainly oil tanker vessels, Aframax vessels can be loaded with over 7, 00,000 crude oil casks. Aframax tankers ply in areas which have limited port facilities or lack large ports to accommodate giant oil carriers. The beam of the vessel is restricted to 32.3 meters or 106 feet.

Chinamax vessels are one of the largest bulk carrier ships in the world and often classified under Very Large Ore Carriers (VLOC). Unlike other cargo carrying vessels which are measured in terms of their size, the Chinamax cargo ships are measured not just in terms of their size but also in terms of their length. These vessels were initially custom built to cater between the Chinese port facilities and the South American nation of Brazil, though presently the development of appropriate harbor facilities have ensured their applicability beyond these two regions. Also commonly famous as Valemax vessels, Chinamax ships have a Dead Weight Tonnage (DWT) of up to 4,00,000 tonnes and measure about 360 meters lengthwise with a breadth of about 65 meters and a draft of about 25 meters.

Handymax vessels, often classified as Handymax bulk carriers, are small sized cargo ships with load carrying capacity of up to 60,000 tonnes. One of the most commonly used vessels of the global merchant vessel fleet, Handymax vessels are typically 150-200 m in length.  These vessels can gain easy entrance through most port and harbor facilities, just like their counterparts – the Supermax bulk cargo vessels, with slightly more DWT capacities. At times, certain classification of ship sizes also incorporate Handysize cargo vessels under the Handymax categorization.

The term Capesize is used to signify those vessels which cannot pass through the canals of Panama and Suez and thus generally traverse through the Capes of Good Hope and Horn. Their name is derived from the originally taken route by cargo vessels, passing through the Cape of Good Hope and Cape Horn, so as to complete the necessary shipping voyage. Capesize vessels usually have 150,000 DWT tonnage capacity and form a majority of bulk carrier ships. They are usually medium – large sized vessels, which also include Very Large Bulk Carriers (VLBC) and Very Large Ore Carriers (VLOR) with more than 200,000 DWT. Presently, different ship sizes with maximum DWTs of about 4, 00,000 tonnes are classified under the Capesize vessel category.

The Qatar Max or the Q-Max ships as the vessels are colloquially referred are the biggest known LNG tanker ships. The Q-max’s have been specifically built to suit the entryway of the Liquefied Natural Gas depot of Ras Laffhan in the middle-east Asian country of Qatar. These cargo ships have a capacity to carry about 266,000 cubic meters LNG.

Malaccamax is the term used for largest size of ship which is capable of passing through the Strait of Malacca. These vessels are often associated with Very Large Crude Carriers (VLCCs), though a specific assignation to their ship size has been annotated. These ship sizes measure about 400 meters lengthwise with a DWT up to 165,000 DWT. Used for both bulk carriers and super tankers, Malaccamax is also used for the new Maersk’s Triple E Class Container vessels. 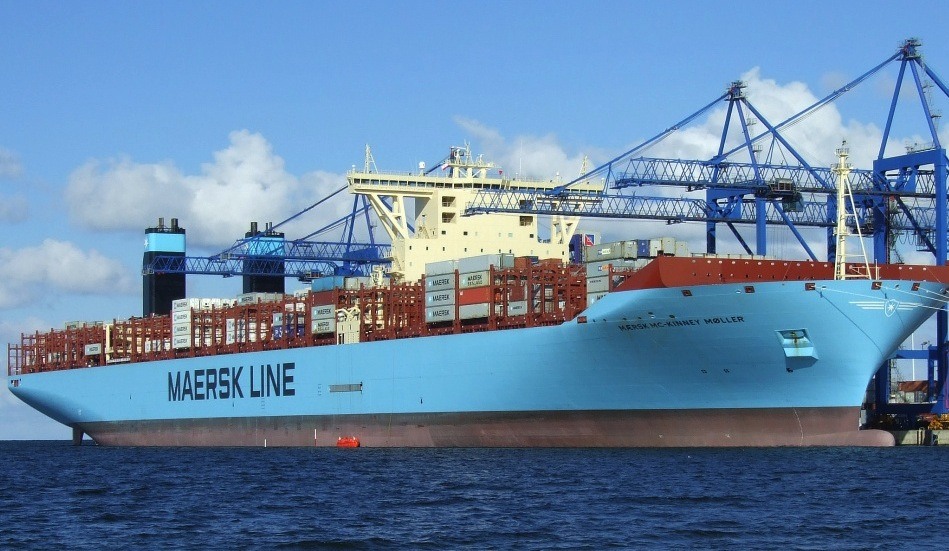 Supertankers which have a maximum DWT of 3, 20,000 tonnes are classified as VLCCs. These kinds of vessels are mainly put into operation in the Mediterranean waters, in addition to the Western African seas and the Northern Atlantic waters (North Sea).

Cargo carrying supertankers having DWT range of  320,000 to 550,000 are classified as ULCCs. These cargo vessels are the biggest carrying tanker vessels with select areas of operation extending to European, Northern American and certain Asian harbors and port facilities.

The Saint Lawrence Seaway forms an important sea passage between the water routes spanning linking United States and Canada. Seawaymax vessels are thus those vessels can easily pass through this important waterway. Such kinds of vessels have lengths of about 226 meters with widths of about 24 meters and drafts up to eight meters.

The entire shipping industry rests on the smooth functioning of these merchant vessel classification  The operational viability of the ships and its sustenance have helped in nurturing the global cargo shipping domain, while also preserving the integrity of a commercial set-up completely and thoroughly across borders.