In our previous article, Optimization Ship’s Main Engine for Slow Steaming, we discussed about all the steps that are to be taken for optimization of ships. As discussed earlier, traditionally main engines are designed to run between 75 % to 85% load range during continuous operation.

However, to run the ship’s engine for slow steaming, a number of precautions need to be taken to run the marine engine at low loads.

In this article, we will discuss about the various checks and precautions that need to be taken for preparing marine engines for slow steaming of ships.

In general in traditional marine engines (except intelligent engines) few checks are needed to be made if low load operations are carried out.

Precautions and Maintenance for Slow Steaming of Ships 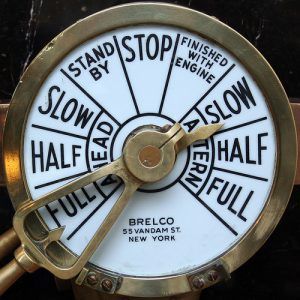