You are here: Home › Marine Technology › 11 Technologies That Are Used To Study And Understand Oceans
TwitterFacebookLinkedInPinterestBuffer

Man is inescapably dependent on the sea. Yet, he knows very little about it. Ocean observation systems broaden our knowledge about ocean touching our shores.

Study and understanding of oceans is also important for the shipping industry. The data received from the oceans is helpful is predicting weather and sea conditions, which is vital for ships in planning courses and taking necessary precautions.

Mentioned below are eleven important technologies that are used to study and understand oceans around the world.

1. High Frequency Radars: HFR measures the speed and direction of ocean surface currents near the coast, from a few kilometers to 200 km. offshore. It also helps in detecting objects floating on the sea surface and therefore is extremely useful in search and rescue operations.

The radar transmitter sends a signal out to the sea and the conductive seawater surface returns a signal, measuring the Doppler shift and giving velocity and direction. 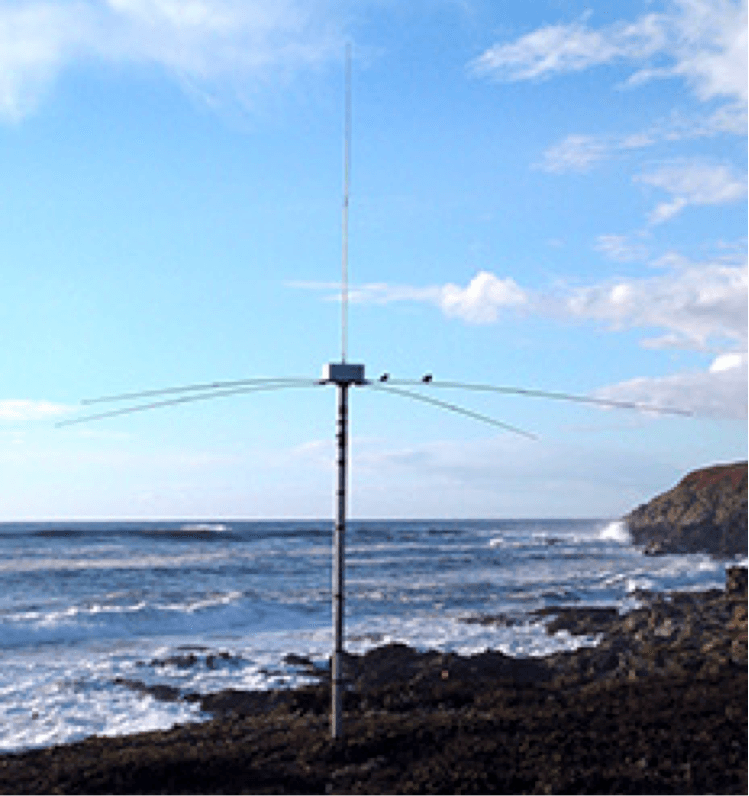 This weatherproof device can generate current field every 15 minutes. It is also a core component of the website Sccoos that displays environmental conditions at the entrance of the Ports of Los Angeles and Long Beach to provide help in marine navigation.

Traditionally, current measuring devices are directly placed into the water by ship’s crew member to retrieve current speeds. But, HF radars have uniqueness of measuring large area current profile at once with all required details, which even satellites are incapable of doing.

2. SeaGliders: Seaglider is an autonomous underwater vehicle (AUV) or underwater glider developed for continuous, long term measurement of oceanographic parameters. Rather than an electrically driven propeller, the vehicle uses small changes in buoyancy and wings to achieve forward motion. The system’s pitch and roll are controlled using adjustable ballast (the vehicle battery).

The equipment is designed for missions covering thousands of miles and lasting for many months. It can operate at depths up to 1000 meters and the hull compresses as it sinks, matching the compressibility of seawater. It moves through the water in a saw-tooth like pattern and surfaces regularly to determine its position using GPS. The internal sensors determine the vehicle heading, depth and attitude while it dives, whereas its external sensors scan the ocean to collect oceanographic data.

3. Animal Telemetry: Animal Telemetry involves marine animals to carry electronic tags. This tagging technology enables us to know how these animals interact with the ocean. This knowledge is helpful to understand the vast ocean and the challenges of climate change and marine environmental pollution.

This device has been used since 1990 on sharks, sea turtles, seals, whales etc. Sensors track the animals and collect valuable data from the most unreachable areas in the ocean where conventional oceanographic sensing methods are technically or economically unfeasible.

4. Buoy System: Buoy is a floating instrumentation platform in the sea that can be used to collect information about sea and environmental conditions. Surface buoy, Telemetry and Shore station constitute its working mechanism.

Surface buoy collects information such as sea-surface temperature, current speed, humidity, wave parameters, wind speed & direction using various sensors. The data is sent to shore stations through satellite, which analyses the data and predicts sea-state for that particular area. In case of Tsunami Buoy System, there is a 4th component called Bottom Pressure Recorder (BPR), which is deployed at ocean bottom and fitted with pressure sensor. The sensor measures pressure at the bottom and predicts height of the water above the sea-floor. 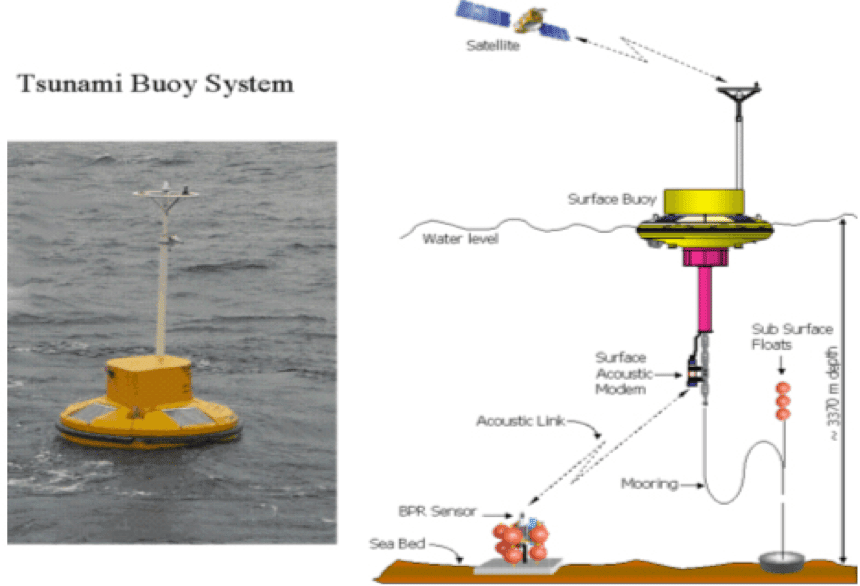 5. Drifters: Using this device, oceanographers can study global ocean currents and its effects. With recent advancements, drifters provide ocean circulation patterns in real time. The “shallow water” drifter can be deployed from a ship or an airplane. Once it is floated, transmitter starts sending data to the satellite, which further transmits it to receiving stations where the data is processed. Other sensors for surface temperature, wind, ocean colour, pressure and salinity may also be housed in the device to get more information from the sea. 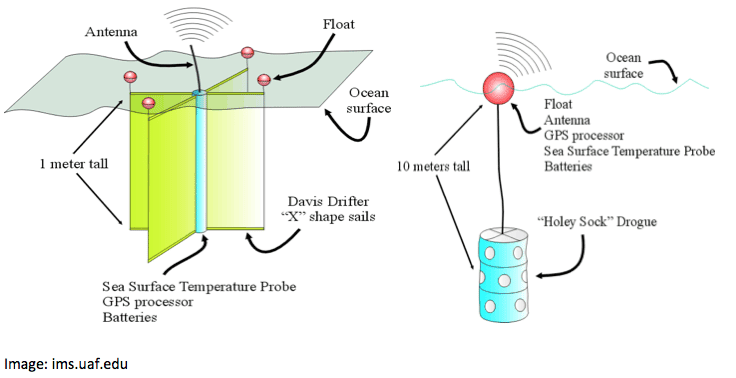 6. Underwater Hydrophone: Underwater hydrophone is designed to detect underwater noise in the ocean. It is based on the principle of a special property (piezoelectricity) of certain ceramics that produces a small electrical current when subjected to pressure changes. The hydrophone when exposed to underwater sounds propagating from any direction, produces small-voltage signals over a wide range of frequencies. Sound in the sea can be measured more precisely by amplifying and recording these electric signals and deploying several hydrophones in an array. Hydrophone sensor is the basic tool for several underwater acoustic technologies such as Sonobuoys, Cabled hydrophones and Autonomous hydrophones. 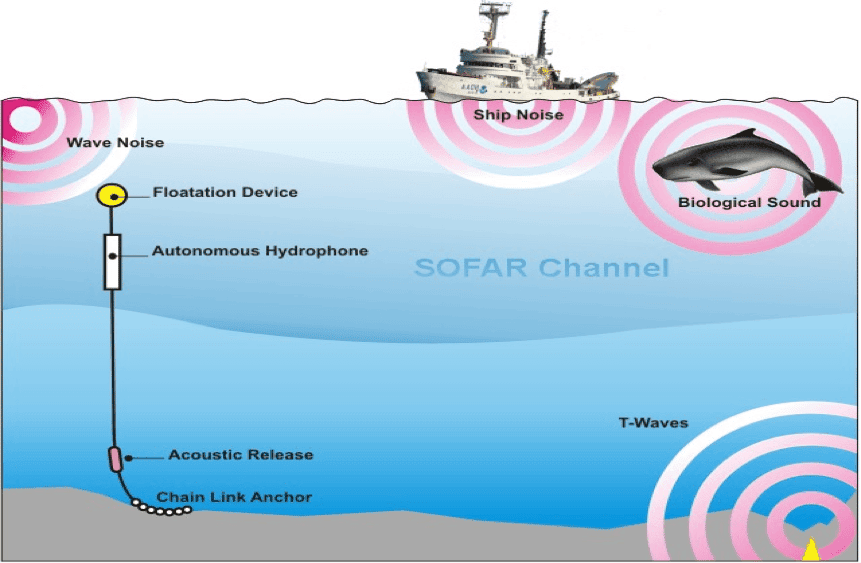 7. Clod Cards: These ice cube shaped identical trapezoids made up of alabaster or plaster of paris are used to study underwater flow patterns. Using submersible, ROVs or scuba diver, pre weighed clod cards are deployed at predetermined sites. After a fixed time period (usually 24-48 hours) of time, these are retrieved, dried and reweighed. Precise weight of plaster of paris lost from each card can be determined. Accordingly it can be concluded that clods losing more weight were exposed to greater water flow than those losing less weight. Similarly they can be used to measure several other important parameters from the sea. 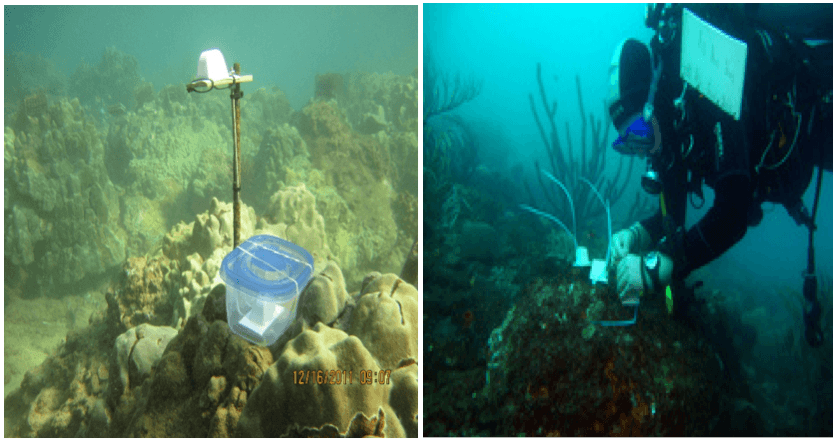 8. Geographic Information Systems (GIS): GIS is a computer system for capturing, storing, checking, and displaying geographical data. With enough good information given, a GIS can create a virtual ocean inside a computer. With the click on the mouse, GIS gives images of underwater cliffs and flora and fauna flourishing at the ocean floor at any particular site in the ocean. Modern GIS technologies use digital input. Normally CAD program is used for digitalizing map and survey plan. 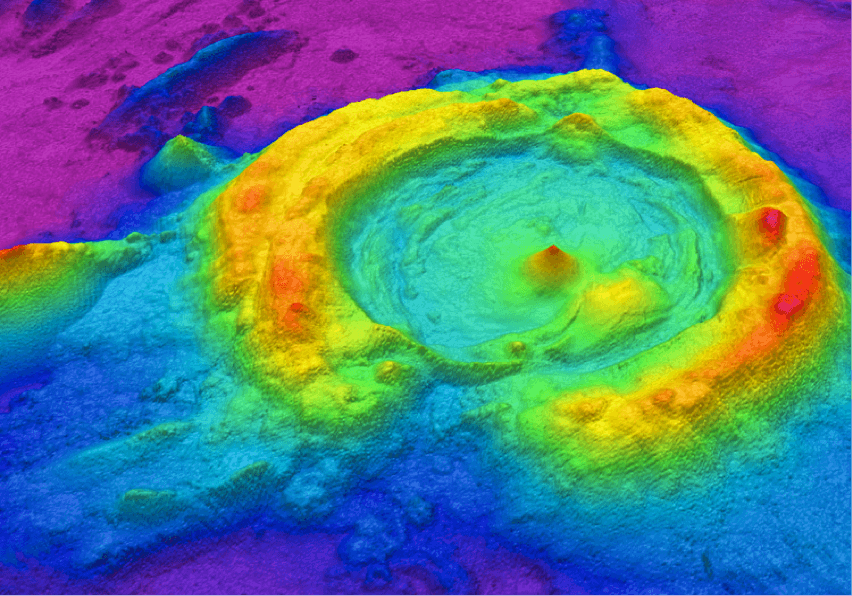 9. SONAR: Sound Navigation and Ranging—SONAR is a technology which uses sound wave to find and identify objects in water. Sound wave holds advantage of attenuating less in water than electromagnetic waves. First used during World War-1, the technology has improved greatly with the development of digital computers in the 1960s which made plotting of sonar data much more easier.

SONAR is generally categorized as Active and Passive sonar. Active sonar transducers emits acoustic signal and detects any object if sound wave is reflected to the receiver. The same method is used to measure water depth at various locations. Passive sonar is primarily used to detect noise from submarines, ships or marine animal and is therefore very useful in naval operations. 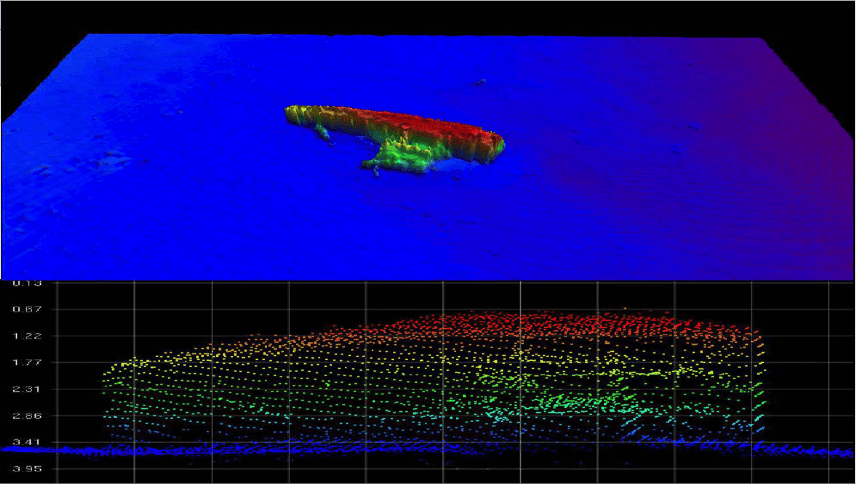 Image: A shipwreck detected at seabed using SONAR by NOAA

Currently, NOAA is involved in the process of seabed mapping using SONAR technology.

10. Satellite Oceanography: Though the most important purpose of satellite is to establish communication from ocean to land, it also serves as a vital role in ocean observing as well. Environmental satellites provide images of sea surface temperature which is helpful in knowing water circulation patterns.

Satellite also gives data of the color of the ocean (among other data) which help oceanographers to determine impact of floods along the coast and to detect algal blooms. In recent years, remote sensing technology has equipped satellite with altimetry (which measures sea surface height) and scatterometry (which measures wind speed and direction). 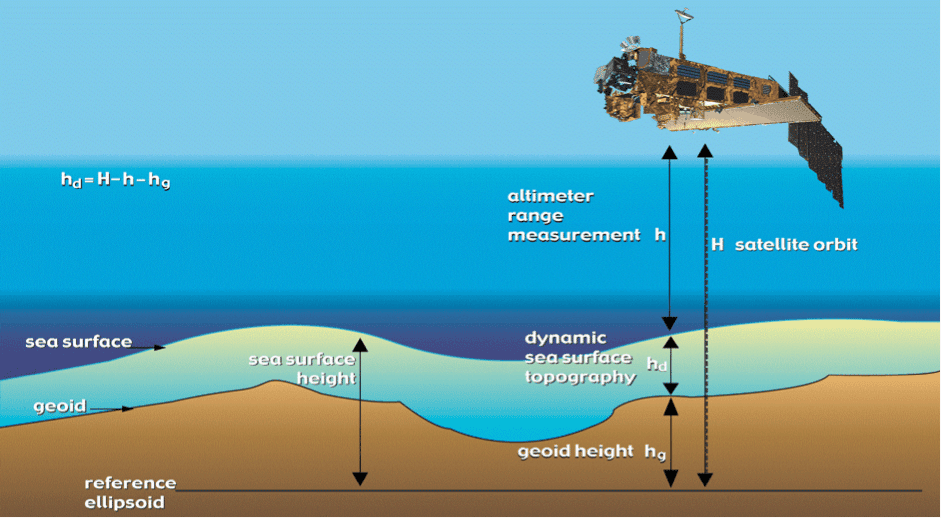 11. ROVs: ROV or Remotely Operated Underwater Vehicle is an unoccupied vehicle similar to a robot. It is fitted with sensors and sampling tools to collect various types of data from the oceans. A network of cables is utilized to establish a connection between the operator and the remotely operated vehicle, which would enable the proper movement of the ROV. The ROV is well-equipped with modern technology and consists of a lighting system and a video camera to record a better subaquatic panorama and contribute to geology education and sea life learning. 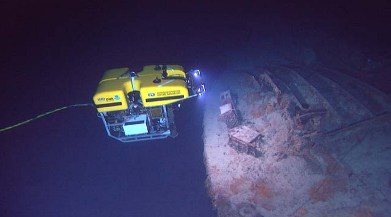 Mentioned above are some of the most famous technologies that are used for studying oceans.

Do you know any other important technology that is used to understand oceans?

What is a Cable Laying Ship?

Sukant Kumar is pursuing Naval Architecture at IMU, Vizag, India. An ardent lover of the shipping industry and its various aspects, he likes to read and write about latest technologies and trends that shape the industry.