Classifying vessels after port or harbor facilities is a popular and common norm in the maritime domain. Chinamax is a classification of ship type based on the dead weight tonnage or carrying capacity of bulk carriers.

Often classed under the ambit of VLOCs (Very Large Ore Carriers), the Chinamax ships are also synonymously tagged as Valemax vessels. Although not an official categorization  Valemax ships gain their name and reputation from their engaging company, the Brazilian shipping conglomerate Vale. 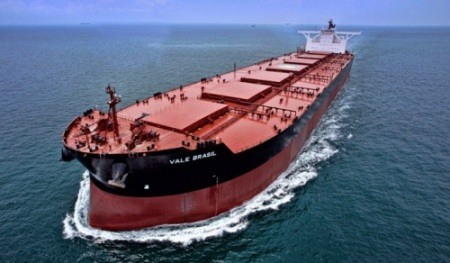 Brazil has been a key operator since the initial heydays of ore supplying operations to China with the Vale conglomerate strongly helping to address this demand. Although initially the most commonly utilised vessels to supply ores to the Oriental nation were the Capesize ships, in the year 2011, the company came up with its first purpose-built ore carrier ships, which came to be referred to as Chinamax ships and later on as Valemax ore carrying vessels.

The need to cater to Chinese demands for mass quantities of ore-based cargo in a cost-efficient way facilitated the development and rise of Chinamax vessels. Chinamax ships were thus primarily and solely intended to ply between Brazil and the various Chinese harbour facilities, to provide the required mass quantities of ores in the least time-period possible. Presently, just as the ore-based trade industry is not restricted to Brazil and China, even the utilisation of these bulk ships is not restricted only to the Chinese port and harbour facilities. 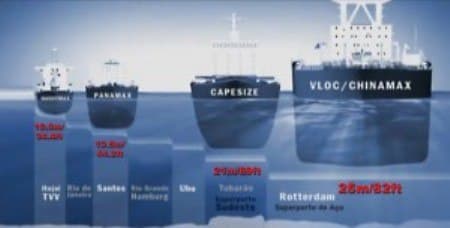 The categorisation of these bulk ships thereby entails to include all those harbour and port facilities that offer a faster unlading capacitance for the bulk ore-based cargo. Unlike other vessels’ classifications which are named for the meshing entryway limits set by authorities of important international water conduits, these bulk carrier ships are stipulated to certain preset dimensions and are amongst the world’s largest bulk carriers operating presently.

Although the utilisation of Chinamax vessels bodes well in terms of management of time and high economic returns per voyage, owners and operators of smaller-sized bulk carrier ships feel that their returns have diminished. 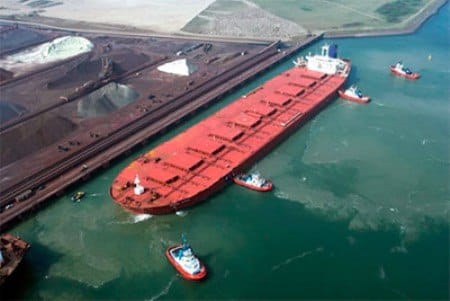 Another aspect dimming the sheen on the efficiency of the largest bulk carriers is that of the number of port facilities that can cater to this variance of bulk cargo carrier.

While these are indeed well-contested points, maritime experts believe that the usage of these bulk carriers will help to streamline the maritime ore-based cargo operations, like no other previous yardsticks.