The Port of Hamburg is not only the largest seaport in Germany, but also the second largest inland port. Around 10,000 inland waterway vessels run the transhipment facilities of the Elbe metropolis every year. The Hamburg Vessel Coordination Center (HVCC) is now developing a digital platform specifically for inland waterway vessels, via which ship calls can be coordinated centrally in the future. This marks a further step towards even more efficient, digitized processes in the Port of Hamburg. The concept will be presented to a broad audience for the first time today, 8 May, on the occasion of HVCC’s 10th Anniversary Anniversary event.

For ten years, the HVCC has been optimizing shipping traffic as a central, neutral and inter-company coordination center, which is located in the inflow and outflow of the Port of Hamburg. Originally, the two shareholders, Hamburger Hafen und Logistik AG and Eurogate Container Terminal Hamburg GmbH, founded the Feeder Logistics Center (FLZ) in 2009 to coordinate feeder vessels more efficiently, later also portraying first inland vessels.

This was followed by the Nautical Terminal Coordination (NTK) department, which was responsible for setting up the shipboard coordination in close cooperation with the Hamburg Port Authority (HPA). Since 2015, the joint venture has borne the name Hamburg Vessel Coordination Center. Exchanging data and continually improving the overall harbor system through as many participants as possible – that is the task of the HVCC. 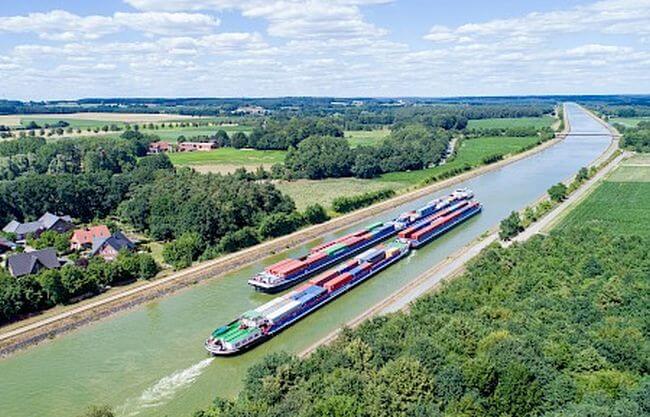 In view of the increasing transport of containers by barge in Hamburg, the HVCC is now developing its own inland waterway platform. Since 2012, the annual container volume, which reaches or leaves the Port of Hamburg by inland waterway, has increased by 40 percent to more than 128,000 standard containers (TEU). In addition, last year more than 100,000 TEUs of “wet transfers”, ie transports between the terminals by barge.

“The new platform will digitize and make more transparent the planning of inland vessel calls in Hamburg, the coordination of round trips in the port as well as the mooring and terminal handling,” says HVCC CEO Gerald Hirt. The platform links inland shipowners, skippers, terminals and the authorities and ensures a smooth exchange of data between all concerned. In addition to HVCC customer BCF Börde Container Feeder GmbH, Deutsche Binnenreederei AG, Carl Robert Eckelmann GmbH and Walter Lauk Ewerführerei GmbH are also partners in the project.

So far, each shipping company is undertaking the pre-planning for its vessels independently of each other, so that a high level of bilateral coordination between the parties involved is required. An essential goal of centralized inland shipping coordination by the HVCC is the reduction of inefficiencies along the transport chain, an increased transparency of plan data and thus an improved reliability of the handling – for all participants.

BCF Managing Director Hergen Hanke welcomes the further development of the HVCC offer: “We have been a partner of the HVCC for three years and expect the inland waterway platform to further optimize port rotation and minimize port stay time.” A better planning of the ship starts and the optimal utilization of the terminal infrastructure are for the terminals in the foreground.

Overall, the inland waterway vessel is to be upgraded as a high-performance and environmentally friendly means of transport and its great potential to be used as an essential support in hinterland transport. Hamburg’s Economics Senator Michael Westhagemann: “A facility like the HVCC is unique in Europe. It has become an established player in the maritime world and is a best practice example of living digitization in the Port of Hamburg. The establishment of a coordination platform for inland navigation will further increase the competitiveness of this sustainable mode of transport. This is positive for Hamburg as a port location. ”

The development of the new inland waterway platform, which is being carried out by DAKOSY Datenkommunikationssystem AG, is being supported by the Hamburg Department of Economic Affairs, Transport and Innovation. In the third quarter of 2019, a pilot system is to go into the test phase. Commissioning is planned for early 2020.