Fincantieri has been awarded an order for the construction of 2 new-concept gas powered ships (Liquified Natural Gas – LNG), from TUI Cruises, a joint venture between TUI AG and Royal Caribbean Cruises. The new units will be built at the Monfalcone shipyard and delivered in 2024 and in 2026, respectively.

These ships, of about 161,000 gross tons, will set up the backbone of the future TUI Cruises’ fleet. The order is based on a prototype project developed by Fincantieri which enhances the well-established features of modernity and sustainability of TUI Cruises, a company with one of the most modern and environmentally friendly cruise fleets in the world. With an innovative product configuration, energy efficiency lies at the heart of the project, with the twofold objective of reducing fuel consumption and minimizing environmental impact, according to the latest industry regulations.

“With the new class of ships we are responding to the wishes of our guests and creating offerings that will also inspire new cruise passengers. As with the other ships in the fleet, the passenger/space ratio remains generous”, stated Wybcke Meier, CEO of TUI Cruises. “The decision to run the two additional low-emission new builds is a logical continuation of our environmental strategy”. 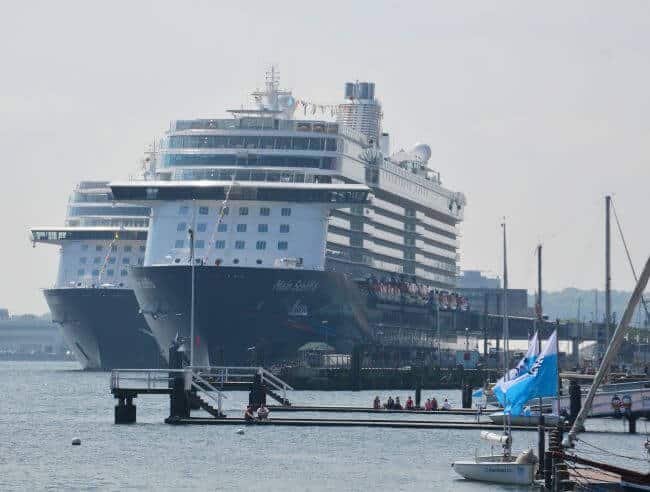 While commenting the announcement, Giuseppe Bono, CEO of Fincantieri, declared: “These will be the largest ships ever built in Italy: we proved once more we can provide the market with the best mix of reliability and innovation, pillars of Made in Italy and distinguishing features of Fincantieri in the global shipbuilding landscape. The project we developed and offered to the client allowed us to achieve this outstanding commercial record, which is not just about adding a new brand to our client portfolio, but also a confirmation of the absolutely cutting-edge technological content of our products. All of these factors consolidate our leadership in the field and further extend the workload horizon of our shipyards, which has no comparables in any other industrial sector”.

TUI Cruises is a joint venture between TUI group, the world’s number one tourism business, and the global operating cruise shipping line, Royal Caribbean Cruises Ltd. The company was founded in April 2008 and is headquartered in Hamburg. It has been offering cruises for the German-speaking market since May 2009. Within the expanding of its fleet, TUI Cruises will be introducing two new ships, in 2019 and 2023 with a total bed capacity of about 18,800.

Royal Caribbean Cruises Ltd. (NYSE: RCL) is a global cruise vacation company that owns and operates three global brands: Royal Caribbean International, Celebrity Cruises and Azamara Club Cruises. The company is a 50 percent joint venture owner of the German brand TUI Cruises, a 49 percent shareholder in the Spanish brand Pullmantur and a 36 percent shareholder in the Chinese brand SkySea Cruises. Together, these brands operate a combined total of 50 ships with an additional 11 on order as of May 31, 2018. They operate diverse itineraries around the world that call on approximately 540 destinations on all seven continents.