The last time we wrote about the most important nautical books for deck officers, we received several emails stating that many books were missing from the list. In today’s scenario, no maritime book can be deemed as less worthy, especially if they are published by some of the most prominent maritime organizations.

Considering this fact and taking inputs from several deck officers presently working at the sea, we decided to compile the ultimate list of nautical science books which every deck officer and ship owner must have in their collection.

SOLAS or Safety of Life at Sea is one of the most important maritime conventions dealing with safety of seafarers at sea and listing requirements for all merchant ships to comply with the minimum safety norms.

SOLAS: Consolidated Text of the International Convention for the Safety of Life at Sea, 1974, and Its Protocol of 1988 Articles, Annexes and ... All Amendments in Effect from 1 July 2009
Check Price on Amazon

MARPOL or Marine pollution regulation deals with the prevention of marine pollution by harmful substances discharged from ships. It consists of six annexes for controlling and eliminating marine pollution that can be caused as a result of a variety of shipping activities. These rules must be thoroughly known by all deck officers.

The convention of International regulation for prevention of collision at sea is an essential guide for ship navigation. The regulations, known as the “rules of the road” or navigation rules, are to be followed by ships and other sea-going vessels for preventing collision and accidents. 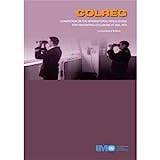 The international convention on load lines deals with freeboard and stability of ships and describes potential hazards of different zones and weather conditions. One of the main purposes of this code is to ensure water tightness integrity of the ship’s hull below the freeboard deck. This is a very important nautical book for all deck officers.

The STCW Convention deals with standards of competence required by seafarers to join merchant vessels. It includes new training and certification requirements and methodologies, requirements of hours of work and rest, medical fitness standards for seafarers, and prevention of drug and alcohol abuse. 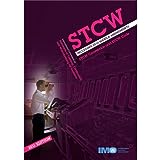 Admiralty Tide Tables detail the times and heights of high and low waters for over 230 standards and 6000 secondary ports in the UK and Ireland, Europe, the Indian Ocean, South China Sea and the Pacific Ocean for each day of the year. The tables outline methods of prediction, the effect of meteorological conditions on tides and provide additional information on exceptional tidal factors in each area. 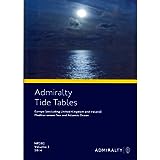 Ship’s Routeing Guide includes traffic separation scheme, areas to be avoided, deep water routes and other important information for navigation of vessels. The publication deals with all routeing measures for controlling and monitoring the navigation of vessels. A must-have nautical book for all deck officers.

The Cargo Storage and Securing (CSS) Code provides guidance for safe working conditions for securing of containers on deck of the ship. It also deals with safe stowage procedures and storage of vehicles on ships. This is important for all deck officers working on container ships.

The International Maritime Dangerous Goods (IMDG) Code deals with transport of dangerous goods by sea and covers matters as packing, container traffic and stowage, with particular reference to the segregation of incompatible substances.

The Ship Captain’s Medical Guide is intended primarily for use on ships where no doctors are present and the ship officers have to assess and treat injuries and to diagnose and treat ill health. This is an important nautical guide to be made available on ships.

The International Grain Code deals with Safe Carriage of Grain in Bulk on ships. The grain code replaced the original chapter VI of the 1974 SOLAS Convention, which contained detailed regulations on the carriage of grain in bulk, with more general requirements and placed the detailed provisions on grain in a separate mandatory code.

13. Ocean Passages of the World

The Ocean Passages of the World is an important nautical book for planning offshore passages of  merchant vessels, towing rigs and structures and sailing craft. The guide includes information on currents, winds, and weather at sea, along with climatic and navigation charts.

16. Symbols and Abbreviations Used on Charts

Symbols and Abbreviations used on marine navigation charts provide descriptions and depictions of the basic elements and symbols used on nautical charts provided by Admiralty. A must read for all deck officers.

The Mariner’s Handbook is a compendium of essential maritime information on charts; operations and regulations; tides, currents and characteristics of the sea; basic meteorology; navigation in ice, hazards and restrictions to navigation; and the IALA Buoyage system.

20. Annual Summary of Notices to Mariners

The annual summary of admiralty notices to mariners, also popularly known by its publication number NP 247 (1) and (2), is a publication issued by admiralty (UKHO) on yearly basis. The notices advice mariners on important matters related to ship’s navigation, hydro graphic information, aids to navigation, and changes in shipping channels. All deck officers working on ships must know about these nautical guides.

The International Safety Guide for Oil Tankers and Terminals is a definitive guide to the safe carriage and handling of crude oil and petroleum products on tankers and at terminals. The guide takes account of recent changes in recommended operating procedures, particularly those prompted by the introduction of the International Safety Management (ISM) Code, which became mandatory for tankers on 1st July 1998. The Guide provides operational advice to directly assist personnel involved in tanker and terminal operations, including guidance on, and examples of, certain aspects of tanker and terminal operations and how they may be managed.

22. The International Code for the Construction and Equipment of Ships Carrying Dangerous Chemicals in Bulk (IBC Code)

The Bridge Team Management is a nautical book which provides information on passage planning, coastal and estuarial navigation and bridge organisation using paper and electronic charts. It also offers detailed information on how to prepare a navigational plan and navigator’s notebook and ways to monitor progress in safe water are covered. It includes: team management, error chains, casualties and causes, passage appraisal, situational awareness, executing the plan, monitoring the ship’s progress, navigating with a pilot on board, GPS.

The International Medical Guide for Ships shows designated first-aid providers how to diagnose treat and prevent the health problems of seafarers on board ship.The International Labour Organization’s Maritime Labour Convention 2006 stipulates that all ships shall carry medicine chest medical equipment and a medical guide. The International Medical Guide for Ships supports a main principal of that convention: to ensure that seafarers are given health protection and medical care as comparable as possible to that which is generally available to workers ashore.

The Inert Gas Systems provides guidelines on current general practice used in the design and operation of inert gas systems and incorporates amendments adopted by the Maritime Safety Committee at its forty-second, forty-eighth and fiftieth sessions.

The nautical guide consists of a Star Chart (Northern and Southern Hemispheres) and eight transparent templates. (Latitudes 0, 10, 20, 30, 40, 50, 60, 75 degrees). The Star Chart shows the 57 stars tabulated in the Nautical Almanac.

Bridge Procedures Guide by the International chamber of Shipping  brings together the good practice of seafarers with the aim of improving navigational safety and protecting the marine environment. This nautical book takes account of regulatory changes since the late 1990s, including the IMO Convention on Standards of Training, Certification and Watchkeeping, the ISM Code and Radio Regulations, as well as the introduction of new equipment such as ships’ Automatic Identification Systems (AIS).

Ship construction by David J. Eyres is a comprehensive nautical science book on shipbuilding and shipyard practices. It also provides latest developments in the construction of different types of ships and safety practices. This is an essential book for both maritime students and professionals working in the field of ship construction and maintenance.

BCH Code includes amendments which were adopted by the MEPC by resolution MEPC.41(29) for chemical tankers constructed before 1 July 1986. Ships built on or after that date must comply with the International Code for the Construction and Equipment of Ships carrying Dangerous Chemicals in Bulk (IBC Code) for the purposes of MARPOL 73/78 and the International Convention for the Safety of Life at Sea (SOLAS 74).

Dr. Verwey’s Tank Cleaning Guide contains advice on the correct tank washing procedures from one product to the other. The nautical guide lists around  400 liquid Chemical Substances.

33. How to Keep Admiralty Charts up to Date

How to Keep Your Admiralty Products Up-to-Date (NP294) A comprehensive nautical book for deck officers for updating all Admiralty products.

The Code of Safe Practice for Ships Carrying Timber Deck Cargoes, 2011 is a non-mandatory code and applies to all ships of 24 m or more in length carrying a timber deck cargo. The Code aims to ensure that stowage and cargo securing arrangements for timber deck cargoes enable a safe yet rational securing of the cargo so that it is satisfactorily prevented from shifting.

BLU Code includes Code of Practice for the Safe Loading and Unloading of Bulk Carriers adopted by the Maritime Safety Committee . It also includes amendments to the manual on loading and unloading of solid bulk cargoes for terminal representatives adopted by the Maritime Safety Committee at its eighty seventh session in May 2010.

Published in 74 volumes covering all the navigable waters of the world and complementary to Admiralty charts and other nautical publications. The nautical books provides comprehensive information on navigational hazards, buoyage systems, pilotage, regulations, general notes on the countries, port facilities, seasonal currents, ice and climatic conditions.

If you know other important nautical books for deck officers not included in this list, let us know and we will add it here.