There is an old anecdote about a ship going up-river in a port when another ship is sighted on the radar. There is already a marine pilot onboard who informs that there is no mention of outbound traffic and the other ship on the radar is probably at anchor.

Just to confirm, he calls the ship on VHF, identifying her by geographical position and asks, “Vessel in position XYZ are you at anchor?”; to which, the other ship replies, “ This is the ship in position XYZ, yes, I am a tanker”. The ensuing confusion results in an accident.

Once the humour wears off, the readers who use VHF for communication every day at sea will realise that this situation is actually quite possible. Use of VHF for collision avoidance is always debatable and whether to use it or not will depend on a case-to-case basis. It is extremely common in certain parts of the world and in pilotage waters where chances of miscommunication are minimum.

Considering these points in mind, let’s identify a few basic seamanship and good navigation practices, which can save the day.

At open sea from his cabin, the Captain saw a small fishing boat in close proximity to the bow of own ship. He rushed up to bridge, engaged hand steering and avoided a collision. In this case, the officer of the watch had not sighted the fishing craft as he was navigating solely by radar and this target was not picked up due to its size. At that time OOW was altering course for another ship that was seen on radar.

In this case, had the officer of the watch kept proper lookout by actually looking out of the bridge window the situation could have been avoided. There is saying that nothing beats the “Mark 1 Eyeball method of navigation” and despite technological advancements this still holds true, a trained human eye can pick up a lot of information and brain can process it faster than a complex algorithm spits it out on radar display screen. 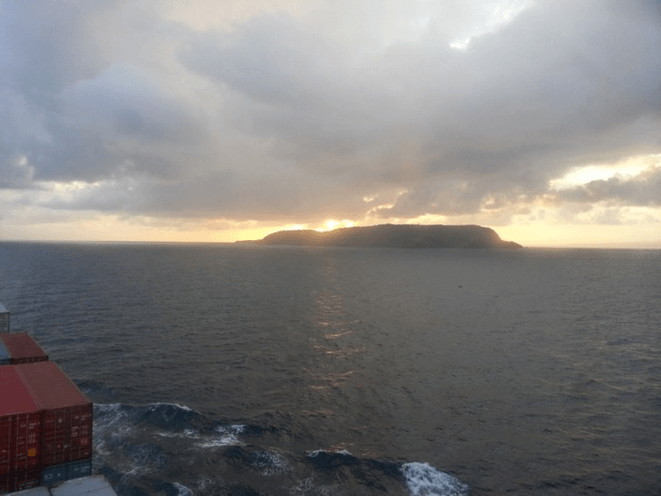 Because of sunrise you can spot a boat in water, but if water is choppy or it’s sunset time it will not be easy to sight.

In restricted visibility and an area known for dense traffic, the lookout on duty informed OOW about a target sighted right ahead on the radar. The officer of the watch did not take any action as he assumed that the target was either a fishing craft that would move away as the ship got closer to it or it was a false echo. This resulted in a collision with another ship that was stopped and drifting.

In the above case altering course even for a “false echo” would have been the best action to ensure vessel safety.

Safe navigation using radar can be done only when the navigator is confident in his understanding of the equipment and knows its limitation.

During the times when radars were not used 24X7 there was a term called “Fairweather practice”, it is still relevant today. This meant that best use was made of the opportunity to use radar whenever it was available and a mental image was built up which would help in comprehending radar picture during restricted visibility.

Now with increased AIS dependence, there is even less use made of automatic radar plotting aid (ARPA) function of radar. Radar target must always be verified visually. Over a period of time just by looking at echo and its movement navigator will be able to ascertain the type of target being painted.

While approaching port and after plotting position on the chart, the navigating officer informed the Captain that the vessel was North of intended track and he should come South to counteract that.

On the basis of the feedback, the captain started adjusting the course, but the radar picture of landmarks and navigator’s assessment did not match. So the Captain checked for himself and realized that OOW had plotted latitude incorrectly, the vessel has just crossed The Equator and was in the Southern hemisphere.

Similar to this incident is when during the crossing of Greenwich or meridian or 180 ° longitude position is marked East instead of West or vice versa.

With the increased use of ECDIS possibility of such errors is minimized. But what remains missing from navigators’ understanding is the principle of monitoring a ship’s position. They depend on the company Safety Management System for guidance and then regardless of their own situation, plot positions at prescribed intervals from SMS. This doesn’t help because SMS can provide guidance but you as a navigator must make an educated decision.

A simple rule of thumb to remember here is that “between two successive position plots a vessel should not be in danger”. Whenever a navigator plots position on a chart, it should be followed with a dead reckoning position (DR position), which will give a rough estimate of vessel location at the time of next plotting. On the basis of DR, the frequency of plotting can be increased or decreased.

It will be easier to comprehend for modern navigator if this is compared to look ahead function of ECDIS. 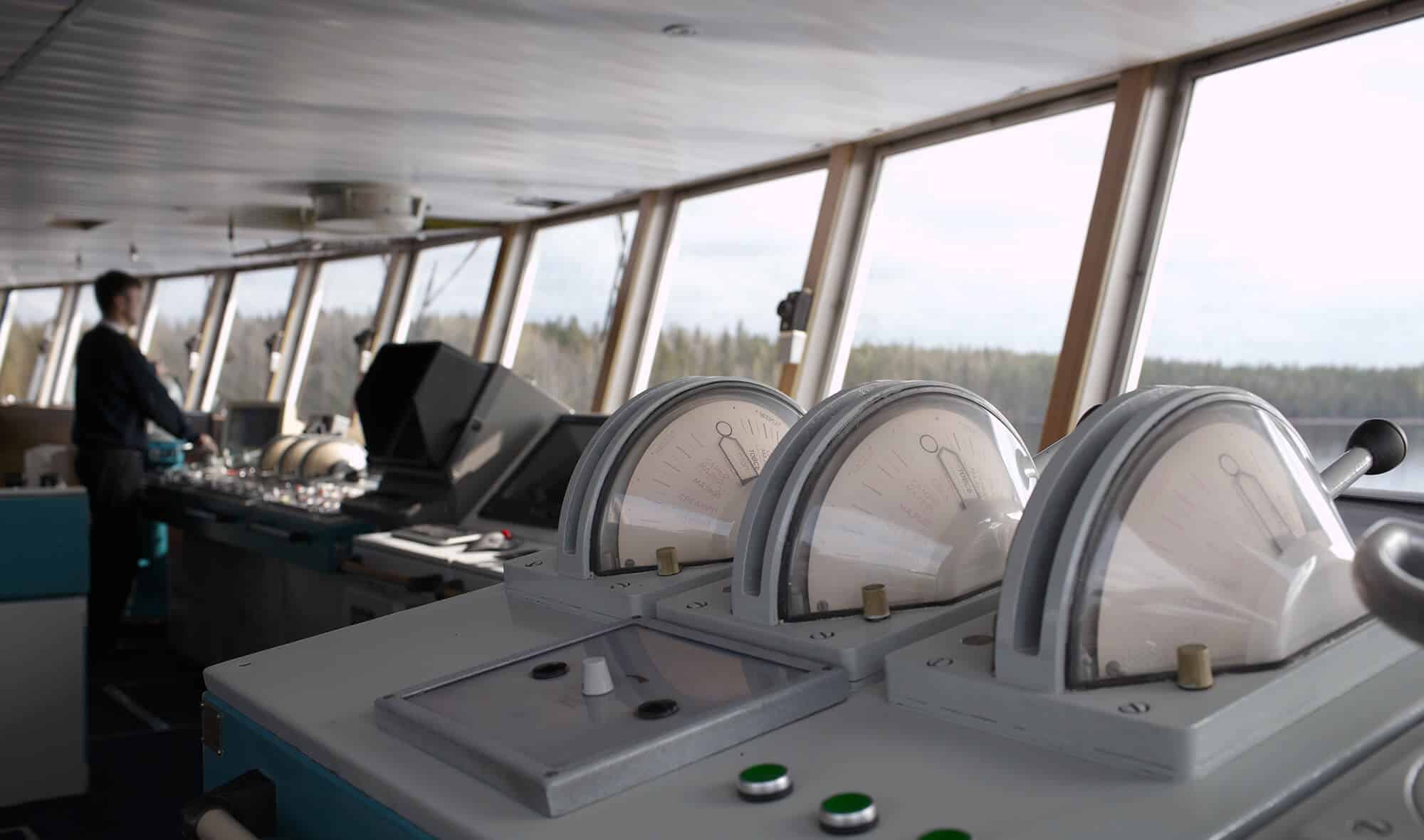 An experienced chief officer was taking the ship to pick up the pilot in a buoyed channel. He was a little nervous as he was being assessed for his ship handling skills by the Captain.  After entering the channel, the ship started setting and starboard hand lateral buoy was sighted right ahead. Seeing the buoy right ahead, the Chief officer immediately ordered hard to starboard, Captain overrode his order, realigned the ship again and handed over con back to him.

Somewhat similar to East West North South cases mentioned above, this can happen during a lapse of concentration resulting in confusion regarding the colour of buoys and which side to pass them. A common reason for this to happen is due to the different colour of buoys in IALA regions – region A and region B or inside some ports, the direction of the voyage will change (clockwise around landmasses), or in case of preferred channel buoys.

Such confusion can be kept to the minimum by remembering, “can to port – cone to stbd” when inbound, this will reverse when outbound. 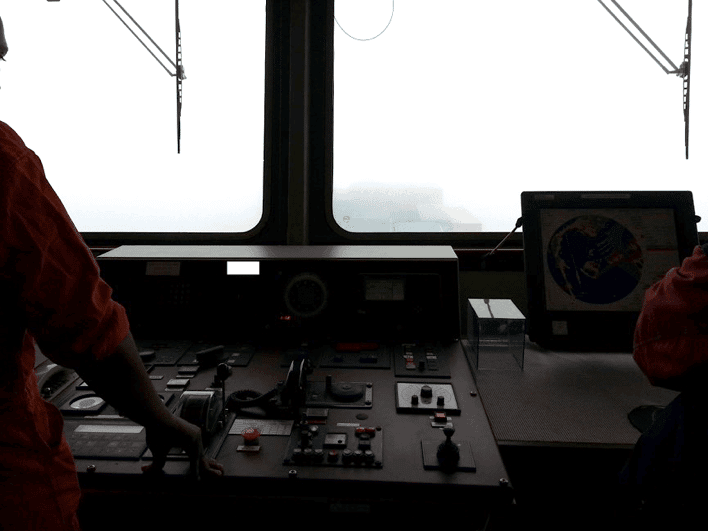 In a busy traffic separation scheme, the Captain had the con of the vessel and OOW was communicating with VTS. when the lookout reported that a stationary fishing boat on the starboard side had now started moving and was crossing the bow. Captain verified the movement of the target on the radar and ordered to helmsman “starboard 20”.

At this time, the bridge telephone rang and was answered by Captain. After completing the telephone conversation, when he looked up, he noticed that fishing boat was still not clear of the ship’s bow and he ordered: “hard at starboard”. At this time the bridge team realized that though the helmsman was repeating the order, he was actually applying helm in the opposite direction. It is always essential to monitor the rudder angle indicator (RAI) to break such a chain of error.

The Ultimate List of Nautical Books for Deck Officers

What is Arctic Bridge Sea Route?

What Are The Duties of Officer On Watch When Pilot is On Board Ship?