Communication is a common, widely used small word with a wide context. A very common funny incident quoted these days – Someone called up emergency services stating that a person named Hu met an accident. By the time the Emergency services could assert themselves regarding the identity of the victim and understand that it was Hu and not Who – the victim passed away. Often we have seen junior ranks on ships responding with ‘Yes Sir’ for any task assigned and later on to be discovered something else has been done with respect to the subject matter.

Above example states the importance of an accurate and precise comprehension of instructions and their relevant and situational interpretation as well. Various instances onboard require a mariner to respond as well as act according to pre defined and specified patterns during routine and emergencies . For various non-routine tasks also companies have introduced team meetings, tool box meeting and risk assessment procedures. These sessions of interaction are invariably held and they assist a master or other team leaders in recognising merits and de merits of their team members prior a task. Communication between team the leader and team members or amongst team members here plays a pivotal role in underlining probable inception of error chains and eliminating such root causes.

The below incidents highlight how various communication failures led to accidents and even loss of property.

Case 1 : A vessel was transiting Suez Canal with pilot onboard where she was supposed to be navigating along the centre line of the channel , however as she drifted away from the centre line the pilots and bridge team used corrective helm and engines to counter it. By the time the vessel had swung considerably and it neared another bank on the opposite side. The stern of the vessel brushed and contacted with rocky bottom . A heavy thud was heard and vibrations felt on the wheelhouse and engine room as well. Speed of the vessel dropped and picked up again. All ship staff noticed the vibrations. Engine room called up bridge to confirm if everything was in order. Both the officers on watch confirmed with the pilot if everything was in order to which pilot responded affirmatively. The vessel had picked up speed again and resumed the canal transit. The senior most officer on watch neither called master nor discussed it later on with him . However below the waterline the forward part of the hull suffered damages and thus her strength was reduced considerably in the area of impact. Slight deformation was there but below the waterline. The vessel crossed the canal and while she was loading in load port a large thud was heard again and the officer on watch noticed water rushing in ballast tank No. 1 ,2 ,3 on Port Side. Due to continual stresses on a damaged, deformed and fatigued hull the weak zone crumbled and gave away.

Image for representation pupose only. Image Credits: My Channel/YouTube

The root cause upon investigation was lack of communication among onboard team as they failed to assess damages through ballast tank inspection after a contact and report the shore based management about the same. A strong channel of communication here between team onboard and shore staff could have saved off hire charges and the loss of reputation the ship owners suffered.

Case 2 : In an another chain of events a team of engineers at sea were busy with pre arrival tests of cargo machinery. It was planned to test the steam turbine driven cargo pumps . The junior most engineer was asked to open the main steam valve. There were three valves in total , one each for a turbine. He opened one of the valves and there was a rattling sound of steam gushing through the line which damaged one of the steam turbine. A wrong turbine which was not being warmed up was exposed to steam. The vessel was approaching port within three days and no spares for turbine were available onboard thus vessel had only two pumps operational instead of three. This information was not conveyed further to the terminal in their pre arrival questionnaire or the charterers. Instead the vessel reported all cargo equipment in order. As a result of this vessel was put on off hire till all three pumps were operational and black listed at the terminal for that port. 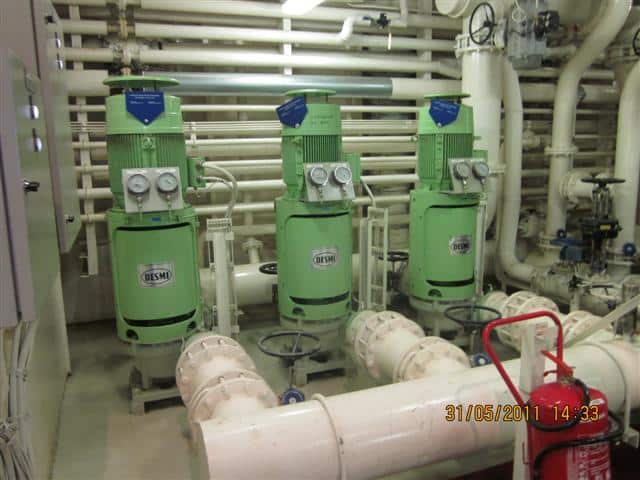 The above incident did not happen because the team members were incompetent. The prime fact which the team had neglected was communication of specific instructions and the acknowledgement of the same by the personnel to whom the jobs have been assigned. A Reciprocating method is always helpful to prevent an error chain from developing.

A very common subject matter of case studies often points out authority gradient as a major contributing factor in accidents related to Navigation. Bridge team failures where due to one sided or restricted communication between senior and junior deck officers, the vessel ran aground, collided with a berth or another vessel or escaped a near collision situation.

Bridge team management or bridge resource management emphasises on development of two ways and interactive communication along with requisite navigational skills and expertise. As rightly put by them – Ill managed resources or personnel on the bridge pose an equivalent hazard comparable to navigational hazards during a passage. In almost every error chain, the consequences of which gradually lead to an accident has been due to failure of the team to communicate instantly and without hesitation.

A team leader should always create an amicable environment and encourage inputs and active participation of his team members while planning and executing various tasks onboard. A well assessed team is an essential feature to achieve targets in a safe and time bound manner. Such teams witness well co – ordinated efforts with shore management and support.

Follow up of an instruction given is to be ascertained so that the job performed is relevant to the purpose intended. It is important for a team leader to provide precise instructions and at the same time for team members to understand them clearly. Onboard Communication can be in three forms verbal, written instructions or by signalling. Few tips for improving communication channel onboard are :

Always remember – Do not say ‘Yes Sir’ if you do not understand it. A timely communicated shortcoming or deficiency can save a lot of untimely losses and perils.