The vessel had berthed and commenced discharging, with a shore crane, a load of 72,000 metric tons of steaming coal. When requested by shore personnel to draw samples of the cargo, the duty officer instructed the crew member to do so by entering hold number six through the trunk that housed the Australian Ladder. 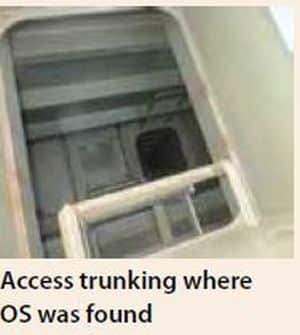 Immediately he mustered assistance; the crew member was brought on the main deck and attended to. The port ambulance brought the victim to the nearby hospital but he was declared dead on arrival.

Unfortunately, the atmosphere inside the trunking was only checked some 24 hours after the accident; Oxygen and carbon monoxide levels were found to be normal.

Editor’s note: Even though the victim was relatively new to the trade, it is reasonable to assume that even an experienced hand would have suffered the same fate in this instance due to the lack of procedural rigour. Masters and chief officers must be proactive in ensuring that these procedures are in place and are followed. As many readers may already know, SOLAS has been amended; enclosed space entry drills and training once every two months will become mandatory as of January 2015. Hopefully these additional measures will save lives.