The Sri Lanka Ports Authority (SLPA) observes recent reports in the press about the envisaged Memorandum of Cooperation (MoC) between the three governments of Sri Lanka, Japan and India on the East Container Terminal of the Port of Colombo and makes the following release to both clarify and inform interested stakeholders.

Firstly, the Authority believes that the envisaged MoC demonstrates Sri Lanka’s ability to maintain and further its’ national interests while cooperating with International Partners. 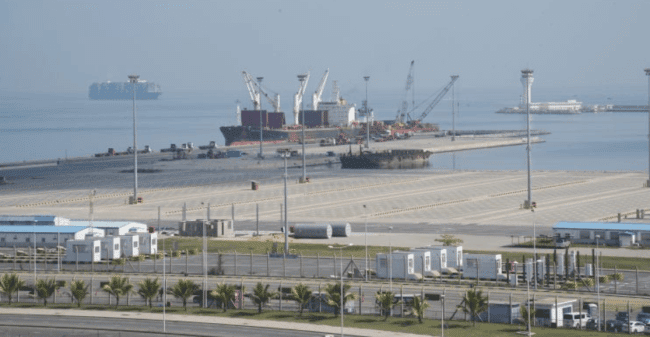 SLPA believes the envisaged new partnership will help the Port of Colombo to continue growth and further improve its position.

Within the next three decades, over 45% of global GDP and trade is predicted to originate or be located within the Asian region. In this ultra-connected world, deep relationships with multiple trading partners is not only prudent business, it is critical to ensuing Colombo Port remains relevant to global trade.

Secondly, the envisaged Memorandum of Cooperation (MoC) codifies the following:

The envisaged Japanese loan carries one of the best loan terms Sri Lanka has obtained. However, given that the loan terms are awaiting formalization, it would be premature for SLPA to comment.

The 51% stake is also one of the best in SLPA joint ownership endeavours. SLPA’s majority ownership in the new TOC represents a significant step in prioritizing National Interests.

The 51% stake is also one of the best in SLPA joint ownership endeavours. SLPA’s majority ownership in the new TOC represents a significant step in prioritizing National Interests.

These elements combined allow Colombo Port to develop at a faster pace than would otherwise be feasible using SLPA’s own funds.

Thirdly, the global cargo trade is an extremely competitive, fast-paced, rapidly evolving industry, that requires Ports to be timely in their capacity expansion, execution, and service levels. The envisaged MoC is a significant step in ensuring Colombo Port delivers on these goals in an agile manner.