A delegation from the International Chamber of Shipping (ICS), the Asian Shipowners’ Association (ASA) and the European Community Shipowners’ Associations (ECSA) has, at the World Trade Organization (WTO) in Geneva, expressed concern over recent increases in protectionist measures. Presenting two position papers to the WTO, the shipping sector has “fully committed to the preservation and promotion of free trade policies and principles around the world.” 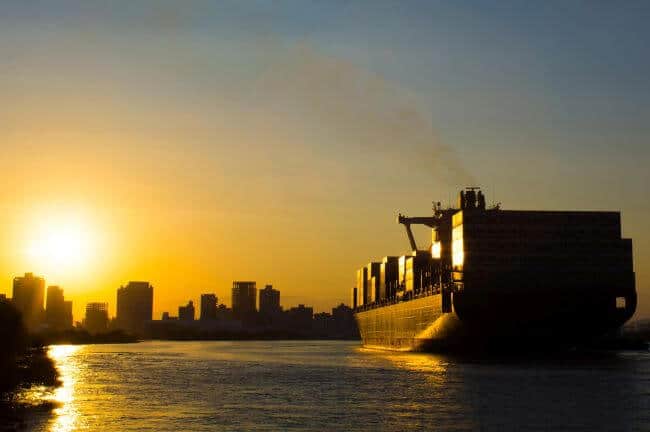 This comes at a time when trade barriers are becoming more prevalent and represent a worrying trend for the delivery of sustainable economic growth. The papers highlight that there has been a seven-fold increase in import-restrictive trade measures since 2017. This represents an additional USD 588.3 billion of additional costs to global trade. The importance of this representation has been given heightened relevance following the decision by the United States of America to increase import tariffs on certain goods from China.

Addressing the WTO Simon Bennett, ICS Deputy Secretary-General said: “It is no coincidence that the massive growth in the global economy and thus the demand for maritime services that has been seen over the past 25 years has followed the WTO’s establishment in 1995. Global maritime trade now exceeds ten billion tonnes of cargo a year, but the efficiency of the shipping sector is dependent on a rules-based trading system. This requires the negotiation and adherence to multilateral trade agreements under the auspices of the WTO. Recently this success story has been the subject of unwarranted criticism and threat by certain governments, including the United States, undermining the WTO’s role as the regulator of international trade. There are no winners when you increase unilateral tariffs, which is why the best place to address disputes is at the WTO.”

137 new trade-restrictive measures were put in place between 2017 and 2018 which have added significant burden and cost to the free movement of goods.

Speaking in the margins of the WTO negotiations on e-commerce, Lieselot Marinus, Director of Shipping & Trade Policy at ECSA said: “We are concerned at the growth of sector-specific protectionist measures, particularly cargo reservation whereby the carriage of international cargoes is restricted to national flagships, undermining fair competition and a global level playing field.”

Captain Ang Chin Eng, Secretary General of the ASA added: “The global shipping sector is calling on the global community and WTO Member States to continue to support the WTO and its various functions, which help to govern and maintain the efficient operation of global trade in the best interests of all nations.”

ICS, ASA and ECSA representing the shipping industry which is responsible for the carriage of about 90% of world trade, asserted that the shipping sector still needs to see progress being made under the General Agreement on Trade in Services (GATS).

Shipowners are encouraging WTO Member States to ensure that bilateral agreements and regional agreements – including those which relate to shipping and maritime transport services – do not conflict with their current national schedules of commitments, as agreed within the framework of the WTO.