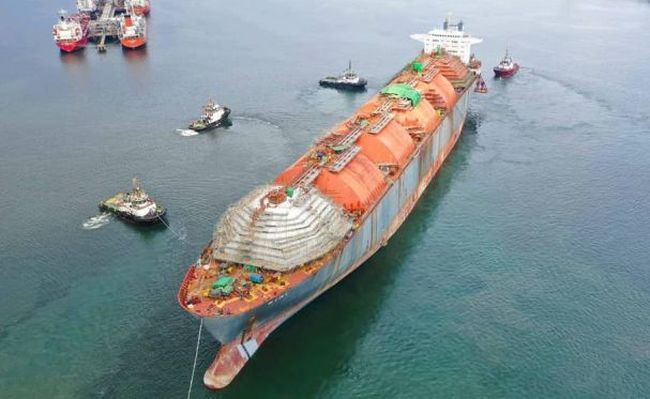 The study, which assesses the converted FLNG Hilli Episeyo and a new build FLNG of a comparable design and specification, concluded that the converted FLNG saves a total of 63,343 tons of GHG emissions. This is equivalent to taking around 13,500 cars off the road for a year.

The repurposing of LNGCs into FLNGs contributes to the circular economy, adding decades to the life of the vessel and recapturing value that would have been lost through disposal, as well as reducing the consumption of materials that would have been needed for a new build. For example, utilisation of virgin steel was reduced by 39% in the converted FLNG Hilli Episeyo, contributing significantly to the reduction in GHG emissions. 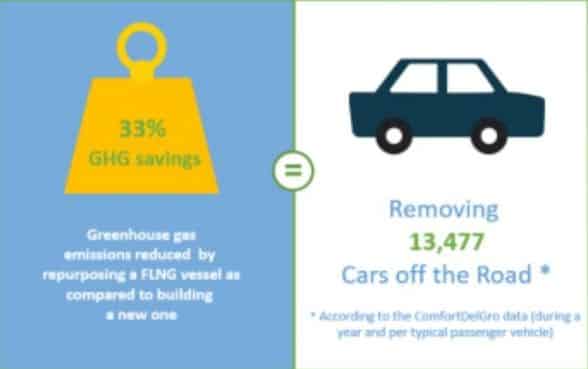 Mr Chor How Jat, Managing Director (Conversions & Repairs) of Keppel O&M, said, “We are committed to driving cleaner and more sustainable solutions for the offshore, marine and energy industries. As a pioneer of vessel conversions, Keppel O&M promotes a circular economy as well as supports customers in reducing their emissions and achieving significant savings in resource consumption. In comparison to a new build FLNG, a converted FLNG has a smaller carbon footprint, is more cost-effective, and is faster-to-market. Keppel O&M has previously converted several vessels into FSRUs for Golar, and to date, is the only yard trusted by Golar for its FLNG conversion capabilities.”

Hilli Episeyo – the world’s first converted FLNG – has performed consistently, providing proof of concept and attesting to the innovative and reliable solution put forth by Keppel O&M and Golar. The FLNG has maintained 100% commercial uptime since its delivery in 2017, and recently surpassed its 42nd cargo dispatch. Keppel O&M is currently undertaking its second FLNG conversion, Gimi, for Golar which is being repurposed for the 20-year BP Greater Tortue Ahmeyim contract offshore West Africa.

Iain Ross, CEO of Golar LNG, developer, owner and operator of the FLNG Hilli Episeyo, and of the FLNG Gimi, currently being converted said: “Golar has long understood the merits of repurposing its fleet of high quality assets, having repurposed five vessels over the last 13 years with a further 2 currently in the process of being converted. The company has never scrapped an asset. The advantages of cost and speed to market have always been well understood and easy to quantify. Golar has consistently believed in the sustainability of this approach too and Keppel’s study now quantifies the environmental advantages of this part of our FLNG business model. Sustainability is integral to Golar’s business strategy and an FLNG conversion solution helps us minimise our carbon and environmental footprint. Use of FLNG also allows our customers to minimise theirs”.

Commissioned by Keppel O&M, the study by ERM assesses the converted and new build FLNG across three stages of the project life cycle, namely the end of life of the LNG tanker, repurposing or shipbuilding of the FLNG, and maintenance of the FLNG. A summary of the study is provided in Annex A.

Lauding vessel conversion as a recycling best practice for companies, Mr Nat Vanitchyangkul, Asia Pacific Sustainability Lead of ERM shared, “By enabling a second lease of life for vessels, Keppel O&M not only delivers more function from less consumption, but also helps its customers to defray the environmental impacts caused during vessel decommissioning. This circular economy initiative should be replicated as a best practice by offering businesses the prospect of delivering more sustainable products, as well as securing bottom line savings.”