The International Maritime Organization (IMO) has launched a new logo for its Women in Maritime programme, as part of its mission to support the United Nations Sustainable Development Goal 5: Achieve gender equality and empower all women and girls.

Programme lead Helen Buni said: “The IMO Women in Maritime programme supports the participation of women in both shore-based and sea-going posts, under the slogan Training-Visibility-Recognition’, through a wide range of gender-specific activities. The new logo is just one visible part of the programme and will help women in maritime gain more visibility and exposure throughout the maritime sector and beyond.”

The primary objective of the IMO Women in Maritime programme is to encourage IMO Member States to open the doors of their maritime institutes to enable women to train alongside men and acquire the high-level of competence that the maritime industry demands. 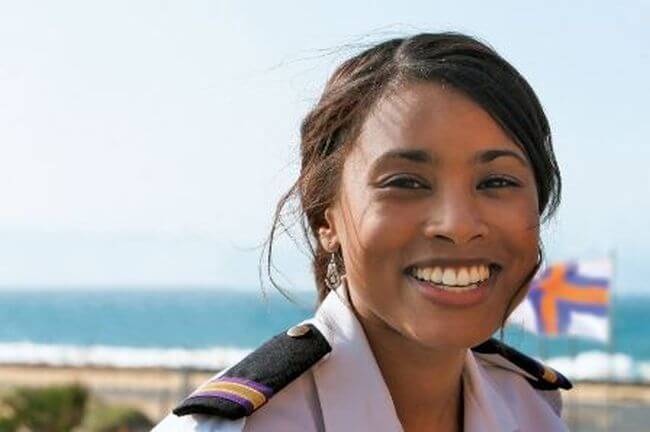 Since the programme was established 31 years ago, its portfolio of activities has grown extensively. IMO has facilitated the establishment of seven regional associations for women in the maritime sector across Africa, Asia, the Caribbean, Latin America, the Middle East and the Pacific Islands, some 152 countries and dependent territories and 490 participants.

The programme provides gender-specific fellowships, giving access to high-level technical training for women in the maritime sector in developing countries. A good example is the long-running “Women in Port Management” course, hosted in Le Havre, France, in partnership with the Port Institute for Education and Research (IPER) and the Le Havre Port Authority, where, in 2018, 48 women from 32 countries received training on port management. A total of 308 women have received training under this activity alone.

IMO also facilitates the identification and selection of women by their respective authorities for career development opportunities in maritime administrations, ports and maritime training institutes.

During 2019, some 10 activities are planned under the umbrella of the IMO Women in Maritime programme, including conferences, courses, workshops and regional meetings.

“We are inviting IMO Member States and particularly the regional associations for women in the maritime sector to use the new logo as they see fit, to show that they are part of a strong, global IMO Women in Maritime family,” Ms. Buni said.

The launch of the new logo for the Women in Maritime programme comes as IMO focuses on women in maritime during 2019, under the World Maritime Day theme “Empowering Women in the Maritime Community”.

The Women in Maritime programme is largely funded through IMO’s Technical Cooperation fund, with a great deal of in-kind and financial support from a number of donors. IMO continues to seek new sources of funding in order to support the programme into the future.

IMO’s Women in Maritime programme was formerly known as the programme for the Integration of Women in the Maritime Sector (IWMS).