Avenir LNG Ltd (N-OTC: Avenir) is pleased to announce the signing of contracts with Nantong CIMC Sinopacific Offshore & Engineering Co. Ltd. (SOE) for the construction of two 7,500 cbm LNG carriers, at its Nantong, China shipyard, with options to build two more. Delivery of the two LNGC new buildings is scheduled for May and August 2021. The ships are designed to include ice class 1B, full bunker functionality, double hull and dual fuel electric twin azimuth propulsion. 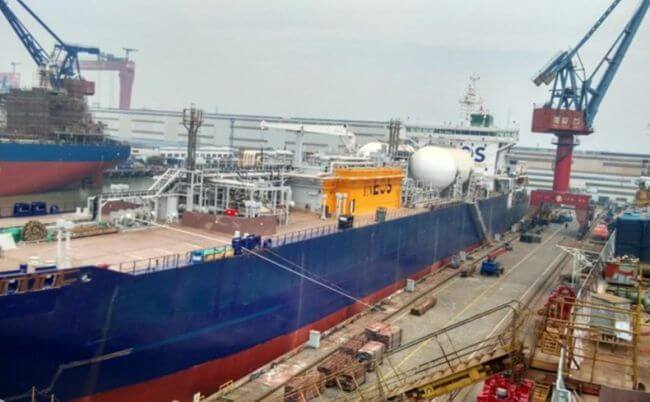 The order for the 7,500 cbm LNG ships replaces the previous option to build two additional ships with Keppel Singmarine which was cancelled by mutual agreement.

Avenir has existing contracts in place with SOE for two 20,000 cbm LNGs. These are scheduled for delivery in Q1 2021.The contracts also include options to build 2 + 2 additional 20,000 cbm LNGC’s.

SOE is one of China’s most experienced gas carrier shipbuilding yards having built eight multi-gas carriers for Evergas and the world’s largest Ethylene carrier.

Avenir has issued a separate press release changing the number of orders at Keppel Singmarine from 4 to 2 x 7,500 cbm LNGC’s at their Nantong, China shipyard.