Ship arrest is a civil law admiralty procedure which is practically entered upon an activity or enterprise by imposing a ‘Warrant of Arrest’ on the ship. This article provides the reader with an insight into ship arrest, its reasons, uses and consequences and everything one may ever want to know about the topic concerned.

What is Ship Arrest?

Marine admiralty has this jurisdiction to prevent a ship legally from moving or trading as long as the resolution of the concerned court action is pending. In this case the ship, which has authorized by the pertained commission to be arrested, is usually taken in charge in colligation with a claim rather than a warrant of arrest for its own sake. Here the ship is detained by judicial process in order to secure a maritime claim, but the arrest warrant does not imply the seizure of a ship in execution or gratification of a judgment. 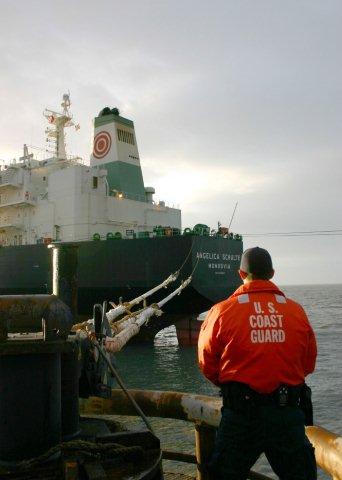 A number of events or occurrences may trigger the arrest of ships. The concerned authority, by abiding by the law of ship arrest, may conduct a warrant of arrest on a ship and formal or informal investigation pertaining to certain crimes, such as:

Any domestic of foreign ship may be arrested in the jurisdiction of the authority of a Court or an appropriate judicial authority in respect of any maritime claim only and essentially no other claim. In its esteemed a claimant may ask for a ship arrest for a particular claim. A ship within the same jurisdictions cannot be arrested more than once by the same claimant.

One may apply for a ship arrest after ensuring that the Claim Form has been issued. The application and an affidavit that must follow should contain the followings:

If the authority finds it is right to arrest, the ship becomes a security for the determined compensating costs and an object to be sold to satisfy the claim. However this hardly takes place as the owner manages to satisfy the requirement for security by offering a letter of undertaking.

There are in fact certain measures to prevent arrest of ships, especially when the owner of the ship is aware of the claim. This is even more important when the ship is used for commercial trading and the ship arrest might cause it financial loss. Hence it is essential to foresee potential claim against the ship or the owner himself. In most cases the owner renders an acknowledgement of service to the claim and offer security standards to gratify the claim with interest and costs. However this may not prevent the ship from being arrested, but the Court could order discharge of the ship arrested.

Release of the Ship Arrested

A ship can only be released if the arresting party allows it to or the court orders for the same. If the authority finds out a dispute over the value of the claim, the claimant has to provide an undertaking to pay on demand all the expenses related to the arrest of ships. A third party may also claim to have a right against the ship, for which they must enter into a contractual arrangement to prevent any dealing with the ship or its release. However this may enact the Court to obligate the third party pay the damage costs to the owner of the ship for the delay caused in its release.

Implementation of ship arrest can cause severe disruption to a ship and its owners. Nevertheless the criteria for arrest of ships in a certain jurisdiction must ensured to have satisfied otherwise a warrant for wrongful arrest unlawfully may ensue and terminate the case and cost the claimant the severe expenses for the impairment caused. Both the owner of the ship and the claimant for ship arrest must be aware of this fact.

You may also like to read-Who is a Maritime Lawyer?