You are here: Home › Maritime Law › Who is a Maritime Lawyer?
TwitterFacebookLinkedInPinterestBuffer

A Maritime Lawyer is a person who is specialized in that branch of law which specifically deals with the aspect of marine industry on the whole. A Maritime Lawyer has to be well versed in the aspects of compensation for seamen who have been injured, claims for compensation for accidents that have occurred when ships collide and every other minute detail relating to the oceans and the seas and the happenings there.

Duties of a Maritime Lawyer

The concept of Maritime Law has been existent right from the 17th and the 18th century when sea travel was the common norm. But unlike in those times, modern day maritime law has become far more encompassing due to the various laws and regulations passed by various nation states. Therefore a Maritime Lawyer needs to be absolutely aware of every facet of knowledge about the marine law of every major and minor nation. 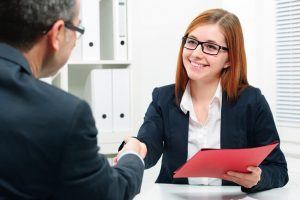 For a Maritime Lawyer it is important to be aware of the laws of every nation because in today’s times, business transactions involving the use of ships, trawlers and boats come within the purview of coast guards and border security patrol. Therefore, in case there happens to be any breach accidentally by the seamen and fishermen in the boats and the trawlers, they have to depend on a Maritime Lawyer to help them out of the crisis, making it important for the lawyer to understand whatever there needs to be understood about the vast area of the seas and the oceans.

Additionally, a Maritime Lawyer also has to be sure about the specifics and the core of problems which could be controversial in some cases. Accidents where the damage caused is neither too much nor too less but where amount of compensation asked is questionable or injured parties whose compensation level needs to be keenly monitored are some areas where a Maritime Lawyer has to pay lots of attention. For this purpose, he has to keep an eye out for specific statutes and laws which stand ground in every nation across the world along with the specific laws of a particular nation.

Acts like the Jones Act which specifically deals with seamen injured or dead in the line of work and their compensation claims is an area about which a Maritime Lawyer needs to be specifically aware. Since a marine lawyer is involved with marine operations on a larger scale and since this specialization is not known to many, it becomes important that a Maritime Lawyer allots proper care and consideration to each and every client so that they are able to receive a fair deal through the legal process.

In today’s times where the protection of marine ecosystem and ecology has become very important, a maritime lawyer can help to solve the threats and the problems posed by various events and incidents like the oil spill and so and so forth. Criminal lawyers and civil lawyers have their plate full by the activities happening on dry, solid ground but now, even maritime lawyers have to be on their mark because of the evolving and increasing nature of marine operations. In their own way, maritime lawyers help to bring about a balance between the legal operations on land and the legal operations taking place on the waterways and since walking on water is not that easy, their contribution to a completely unique yet important area of legalese needs to be mentioned and duly appreciated.

If you liked this article, you may also like to read What is ISPS code.

What are Viking Ships?