Ships plying in designated emission control areas (ECAs) will have to use fuel oil on board with sulphur content of no more than 0.10% from 1st January 2015. Learn everything you want to know about the new sulphur limits below.

What are the new requirements relating to sulphur emissions?

Ships trading in designated emission control areas will have to use fuel oil on board with a sulphur content of no more than 0.10% from 1 January 2015, against the limit of 1.00% in effect up until 31 December 2014.

The interpretation of “fuel oil used on board” includes use in main and auxiliary engines and boilers. Exemptions are provided for securing the safety of the ship or saving life at sea, or as a result of damage to a ship or its equipment. Also, provisions for trials for ship emission reduction and control technology research provide for a time limited exemption.

What treaty do these new rules come under?

The stricter rules come into effect under the International Convention for the Prevention of Pollution form ships (MARPOL) Annex VI (Regulations for the Prevention of Air Pollution from Ships), specifically under regulation 14, which covers emissions of Sulphur Oxides (SOx) and particulate matter from ships. These requirements were adopted in October 2008 by consensus and entered into force in July 2010.

Where are the emission control areas referred to?

How can ships meet the new requirements?

Ships can meet the new requirements by using low sulphur fuel oil such as Marine Gas Oil (sometimes called distillates). An increasing number of ships are also making use of gas as a fuel as this contains no sulphur and when ignited leads to negligible Sulphur Oxide emissions. This has been recognised in the development by IMO of the
International Code for Ships using Gases and other Low Flashpoint Fuels (IGF Code), which has been approved in principle and is expected to be adopted in 2015. 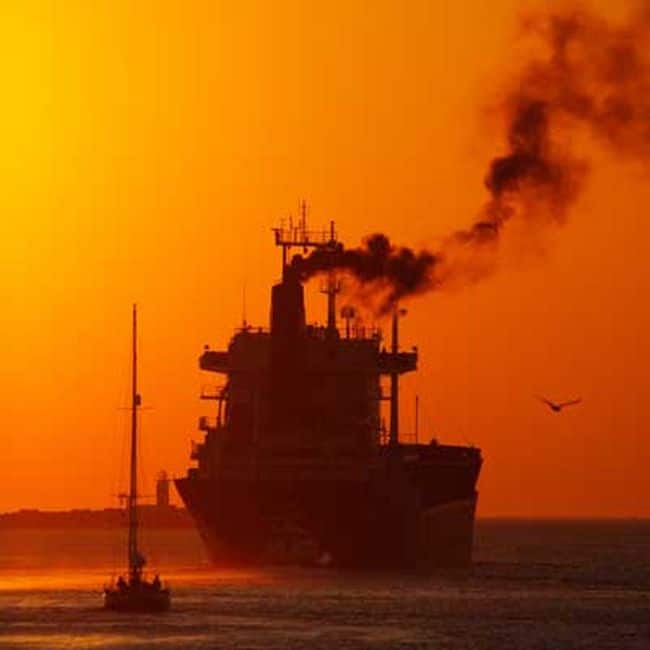 ​​Ships trading in designated emission control areas will have to use on board fuel oil with a sulphur content of no more than 0.10% from 1 January 2015, against the limit of 1.00% in effect up until 31 December 2014. Credits: imo.org

Under “Equivalents” provisions also adopted in 2008, ships may meet the SOx requirements by using approved equivalent methods, such as an apparatus or piece of equipment (for example, Exhaust Gas Cleaning Systems or “scrubbers”, which “clean” the emissions before they are released into the atmosphere). In this case, the equivalent arrangement must be approved by the ship’s Administration (the flag State) that is a State Party to MARPOL Annex VI.

What is the best way to meet the requirements?

It is up to the ship operator to decide. If an alternative method is used, this has to be approved by the Administration (flag State) that is a State Party to MARPOL Annex VI.

What controls will there be?

Flag States must issue an International Air Pollution Prevention (IAPP) Certificate to the ship. This includes a section to state that the ship uses fuel oil with a sulphur content that does not exceed the applicable limit value as documented by bunker delivery notes; or uses an approved equivalent arrangement.

Ships taking on fuel oil for use on board should have a bunker delivery note, which states the sulphur content of the fuel oil supplied. Samples may be taken for verification. Port and coastal States can use port State control to verify that the ship is compliant. They could also use surveillance, for example air surveillance to assess vessel smokestack plumes, and other techniques to identify potential violations.

What sanctions will there be for not complying?

Sanctions are established by individual Parties to MARPOL, as flag and port States. There is no established fine or sanction set by IMO – it is down to the individual State Party.

Can switching fuel cause problems?

If a ship is switching fuel as it goes into an emission control area then this needs to be done safely and cleanly, to avoid any technical problems and to ensure that the emission limits are not breached inside the ECA.

MARPOL Annex VI regulation 4.6 requires ships using separate fuel oils to carry a written procedure showing how the fuel oil change-over is to be done, allowing sufficient time for the fuel oil service system to be fully flushed of all fuel oils exceeding the applicable sulphur content prior to entry into an Emission Control Area. The volume of low sulphur fuel oils in each tank as well as the date, time, and position of the ship when any fuel-oil change-over  operation is completed prior to the entry into an Emission Control Area or commenced after exit from such an area, must be recorded in such log-book as prescribed by the Administration. Industry organizations have issued guidance notes on the need for care and attention when switching fuel, to avoid any potential problems that could result from fuel switching.

How many Parties does MARPOL Annex VI have?

What about outside these ECAS?

Outside the emission control areas, the current limit for sulphur content of fuel oil is 3.50%, falling to 0.50% m/m on and after 1 January 2020. The 2020 date is subject to a review, to be completed by 2018, as to the availability of the required fuel oil. Depending on the outcome of the review, this date could be deferred to 1 January 2025.

Where can I find out more?

A Guide To ECA Compliance For Ships

IMO: List Of Amendments Expected To Enter Into Force In 2021 And In Coming Years