SART or Search and Rescue Transponder is extremely vital equipment on the ship as it performs the job of a signal-man.

It is a vital machine during distress for it helps in locating the position of the vessel in case it goes off-track.

SARTs are made of waterproof components which protects it against damage by water.

SARTs are essentially battery-operated, hence can be operative for a long time. SARTs are of use in ships, lifeboats and liferafts. They are the most supportive machines in case of an unprecedented emergency. SARTs are designed to remain afloat on the water for a long time in case the vessel finds itself submerged in water.

The bright colour of SARTs enables their quick detection, whereas the combination of transmitter and receiver enables it to transmit as well as receive radio signals.

SART machines have been instrumental in rescuing several crafts and ships by reacting to the search signal sent from an X-band radar, typically of 9 GHz.  These signals are known as homing signals.

The response is usually displayed on radar screens as a sequence of dots on an X band-radar, which helps rescuers reach the vessels in time.

As mentioned earlier, SART is basically an electronic device that automatically reacts to the emission or interrogation by radar. This enhances the visibility of the party in need of assistance on the radar display (PPI). They operate on the 9 GHz band and only transmit when they are switched on when interrogated by radar. 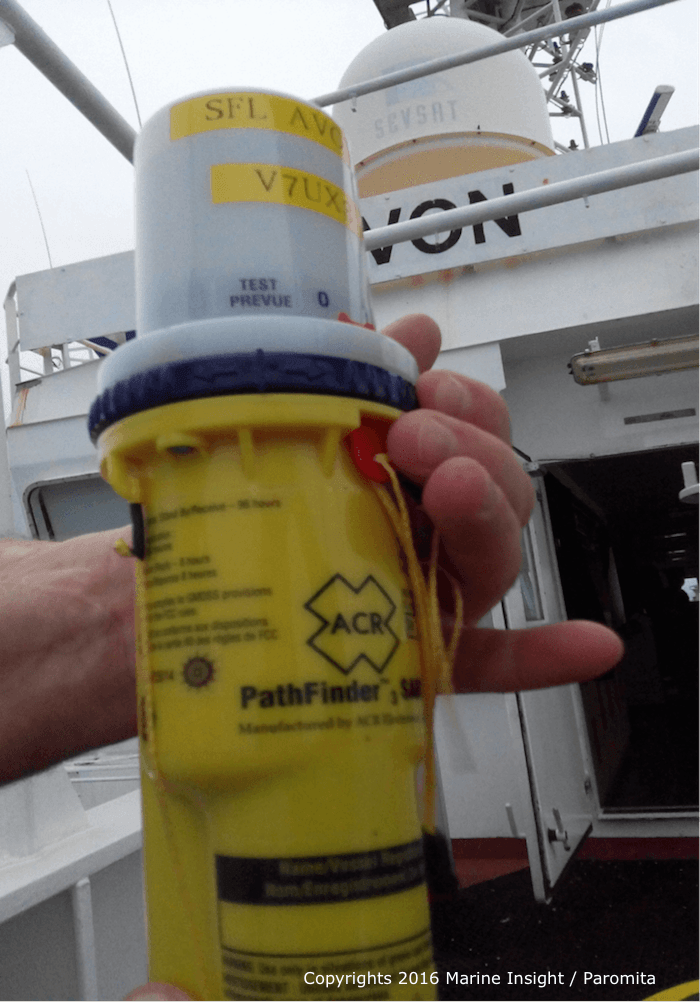 In case of a false activation, switch the SART off immediately. Transmit a DSC safety alert on VHF Channel 70. Transmit a safety broadcast by RT on VHF Channel 16 to all stations indicating your ID and position and that you wish to cancel your false alert which was transmitted in error.

The AIS-SART is a self-contained radio device used to locate a survival craft or distressed vessel by sending updated position reports using a standard Automatic Identification System class-A position report. The position and time synchronization of the AIS-SART is derived from a built-in GNSS receiver (e.g. GPS). Global Maritime Distress Safety System (GMDSS) installations include one or more search and rescue locating devices. These devices may be either an AIS-SART (AIS Search and Rescue Transmitter) or a radar-SART (Search and Rescue Transponder).

SARTs find themselves useful in rescue operations involving aeroplanes or ships stranded by air and sea accidents. They are designed to survive the toughest conditions and stay active on elevated positions like on a pole so that they could cover a diverse range. Talking of heights, a SART transponder on an aeroplane could have a range of 30 to 40 miles. This helps to scrutinize a huge range and huge area.

Looking at the facts, one can determine that SARTs are a marvel of human engineering, making them significant equipments on the ship venturing out in deep oceans.