Mooring operation is one of the important tasks that seafarers have to perform on ship’s deck. Technically, the operation may seem simple but there are several dangerous associated with it. As a seafarer, you must have heard about “Death Traps” on ships and how crew members have lost lives during mooring operation.

Working on the ship’s deck is not an easy task. Deck crew has to consider various safety precautions and understand working of deck machinery and systems, along with cargo operation equipment. When it comes to mooring operations, additional precautions need to be taken to ensure personal and crew members’ safety. 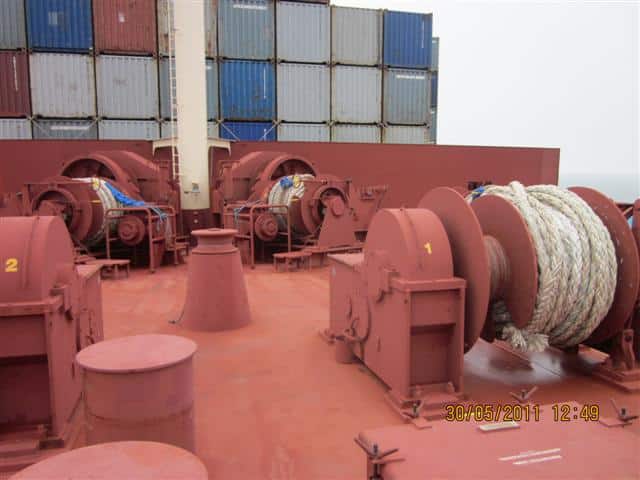 Mentioned below are ten points that must be considered while handing mooring operation on ships:

3. Have knowledge of Snap Back Zone and Rope Bight: All personnel involved with the mooring operation should be aware of the snap back zones and rope bight. Click here to know more about this.

4. Check All the Mooring Equipment: Check all the equipment (mooring winch, drums, windlass etc.) involved in the mooring operation for any kind of problem. Proper routine maintenance is the key to ensure smooth running of mooring equipment and systems. Don’t forget to check the load sensors of mooring winches.

5. Check the Tail of Mooring Line: If the mooring wire line is provided with tail (short lengths of synthetic fiber rope which are placed in series with the vessel’s winch-mounted wires to decrease mooring line stiffness and thus to reduce peak line loads and fatigue due to vessel motions) ensure same size and material of tails are used for all lines in the same service (breast, spring and head lines). Different tail size and material would lead to uneven load in the mooring line. 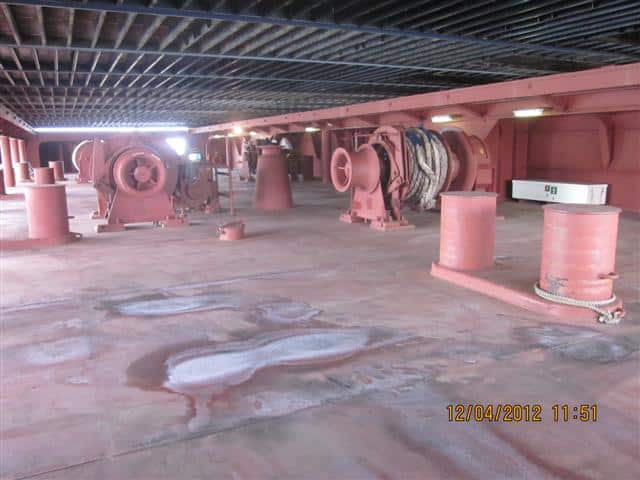 6. Tend One Line at a Time: Only one line should be tended at a time during mooring operation. If this is not done, it may increase the load in the other tended lines. If two lines are tended together it may lead to overloading and breakage. Follow the orders of the master or responsible ship officer properly to avoid any kind of mishap.

7. Keep a Check on the Mooring Line Load: Ensure that the allowable breaking load in any of the mooring lines does not increase 55% of its Maximum Breaking Load (MBL). This is to prevent the line from breaking.

8. Avoid Mixed Mooring: Mixed mooring is extremely dangerous. Generally, mooring lines of the same size and material should be used for all leads, if this is not possible due to the available equipment, all lines in the same service, i.e. breast lines, spring lines, head lines and stern lines should be of the same size and material. The use of mixed moorings comprising full length synthetic ropes used in conjunction with wire should be avoided.  If a synthetic rope and a wire are used in the same service the wire will carry almost the entire load while the synthetic rope carries practically none.

9. Keep a Continuous Check: Load on the mooring lines must be checked continuously even after the mooring operation is over. If there is any change in the ship’s ballast condition, the lines must be slacked or tightened accordingly. The condition of the rope material should also be checked to foresee unfortunate accidents.