The reliable independent source of maritime market information for the merchandising and settlement of physical and derivative contracts, of the shipping world; can easily be pinpointed as The Baltic Exchange. The international community of the Baltic Exchange is said to be comprised of more than 550 members, currently and proficiently covers the majority of world shipping interests. It is also said to consecrate to a business conduct code, with the Baltic supervising it.

The company, as per historical records, is known to be founded around the midway of the 18th century. The name of the company, Baltic Exchange, was first officially used at the Virginia and Baltic Coffee House located in the Threadneedle Street in 1744. In 1990, it went on to be listed as a private limited company, holding shares. In present times, the member companies have the ownership of the exchange and there is no public dealing on a stock exchange.

A Board of Directors governs it, and the members of the board are chosen through the process of election. Currently, it incorporates 20 employees and is situated at 38 St Mary Axe, in central London. 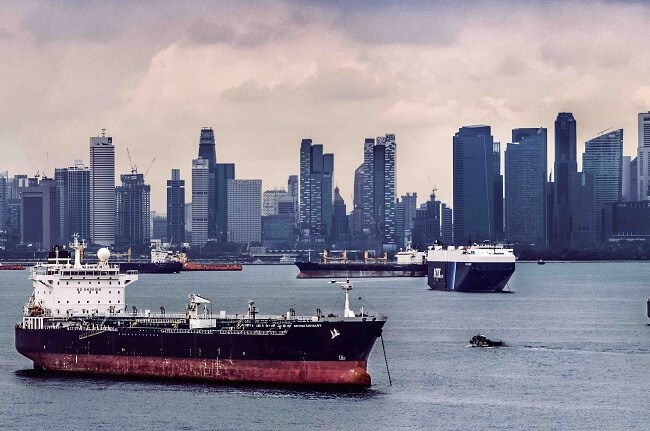 The members of  the Exchange were the sole owners of it, with an estimate  of 600 companies and 2,000 individuals, as it happened earlier in 2010.The company supported a huge member base, and the membership has also included financial experts, lawyers, and representatives of the insurance industry; while those from the shipping business formed the principal part of it.

United Kingdom or continental Europe saw the maximum number of corporate members, though nationality confinements on membership did not exist. The members are required to strictly work in accordance with the Baltic Exchange “code of business”, which should be agreed to, beforehand, in order to gain the membership. The code maintains certain rules for carrying out business with shippers. The membership contract can be cancelled if a reckless member violates the code.

The responsibility of a large proportion of all dry cargo and tanker fixtures, are undertaken by the members of the Baltic Exchange. It monitors the monetary transactions, regarding the sale and purchase of merchant vessels and .

The Baltic Exchange actively provides daily Baltic freight market prices, and maritime shipping cost indices that are used to settle freight futures (known as Forward Freight Agreements or FFAs). Transactions, regarding the members of the Exchange, are carried out exclusively over the telephone.

Essentially a London-based organization, the Baltic Exchange is chiefly constituted of shipbrokers, ship owners, and Baltic freight charterers, which fulfil the task of supplying daily information and data, based on the affairs of the maritime market. The Exchange supervises matters concerning international shipping operations and price fluctuations. This in turn, majorly helps shippers and investors to purchase freight futures, to decide on financial arrangements, and to finalise the terms of the derivative contracts.

The Baltic Exchange also serves as a platform for the trading of futures.  It can also be considered as serving as a resource, for the proper guidance for maritime investors across the world. It is an administrative arrangement for the shippers to have a profound influence on the modern transactions of the Exchange.

The Baltic Exchange diligently observes  the publication of daily exponents on various issues, concerning  the shipping industry, This also adds up the registering of  detailed statistics , assures updation, by constant addition of ” up-to-minute data”, dealing with various freights and shipping futures, which guides the investors and shippers, while to negotiating contracts.

The readings, printed by the Baltic Exchange, also determine the decisions taken by the dealers of maritime cargo and freight; like in the case of the Chicago Merchantile Exchange, which happens to be a U.S. based company. It facilitates an internationally renowned dispute resolution forum for contract and other disputes, and maintains a database of those members as expert witnesses in maritime law trials.

• International community of more than 530 members

Role of the Baltic Exchange

You may also like to read-IMO’s GloBallast Program: Has it Met its Expectations?