You are here: Home › Know More › Some Interesting Facts of the Suez and the Panama Canals in 2011
TwitterFacebookLinkedInPinterestBuffer

The Suez Canal and the Panama Canal are crucial waterways for the international marine transportation and trade. However, these two waterways command a distinct respect and acknowledgement in the individual role they play in marine navigation.

Each year, the facts and statistics for the Suez and the Panama Canals differ and noteworthy in their own right. 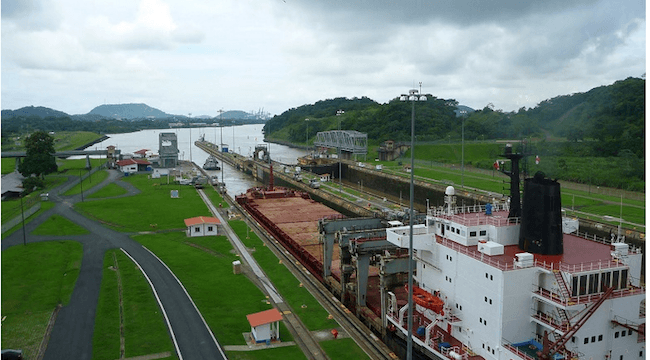 Some of the core areas where these facts need to be highlighted can be enumerated as follows:

Since the traffic statistics for the year running will be assimilated and presented only in the next year, it becomes important to consider the traffic data for the previous year. In the year 2010, the Canal of Suez had a vehicular passing of 1,476 ships. Of these, 1,315 were ships that passed through the North-South route while 161 vessels took the South-North route.

In contrast, the Panama Canal statistics showed a vehicular traffic of 12, 591 vessels with a monthly mean of 1,049 ships.

The Suez Canal had a high percentage of container ships that passed through the waterway (689) followed by tankers (282), bulk carriers (188) and ships carrying general cargo (108).

On similar grounds, the Panama Canal facts for navigable ship statistics were high for dry bulk carriers (3034) followed by full containers ships (3,031), general cargo vessels (834) and break-bulk vessels (290). Of this vehicular traffic, the ship traffic from the Atlantic to the Pacific via the canal was considerably higher than the latter (Pacific to the Atlantic) route.

The Panama Canal has an impressive fleet of 32 tugboats to assist the vehicles passing through in any manner.

The Suez Canal facts present a close second picture with 31 tugboats, each tugboat further classified and categorised for a distinct usage in the Canal’s itinerary of operations.

Both the Canal of Panama and the Canal of Suez have underlined and framed policies and measures to with unprecedented accidents and incidents. The Panama Canal has listed 11 marine safety measures in the form of codes which are in operation since the 2009.

Some of the measures detailed are with respect to fighting fire outbreaks, monitoring system for floating instrumentations and ensuring clean storage facilities for portable water. In addition to these measures, the Canal’s duty and responsibility towards the marine ecosystem has also been listed down systematically.

The Suez Canal, too has identified and clarified measures to successfully tackle any incident of fire outbreak, leakage in vessels, safe re-fuelling along with detailing the scope of the Canal’s responsibility towards pollution of the marine ecosystem.

The Canal of Suez and the Canal of Panama are ingenious examples of efficient utilisation of the oceanic route. They have been aiding faster and speedier marine transportation since the time of their construction and will hopefully continue to do so in the years to come.