Europe has a long-running history of shipping rolling back to the Vikings era (793 AD onwards). The start of ship trading saw the wooden ships with wind sails explore the unknown world.

However, the discovery of the merchant trading possibilities promotes business at the 10 biggest ports in Europe.

On the natural front, The Atlantic provides direct access to major countries like Portugal, UK, Spain, France, etc. The Arctic extends through the Northern part of the continent with selective trading opportunities. The Mediterranean Sea marks the Southern end while the Baltic, North Sea, and Norwegian sea mark the North.

These water bodies provide a 360-degree opportunity for ship trading. Europe consists of over 1200 major and minor ports across such diverse and rich waterways.

Three of these, Antwerp, Rotterdam, and Hamburg collectively handle the world’s 12% cargo goods. However, the progress is not exclusively for these major countries and locations. A few surprising names pop up amongst Europe’s leading cargo ports.

Hence, we introduce you to an in-depth list of the 10 biggest ports in Europe (In no particular order).

These ports provide a variety of shipping opportunities across the continent. Our information includes their specific location, identification code, and other unique details. 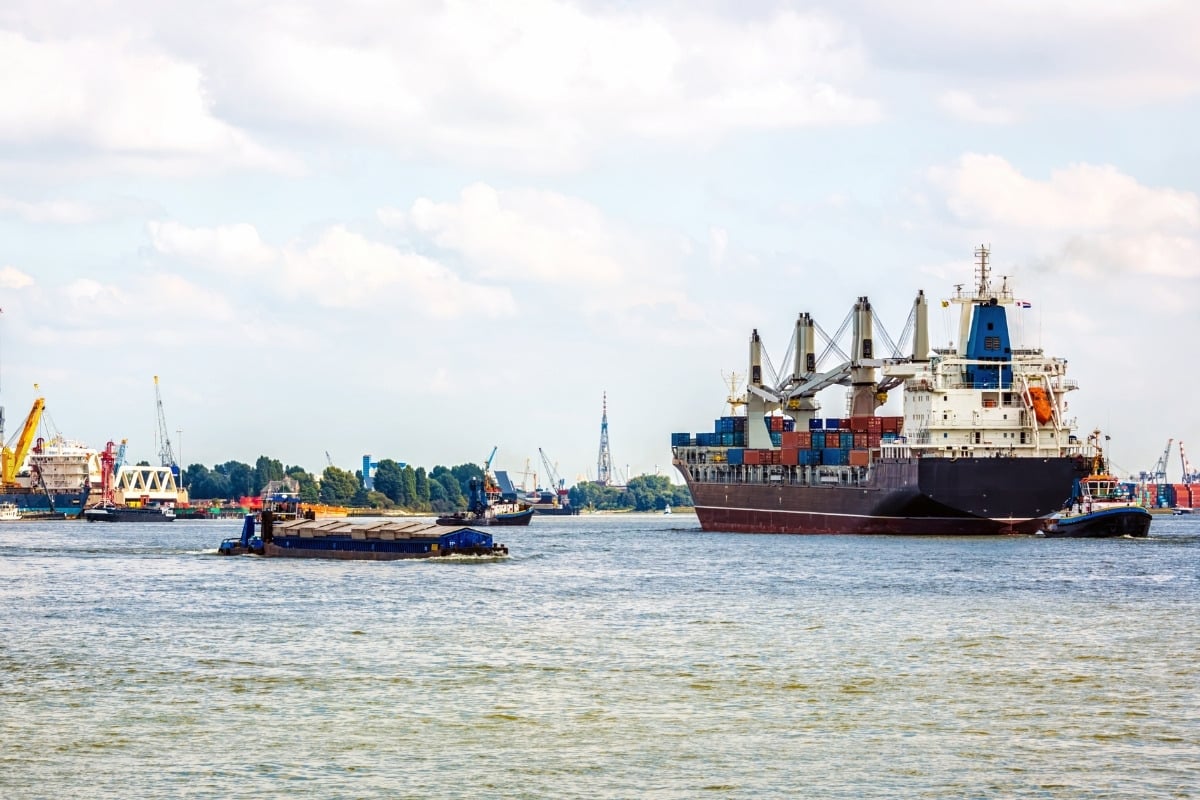 The port of Rotterdam is one of the oldest seaports, dating back to the year 1283 for establishment. Rotterdam holds the distinction of being the busiest port for over 40 years before Shanghai’s rise to prominence. This port covers an area of 105 sq. km and widespread pipelines over 1500 km long.

Over 151 million MT of container goods handling is a standard demonstration of the port’s ability. The port sees an average of 28 thousand sea-going vessels and well over 90 thousand in-land vessels annually.

The Rotterdam port’s internal network has over 90 terminals for handling their loading and unloading operations. These terminals connect through direct roads that allow container movement and truck transport across 40 kilometres in length.

The local staff transportation relies on the cycle and pedestrian network for daily movement. The Rotterdam port service employs digital and automation control of traffic and personal identification. 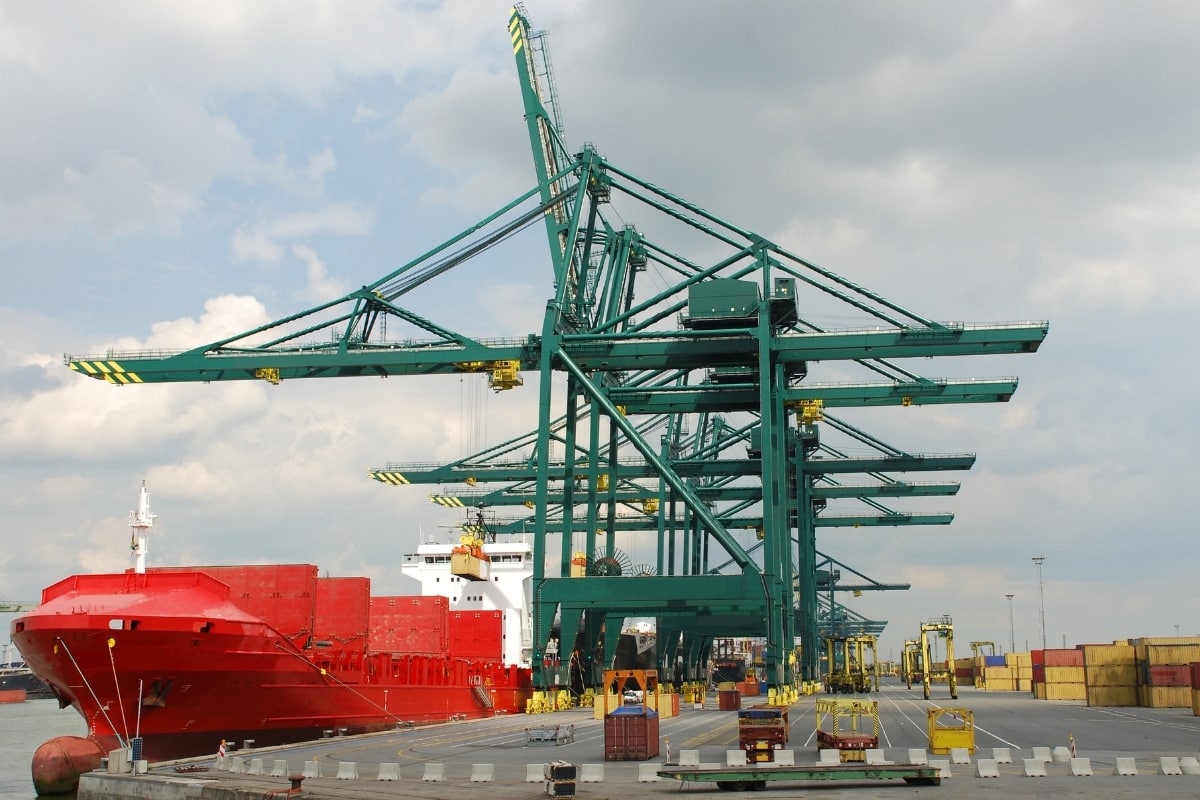 The port of Antwerpen spreads over a total area of 120 sq. km with commercial and cargo operations. The port’s infrastructure widely differs from its initial appearance in the 1800s. The overall control is under the port authority of Antwerp, with certain private controllers too.

Antwerp handles over 14 thousand seagoing vessels every year being one of the 10 biggest ports in Europe. This translates into a cargo handling statistic of 393 million MT last year. Out of this, container vessels share 33% of the arrivals while tankers share 30%.

The Antwerp port has a unique construction layout that holds over 7 locks. Daily operations take place with over 86 terminals for containers and various cargo handling. Meanwhile, a widespread piping network has over 1000 km length of pipes for cargo operations and routine work too. 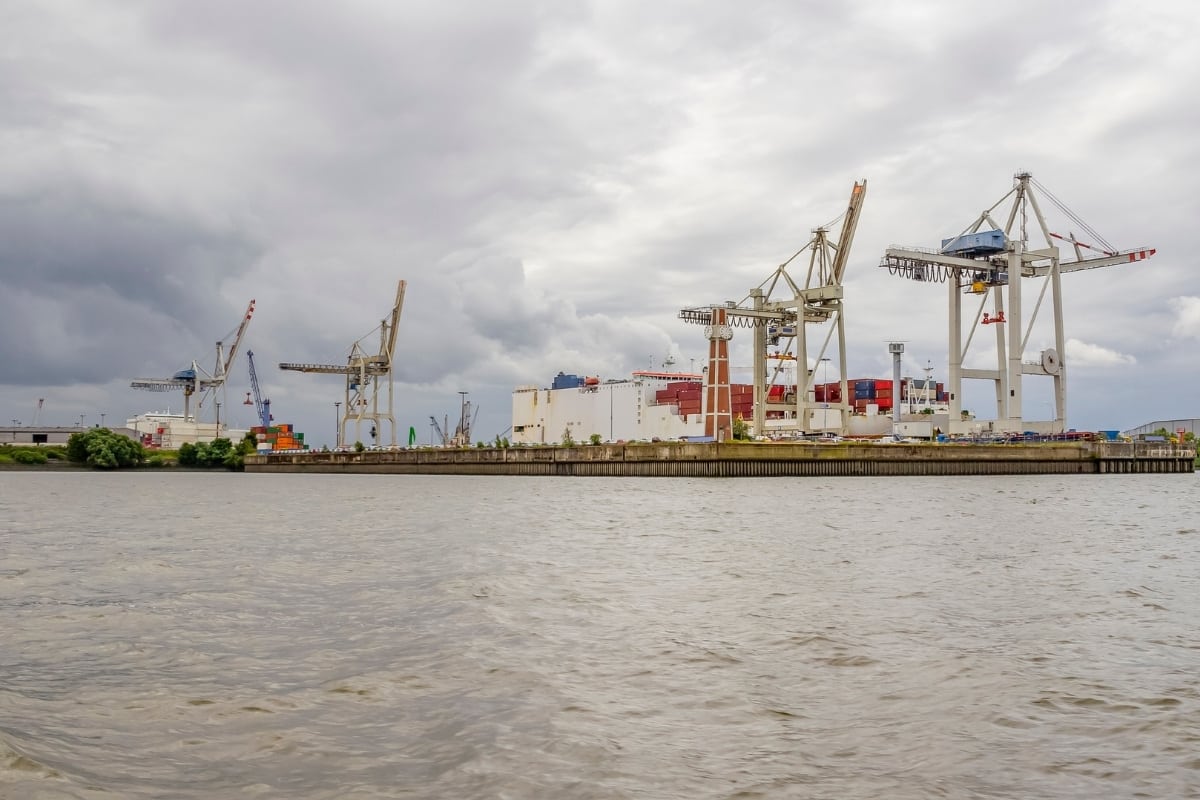 The port of Hamburg operates for a range of dry and wet cargo coming from global locations. The port is spread over 74 sq. km and an additional area of 90 sq. km for future expansion. The inception of this global marvel dates back to the year 1189 with sea travel across river Elbe.

The cargo operations at Hamburg port in 2020 come from more than 7300 vessels. This also translates to nearly 236 million MT of dry and liquid goods of various types. The Hamburg port is the biggest in Germany with a sea-going cargo of more than 126 million MT.

Hamburg’s amazing railway network for cargo handling is the biggest in Europe. A total of 50.7% of shipments and cargo handling occurs through the internal railways. The port service also has 3 separate cruise terminals capable of handling the largest cruise ships.

A total of 320 small and big cargo berths are available for round the year operations. The facility also holds roadways over 170 km and includes a staggering 170+ bridges. 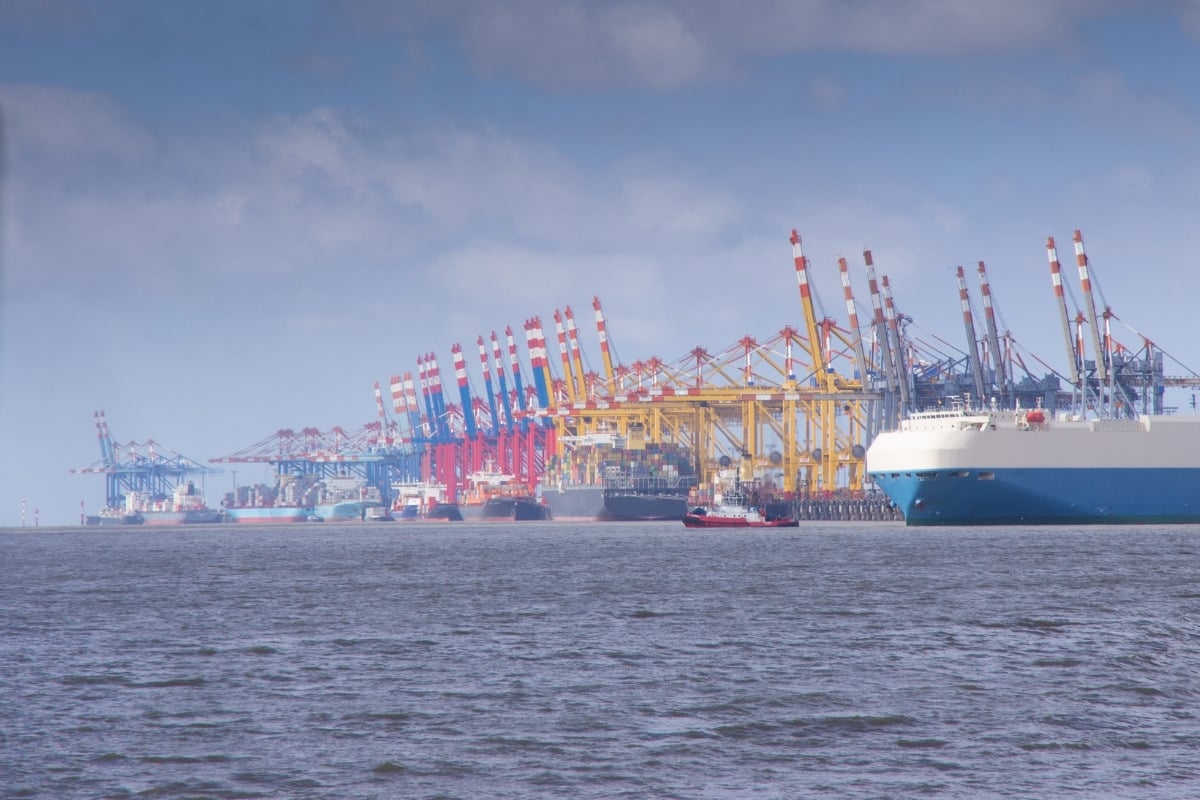 The BREMERHAVEN Port stands firmly amongst the 10 biggest ports in Europe for merchant cargo. This port city is spread across an area of 93.8 sq. km with eight different terminals. The historical operation of this port dates back to the mid of 13th century.

The port hive holds the distinction of having 14 mega terminals for handling the largest sea-going vessels. An overall work power of 75 thousand+ staff run the port throughout the year.

The largest quay reaches over 5 km, with cranes handling more than 40 containers per hour. Out of the 5978 total vessel calls in 2020, as much as 60% belong to container vessels! The container handling capacity of this mega port is about 55 million MT per year.

Bremen ports and Bremerhaven together consist of 186 km long railway tracks. This consists of a total of 56 bridges through 5 locks of different sizes. The major ports including the cruise terminals are under the management of bremenports GmbH & Co. KG. Bremerhaven is one of the biggest ports to have a majority of private management control. 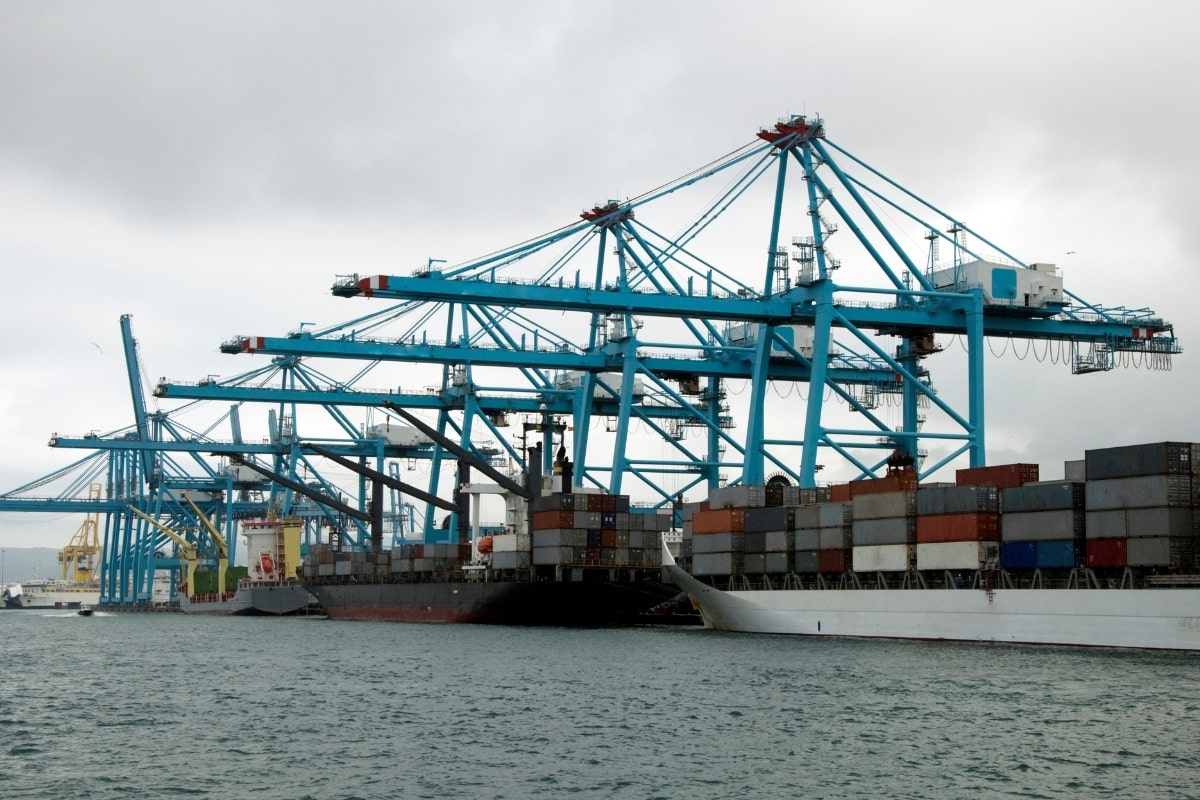 The port of Algeciras in Spain is a combination of major terminals with high cargo capacity. This port stands at the Southern tip of Spain in the beautiful company of Gibraltar. As a result, high traffic density is a common sight for the Algeciras port with 17.114 m total quays.
The establishment of the port terminal dates back to 1760. The major terminals within the port limits belong to:
• APM Terminals
• TTI Algeciras
• CEPSA Refinery Jetties

The liquid cargo handling across the major terminals at Algeciras nears 30 million MT every year. The overall dry cargo handling for the year 2020 stands at approximately 130 million MT. Such high traffic makes Algeciras the busiest port in Spain with 25% of effective traffic share.

The railway network at Algeciras terminal has 3 branches and is spread across 6 km in total length. The terminal T1 shares the majority of length leading to the South gate for container handling. The facility holds more than 800 cars at once and has 1200 berths for pleasure boats too. 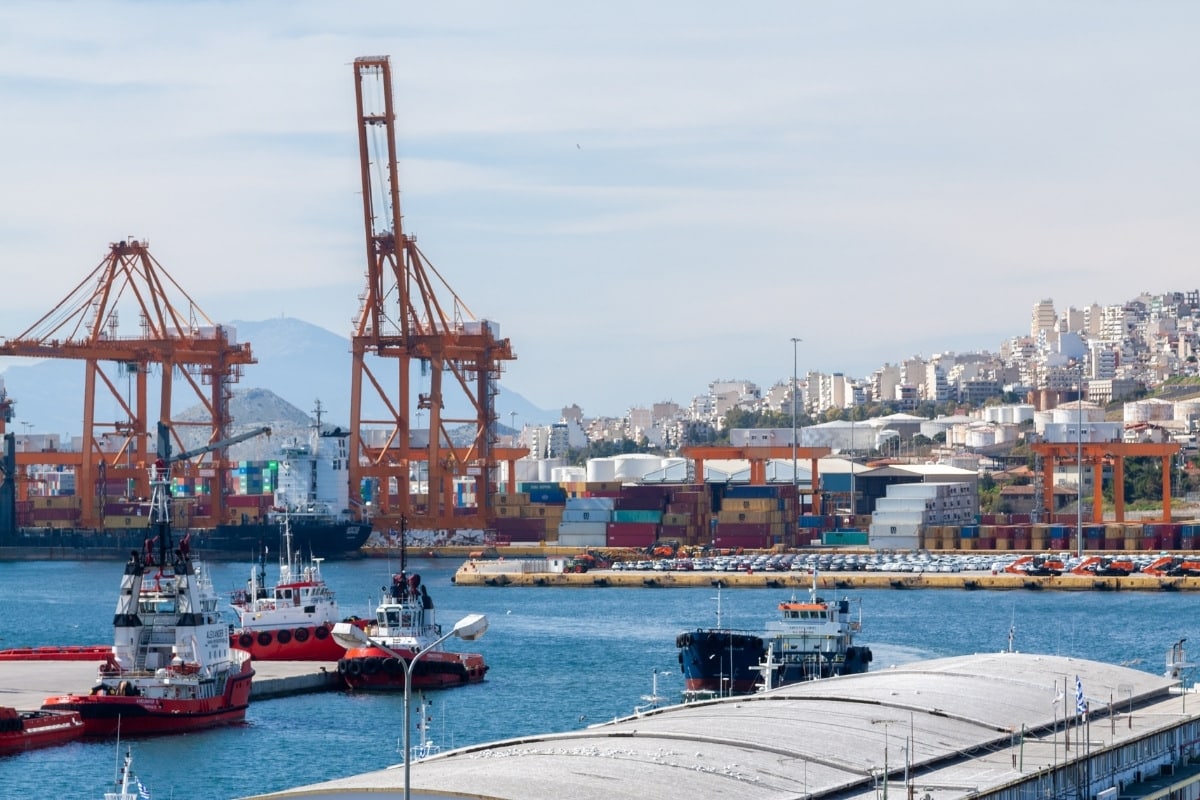 The port of Piraeus comes under the direct management of COSCO shipping. The port committee formation dates back to 1911 with effective overtaking in 2016 by COSCO. The North-East Mediterranean traffic passes mostly through the Piraeus port facility.

Along with commercial cargo, Piraeus handles over 17 million passengers annually owing to Greece’s famous tourism. The 2020 turnover for the Port of Piraeus stands close to 150 million Euros. The total port area is over 39 sq. km with a further expansion margin of 20 sq. km.

Piraeus port handles over 6 million TEU (over 130 million laden) every year. The terminal’s ever-growing automobile handling handles an average of half a million automobiles. COSCO engages over 1200 staff members for the upkeep and daily running of the terminal.

At present, the port lease stands up to 2052 under COSCO’s authority with further extension rights. The passenger quays extend over 3 km in length with increasing drafts of 11 meters and more. The port terminal has a direct connection with European rail, handling a dozen trains every day. 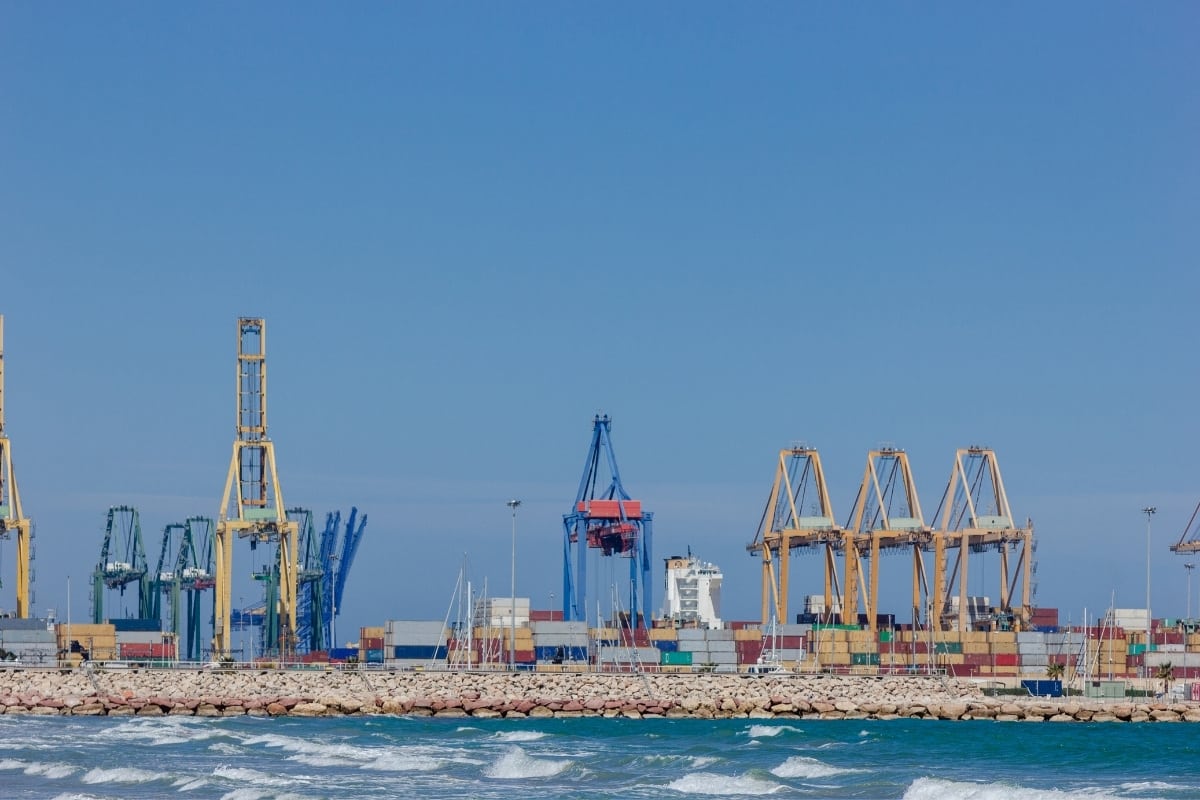 The port of Valencia is a cluster of 3 port terminals run by the state authority of Valencia ports. The port provides a trade and tourism booster shot to Spain’s economy since starting in 1483. An average of 8500 vessels arrives per year across the 40 available berth slots. The actual construction of port facilities is spread over an area of 6 sq. km.

Average cargo handling (arrival and departure) across this port ranges around 85 million MT. Exclusive terminals for handling cruise traffic see an inflow of a million tourists.

The port facility employs 15000 direct staff and extends up to 75000 employment opportunities every year. Over 650 trains travel across the port facility for manpower and cargo handling in an efficient manner. 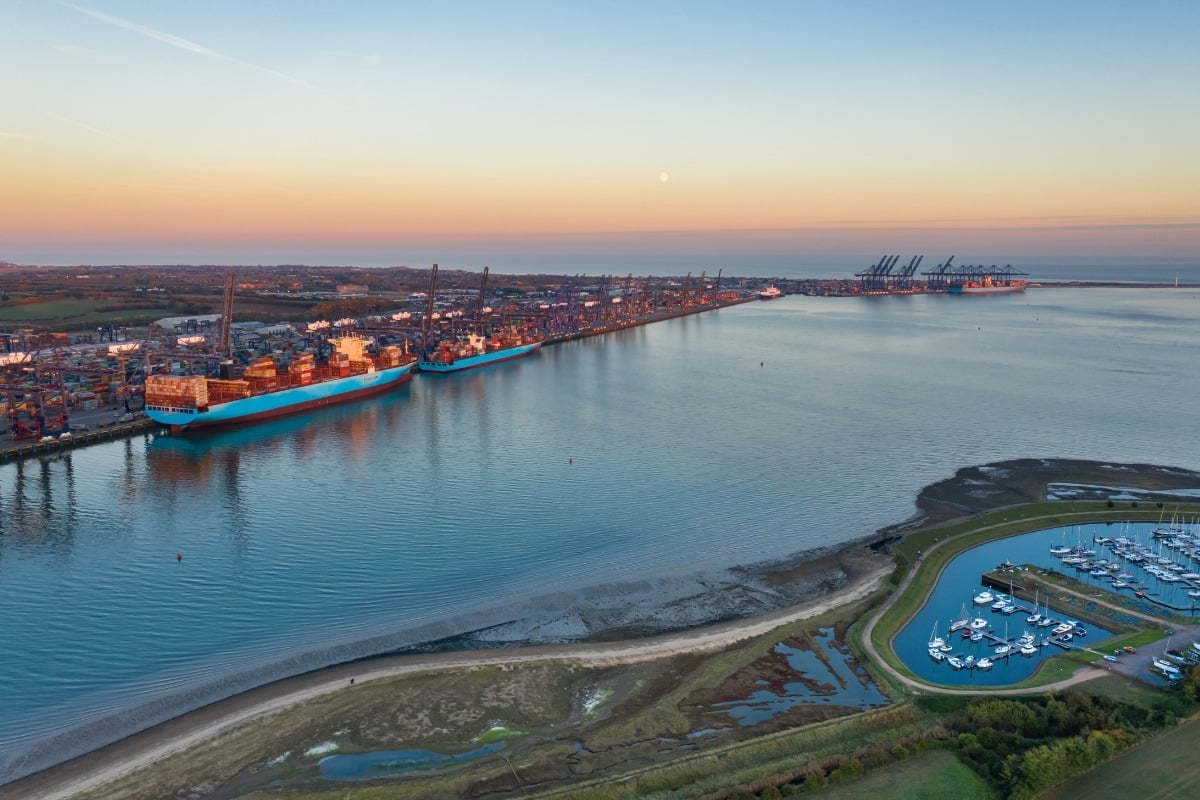 The foundation of Felixstowe port dates back to the colonial years of the 1870s. The total spread of this facility ranges over 34 sq. km with further extensions in patches. The port facility’s initial use was that of a dock facility for railway handling and expansion.

The total cargo operation across the 9 berths stands at approximately 90 million MT+ in 2020. On average, over 3500 vessels arrive on these berths annually. Felixstowe is one of the first users to adopt a 0-emission policy for port operations.

Every terminal has an individual railway line connecting to the central network. The facility connects to English midlands and London and extends towards Rugby too. Almost 50% of the UK’s container handling and trading happens through this port. 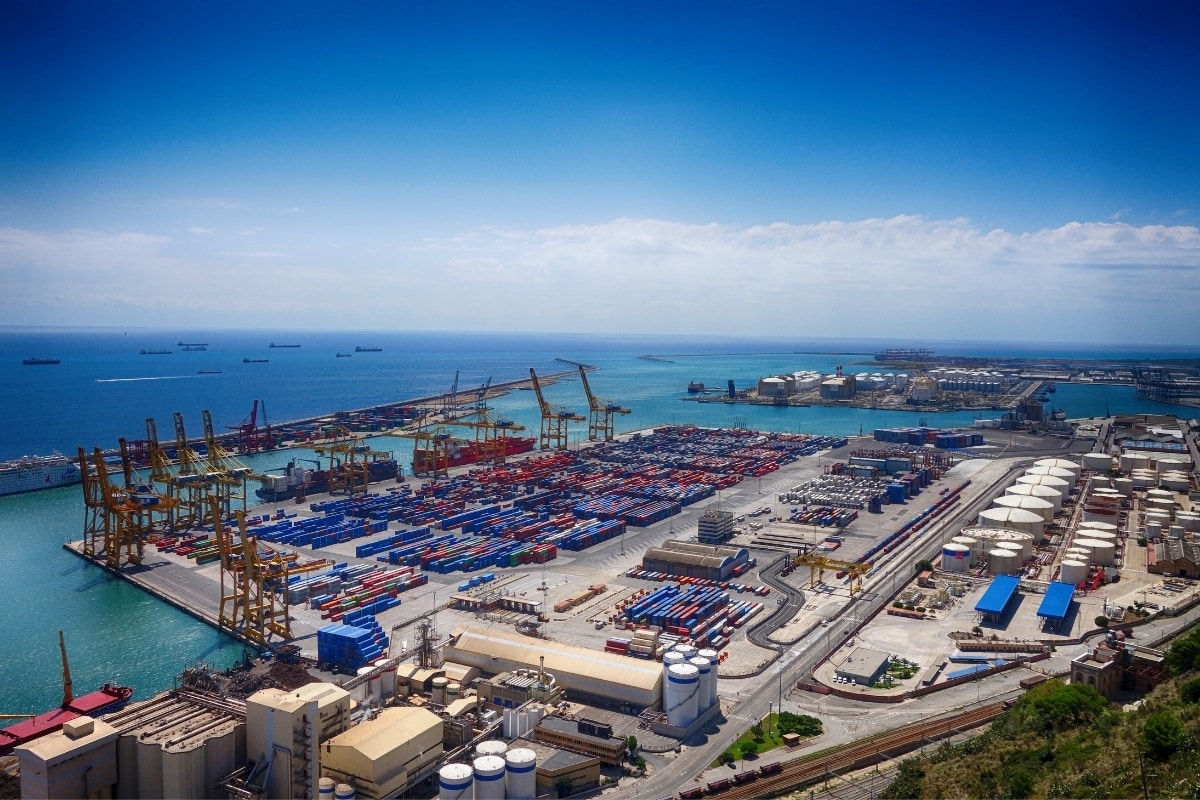 The port of Barcelona has a total operational area of 10.7 sq. km with its deepest side at 16 meters. The facility is in existence for over 2000 years with commercial cargo operations starting from 1882.

Annual cargo handling statistics of 60 million MT in 2020 reflect the port’s importance for the Spanish economy. Despite a steep fall in operations due to lockdown, the statistics are still the 9th best in Europe.

The terminals also handle half a million automobile units throughout the year. Diverse cargo facilities handle energy sources, food, minerals, and other valuable cargo operations. An average of 3 million tourists arrives through these seaways for pleasure and business too.

The logistic port along with the commercial port handles the major cargo operations. 13 km long roads connect the backbone of transport and trucking operations throughout the facility.

The port has automation facilities for short-distance transport and monitoring. Over 850 employees work across the robust working infrastructure for daily operations. 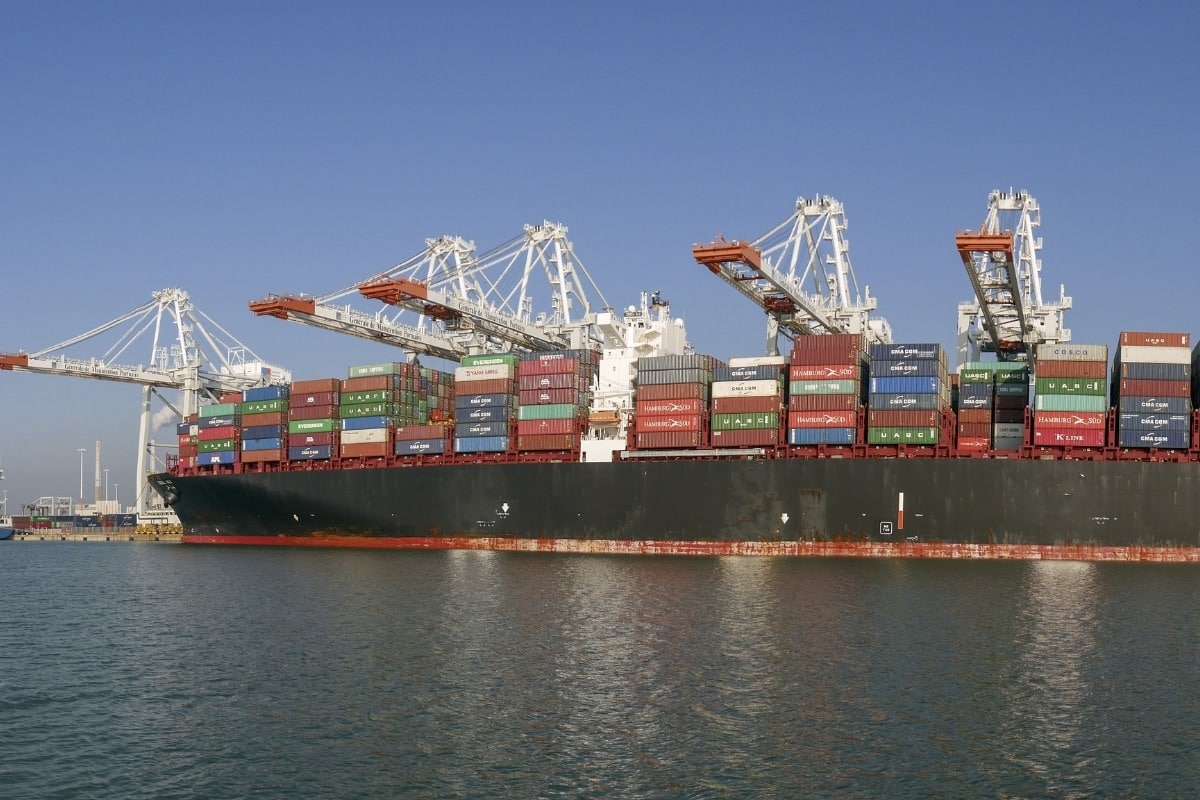 The port of Le Havre sits within a total area of 10 sq. km, established in the year 1524. Le Havre is also a UNESCO city along with being in the 10 biggest ports in Europe. This port facility has 3 commercial cargo terminals with a dozen berths and gantry facilities.

More than 6500 vessels arrive at Le Havre with cargo handling statistics of over 65 million MT. The port connects to 12 major international destinations through direct routes. Crude oil operations constitute over 55% of the total capacity within the facility.

13% of container handling activities take place through the train network stretching over 6 km. 14% of industrial goods connect through the river network leading to the Le Havre terminal.

5 separate facilities for handling sensitive liquid cargo are present within the port network. The barges handle 16% of cargo duties through remote locations with draft restrictions.

Three of the 10 biggest ports in Europe also make the global top fifteen lists of biggest ports. Such dominance shows Europe’s importance in the global trade market. Key elements like the Suez Canal also have a pivotal role in this share of trade.

With private enterprises acquiring a large section of port facilities, the growth rate is exponential. The 10 biggest ports in Europe collectively provide impetus to the continent’s economy and global connectivity.

What is Ship-Shore Interface Management in the Shipping World?

What is Container Depot – Purpose And Design
Want to share your tips and advice? Got questions? Visit the community forum to ask questions, get answers, meet people, and share your tips!

Saurabh Sinha is an active marine engineer, sailing with one of the leading shipping companies across the globe. A keen interest in exploring beautiful destinations across the globe and immortalising them in words motivates him for professional writing ventures. He values connecting with the readers and sharing his personal experiences.