The Dominican Republic in the Caribbean is a small nation located on the Eastern half of the Hispaniola island (neighbouring Haiti) of the Greater Antilles archipelago. Its capital is Santo Domingo and is a relatively small country with less than 11 million people.

Despite its size, the Dominican Republic is the 8th largest economy of Latin America and has a 5.3% GDP growth rate. The industries that largely power this strong economic performance of this country are tourism, mining, shipping, and manufacturing. As it experiences the largest percentage of tourism amongst all the other Caribbean nations, this finances a large part of the shipping industry, with a focus on cruises and other passenger based seaborne transportation.

The other thing is that the location of the numerous ports in the Dominican Republic places it in a highly lucrative position where it receives a large amount of trade and commerce, alongside passenger transit and tourism. The primary trade takes place with the neighbouring islands and nations in the Americas. In addition to direct exports, these ports also handle transhipments. Since it is located in an archipelago, the sheltered coves are ideal regions to set up ports.

Ports in the Dominican Republic play a major role in the economy since a large part of the industrial sector is dependent to some extent on the export of various commodities out of the country.

In this article, we will take a look at the 10 major ports in the Dominican Republic and the role they play in the nation and the global shipping industry. 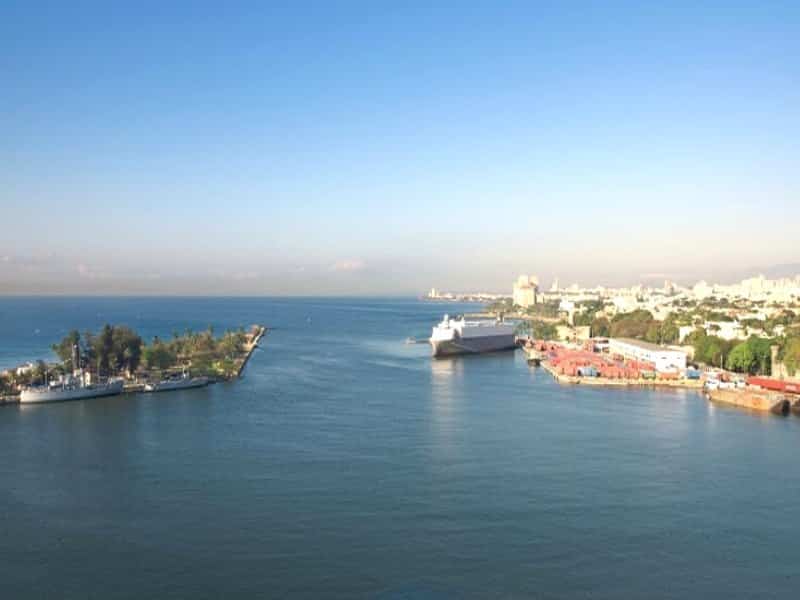 Situated in the capital city of Santo Domingo, this is an important port in the Dominican Republic. Located close to the Rio Haina harbour, it deals with sugar, fruits, coffee, and other local products. The port is located on the river Rio Ozama which flows into the city of Santo Domingo.

Despite being a major port, traffic had decreased during the early 2000s. To turn this around, a complete renovation of the entre port was approved by the government in 2005. This consisted of the overhaul of the existing Don Domingo terminal and the construction of the new Sans Souci terminal. Some additional facilities were added to improve the port, such as a turning basin (to facilitate ship reversal), large channels, and local development.

The Don Domingo terminal is primarily a cruise facility with 2 wings to deal with incoming passengers. The Sans Souci terminal also deals with passenger ships such as cruises and homeport vessels (yachts, luxury boats, pleasure vessels). The port is built to deal with cargo shipments such as fuel, asphalt, gasoline etc. 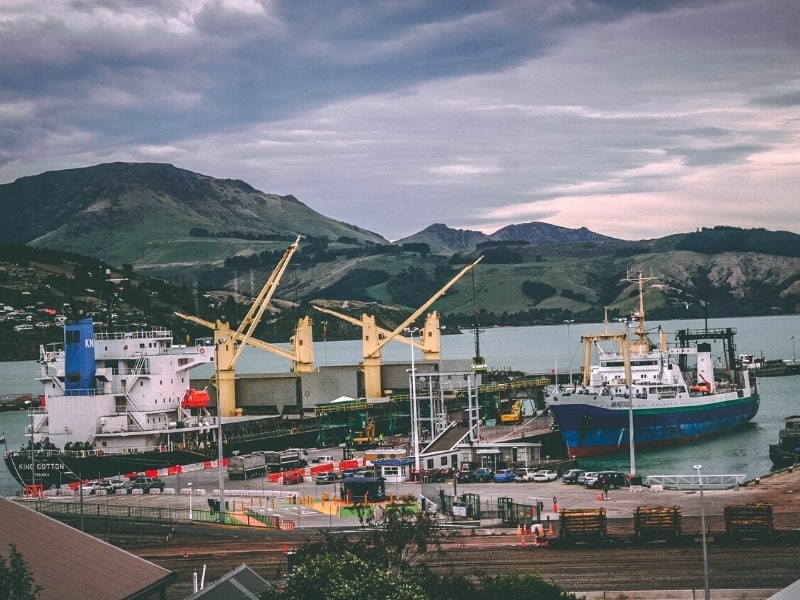 Also known as the Haina Occidental Port, this Southern port in the Dominican Republic has been operational from 1952. It is situated on the Haina river and is comprised of the Haina Occidental and Oriental terminals on each bank. They were initially built to supplement the port of Santo Domingo. The main operations include cargo handling in the form of transhipment, imports, and exports.

The port of Haina is located in between 2 other major ports- the Caucedo and Puerto Palenque harbour. Together, they manage nearly 95% of the total container traffic through the country, with Haina handling 27.4% of the TEU traffic in 2017. The building of the nearby Caucedo Port reduced the traffic through Haina. At present, it deals with regional shipments, petroleum products, bulk goods, Ro-Ro carriers, and liquid cargo. 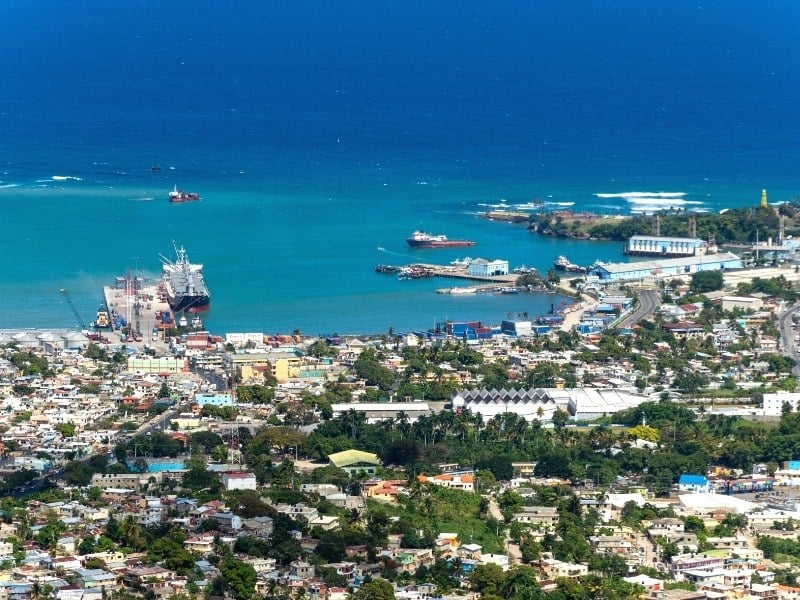 The harbour at Puerto Plata serves as the main Northern port in the Dominican Republic. Due to its proximity to inland waterways and important international waterways, a significant amount of container and cargo traffic is handled by the port’s facilities. The terminal allocated to handle cargo shipments is known locally as the Muelle Nuevo (new dock).

Another large source of income to the port is the tourism and cruise ship industry. Due to the presence of several Caribbean resorts located in the region, cruise liners regularly frequent the port. Current efforts are underway to rebuild and repair the old terminal so that it may function as a commercial passenger facility. Called locally as the Muelle Viejo (old dock), the port will cater to the passengers entering the region from the North.

In addition to handling cargo and passenger ships, the port at Puerto Plata is used at present for minor military purposes due to its strategic location. While the port does not house naval warships, it is used during strategic military manoeuvres. 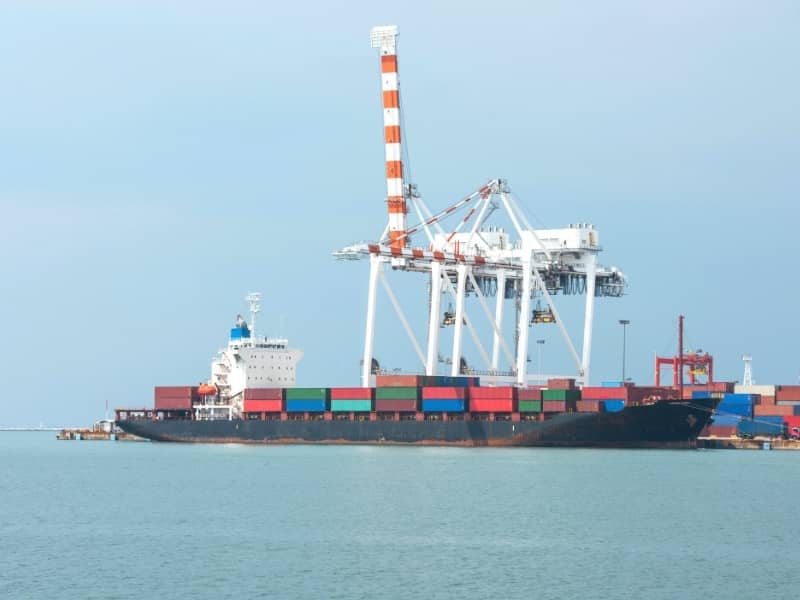 Located on a natural coast to the South, the Port of Barahona is a major port in the region, with 4 operating terminals that supplement the trade throughout the region. It was built in the 1950s and is currently run under the Dominican Port Authority.

The terminals that operate in this port are- Consorcio Azucarero Central, Muelle del Central Azucarero, Muelle de Barahona, and EGE Haina. The overall traffic through this port has declined over the years, despite handling cargoes of minerals, petroleum and oil products, sugar, and gypsum. The gypsum and sugar industries have helped the port to continue operating despite financial issues. The Central Azucarero terminal deals with sugar shipping while the Barahona Dock deals with gypsum. The remaining terminals repair ships and provide berthing spaces for queued vessels. 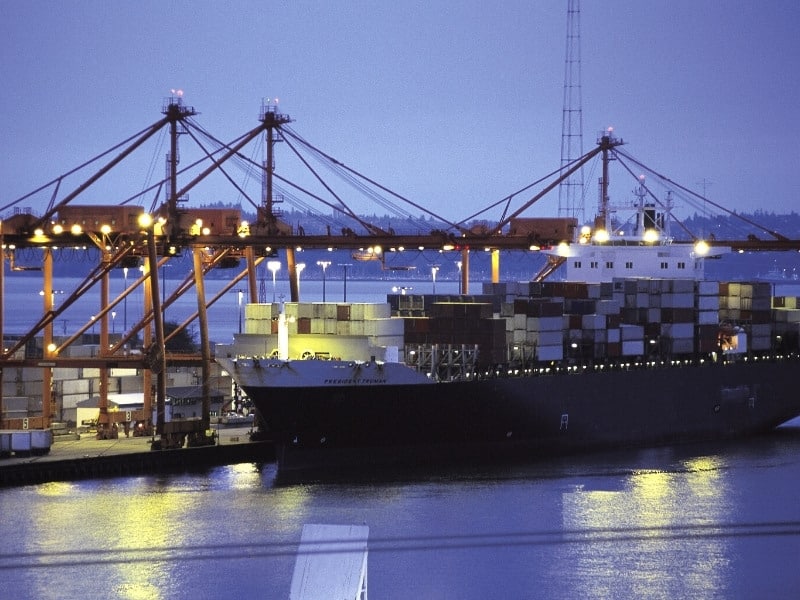 As the youngest port in the Dominican Republic, the Port of Caucedo is highly developed and modernized. It is managed by DP World (Dubai Port World) that operates the port as a global free zone and as a maritime terminal. The port structure is intended to allow ships to simultaneously discharge cargo.

It is the largest port in terms of trade volume as it handles over 66% of the total TEU movement through the Dominican Republic. Also, the Caucedo Logistics Center is the only port-based free trade zone in the region. There is a single container terminal built in 2003 and has undergone extensive reconstructions to allow more ships to enter and dock. The port is benefited by its proximity to the Las Americas International Airport.

The port of Caucedo primarily services cargo ships from the Caribbean and other large vessels originating from around the world. It has facilities to handle ships measuring over 300 meters in length, such as the COSCO Yantian that is 350 meters in length. The ongoing construction work aims at increasing the port capacity. 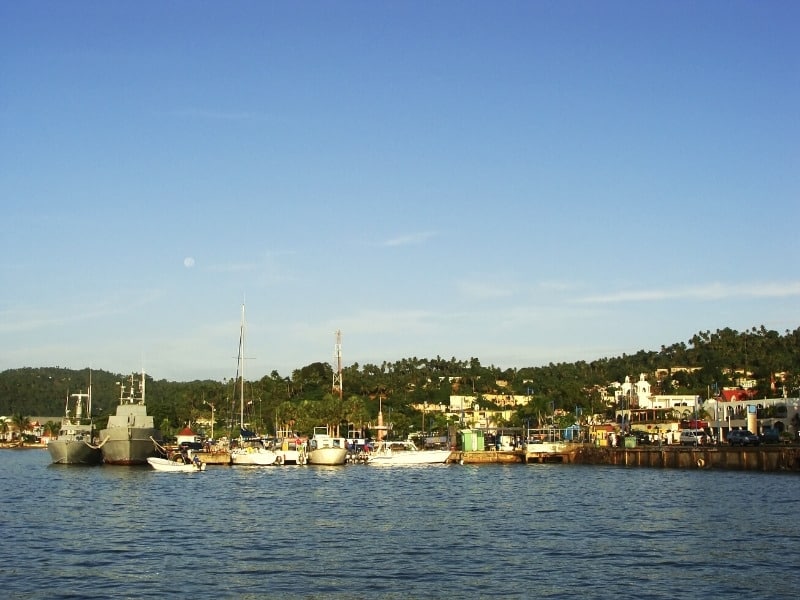 As the primary cruise ship port in the Dominican Republic, the port of Samana receives tourists from around the world. It is a major destination for cruise lines such as the Royal Caribbean, Norwegian Caribbean, and Holland America. Located on the Samana Peninsula, the port has facilities intended to boost the tourism industry of the region.

Cruise ships are accommodated at berths located away from the main city and have established connectivity with other cities in the area. It is located in a sheltered cover that allows vessels to safely dock without the need for extensive embankments. The Port of Samana is classified as a small port. Despite its size, it is a major port that supplements the tourism of the neighbouring regions. 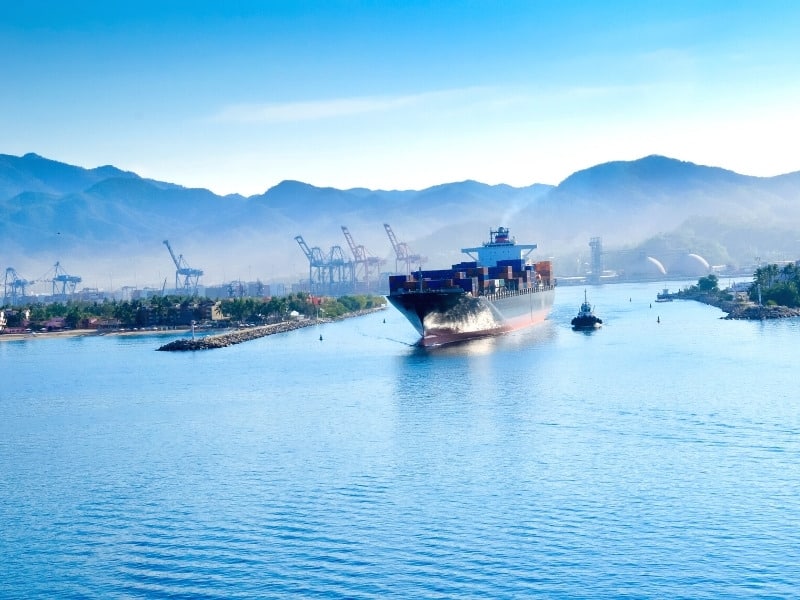 The port at Manzanillo is located close to the Dominican border with Haiti and is operated by the Dominican Port Authority. It primarily handles food exports, concrete, clinker etc. It is a small port in the region and mainly deals with ships to and from Europe and the Americas. It was set up in the 1950s by La Grenada that dealt with exporting fruits through the Dominican Fruit Company. It was leased by the government and is currently undergoing reconstruction work so that the harbour can receive larger ships. 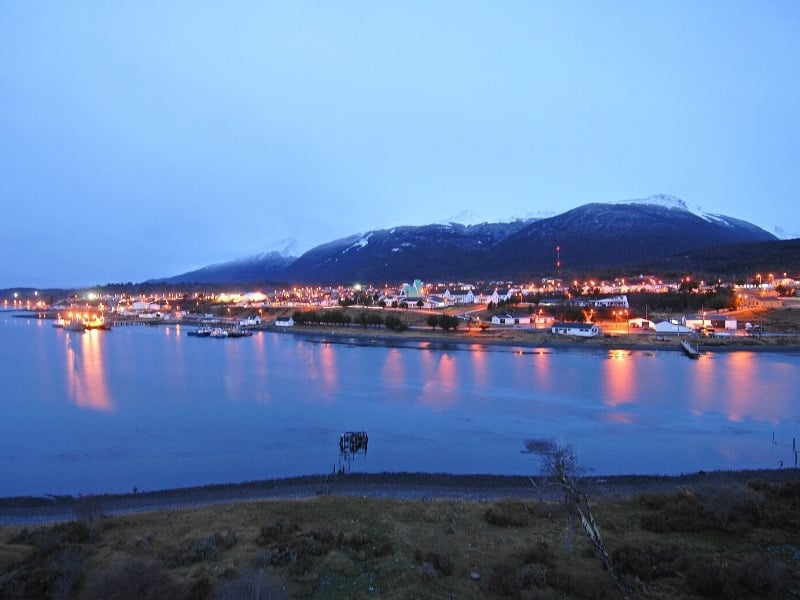 The port of Puerto Palenque is a minor harbour and is one of the smallest ports in the country. It is located near the larger ports of Caucedo and Rio Haina, which ensures that any traffic that overflows from these ports is redirected to Palenque. This provides a steady source of the traffic to the port and supports the local tourism sector.

Alongside commercial passenger traffic, the port is also built to handle crude oil tankers that supply the Dominican Republic’s oil refineries. The port is frequented by small vessels that ply along the coast of the country. The Palenque port is operated under the Dominican Ports Authority. 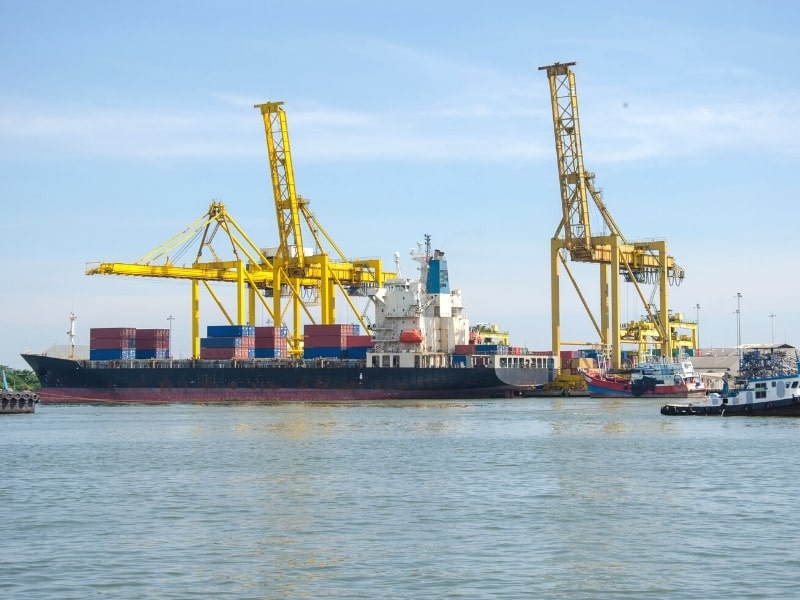 Also, know as the port of San Pedro de Macoris, this is the oldest port in the Dominican Republic. It mainly services and handles cargoes and goods to and from Europe and the Americas. Initially, it was built to supplement the Port of Santo Domingo that is a major port of the region. This was partly due to the large inflow of vessels entering Santo Domingo that created a backlog of vessels. The port began construction in the late 19th century and is located on the river Higuamo flowing through the Macoris province.

The port of San Pedro largely handles cement, coal, diesel, and LPG cargo. In addition, it is built to manage the export of agricultural goods and products such as sugar, wheat, and fertilizer. Currently, this port is undergoing refurbishment and restructuring as part of an expansion effort to handle more incoming vessels. It only handles minor cargo operations at the moment.

An important point to note is that the Port of San Pedro has become a hydro-hub for Pan American World Airways, and is a base for the airlines’ operations in the region. 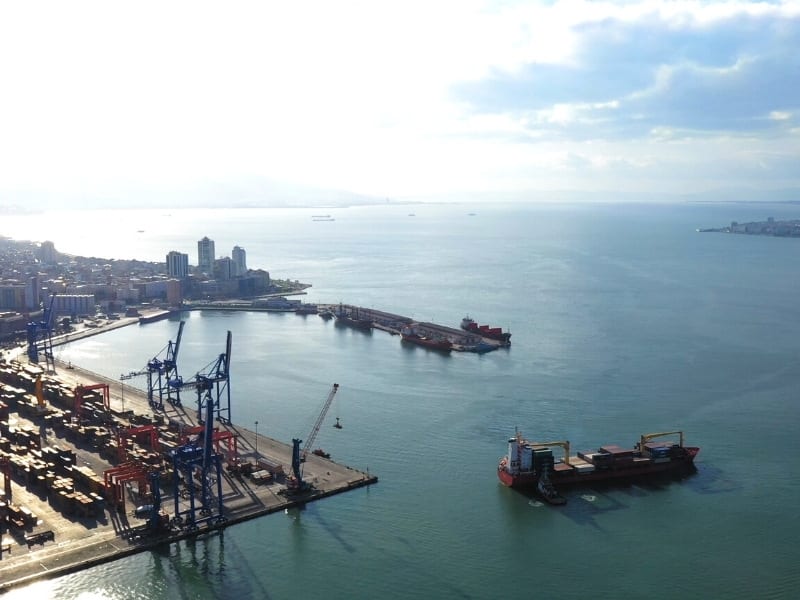 Classified as a very small port, this port primarily services small vessels, cruise ships, and local coastal boats and trawlers. The local vessels are responsible for maintaining the trade and commerce between the various parts of the nation. This port can support vessels up to 150 meters in length. Despite being located farther inland as opposed to other ports such as Barahona, Viejo de Azua is a natural coast with very poor sheltering.

At the moment, this is one of the smallest ports in the Dominican, and houses piers for smaller vessels. One main reason for the lack of large-scale commerce through this port is its proximity to other larger ports such as Barahona and Haina. For this reason, it primarily is used by local ships and trawlers. It is also used to handle the overflow of ships from the surrounding ports during peak shipping seasons.

To improve the port and boost trade through it, proposals are currently being considered to create natural embankments to allow more vessels to safely enter the port. Additionally, efforts are being made to connect the port to major cities and other ports through rail and road transportation.

Note on Other Ports in the Dominican Republic

In addition to all these ports mentioned in this article, there are several other ports in the region that service smaller vessels and only cater to a lower percentage of the country’s trade. Some of these ports are Port of La Vega (DOLAV), Port of Las Calderas (DOLCS), Port of Luperon (DOLUP), Port of San Felipe (DOSFP), Port of Salcedo (DOSAL), and Port of Sabana de la Mer (DOSNX).

Tags: Ports In The Dominican Republic