You are here: Home › Marine Ports › The Port of Antwerp
TwitterFacebookLinkedInPinterestBuffer

Situated to the South-Eastern part of the North Sea on the Scheldt River, the Antwerp Port forms a major marine infrastructural depot in Europe. The port is placed second in the whole of Europe and ranks fourth internationally in terms of the cargo bulk passing through it.

The Antwerp Port is under the functioning command of the Antwerp Port Authority which also owns the port. The port is used for a multitude of purposes like storing, lading and unlading, re-packing and re-labelling of cargo. In terms of storing, the port has the capacitance to store both dry as well as liquid cargo, offering a storage capacity of over three million cubic metres for the latter. 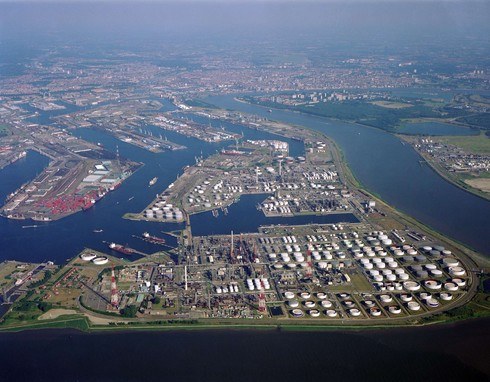 The port also has refineries – five in totality – two of which are connected to the Rotterdam Port through a separate pipe linking, referred to as the RAPL (Rotterdam-Antwerp Pipeline). All in all, the five oil refineries offer a distilling capacitance exceeding 40 million tonnes.

Accessibility to the port is available through rail, road and even through flatboat mediums. In order to effectuate safety protocols, distinct security steps have been issued. These include scanning modems for the cargo entering the port and electronic identification cards for personnel incoming into the port. Apart from these, CCTV cameras are also equipped in the port.

The port is divided into two zones – left and right zone. The right zone consists of MSC terminal, Europa terminal and North Sea terminal along with the Berendrecht lock, Bonaparte dock, Amerika dock and Delwaide dock. The Berendrecht lock is regarded to be the world’s biggest lock with a length of 500 metres. The left zone consists of Kallo lock, Verrebroek dock, Vrasene dock and the Deurganck dock. A construction of a second lock has been commissioned by the government of Belgium in the left zone with an operational start-up deadline of 2013.

Further rail and road construction activities have been undertaken, with a completion deadline of 2013. Through this road linkage, a route to connect the right and the left zone of the port has been sought to be achieved. 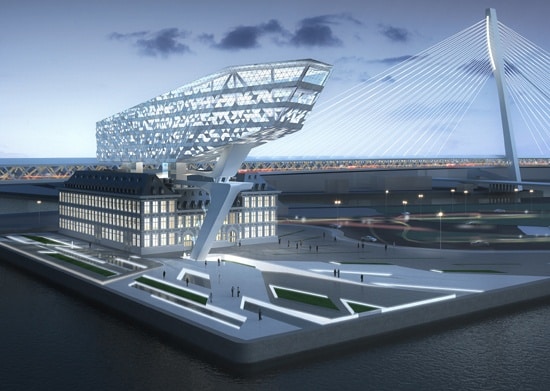 Some Important Features of Antwerp Port:

The Antwerp Port is expected to achieve quite a few milestones in the coming couple of years. Considering the optimum utilisation of the port and the infrastructural facilities it offers, there cannot be any denying that the Port of Antwerp is a singular and an unparalleled entity.

15 Oldest and Most Beautiful Shipping Ports of the Maritime World
Appeals Raised Against Dismissal Of Charges On Bocimar For Scraping Vessel In Bangladesh
19 Port Authorities Sign Declaration On Disruption, Digitalisation And Decarbonisation
Watch: Port Of Antwerp To Attempt World’s First Conversion Of Tugboat To Methanol-Propulsion