The pilot ladder is a special type of rope ladder used on board ships for embarkation and disembarkation of maritime pilots. It is one of the very first things, which will give an impression to the pilot about the crew and the master on board – an extremely important thing to consider for the ship’s crew.

The pilot ladder should, therefore, be maintained in good condition and rigged properly for safer transfer of personnel. Needless to say, even the minutest negligence can lead to a major mishap.

The crew in charge of rigging the pilot ladder should use their knowledge and also follow the instructions from the bridge. During pilot transfer using a ladder, a person’s life is directly at stake and chances of accidents are extremely high. Officers and the crew involved with the process should thus consider all safety precautions required for the process.

On a small cargo ship, a pilot was about to disembark with a good lee. The bottom rung of the pilot ladder was slightly above and clear of, the deck of the launch. The pilot inspected the ladder as best he could from the main deck to ensure it was properly rigged and secured and free of any obvious defects. All appeared correct.

But as soon as the pilot committed his full weight to the ladder, the ropes on each side of the ladder parted simultaneously at the point where they went over the rounded fishplate at the sheer strake. The pilot fell two meters to the deck of the pilot launch, bruising and spraining his right foot and ankle which took the impact of the fall. His injuries could have been much worse had the freeboard of the vessel been greater.

On investigation, it was found that the root cause of the accident was the failure of the pilot ladder due to inadequate maintenance and inspection. 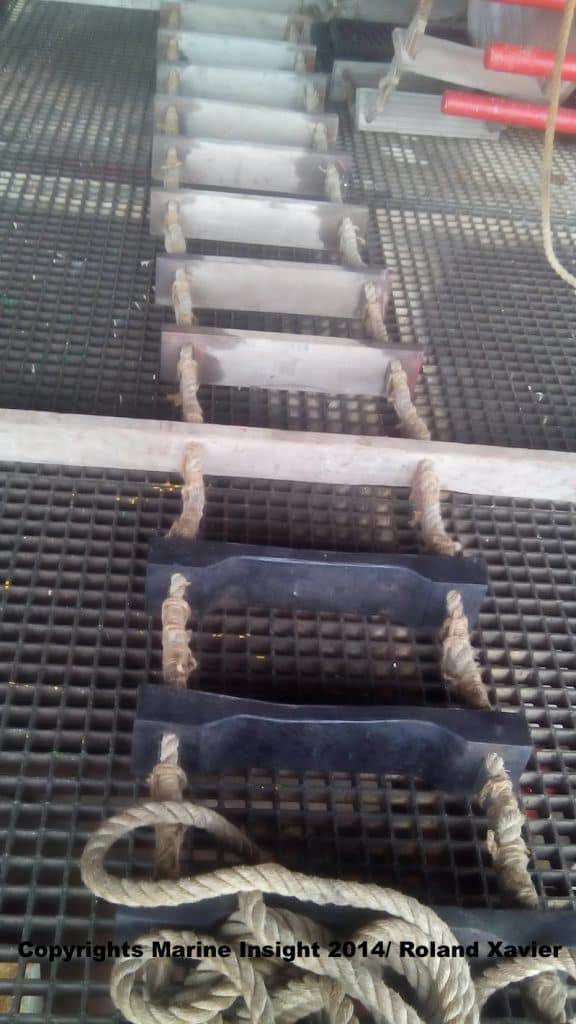 A pilot ladder should be capable of covering the whole length from the point of access to the water level. The height from water level is informed to the bridge by the port control or the pilot himself depending on the height of the pilot vessel.

Here’re few points to consider while rigging the pilot ladder:

The following pilot ladder specifications are to be taken care of by the officer of the watch for utmost safety during using a pilot ladder: 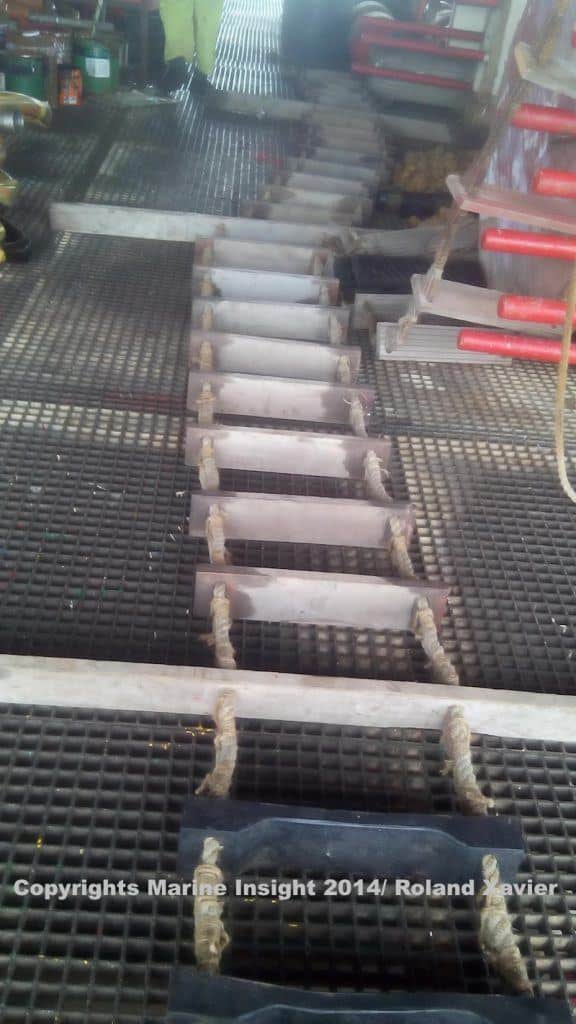 The above mentioned are some of the most important points that should be considered for maintenance and rigging of pilot ladders on board ships.

What according to you are the most important points that must be considered while handling pilot ladder on ships? Let’s know in the comments below.