The crew of a large vessel was conducting a routine launching drill of a rescue boat in port. As the craft was coming up to its normal stowage position, a proximity sensor/limit or cut-off switch arrangement (Figure 1) that was designed to cut electrical power to the winch motor failed to operate correctly. With the davit having come up hard against its stops, the hoisting motor continued to wind in the fall wire, causing it to part. The rescue boat and its four crew fell 29 meters into the water. One of the boat’s crew died and two were hospitalised.

The parted fall wire was observed to be in good condition and when tested after the accident, it achieved a breaking load of 137kN.

Although the winch motor was rated with a nominal pull of 50kN, the maximum pull that it was capable of exerting when trying to overcome the increased resistance in the system during the final stages of hoisting would have rapidly exceeded the breaking load of the wire.

The proximity sensor/limit switch was tested in situ and was found to be defective. It had been installed in 2006, and during the ill-fated drill, was not tested before hoisting was commenced. Inspection revealed evidence of water ingress (Figure 2), although subsequent tests showed that the switch malfunctioned due to an unrelated electronic fault. 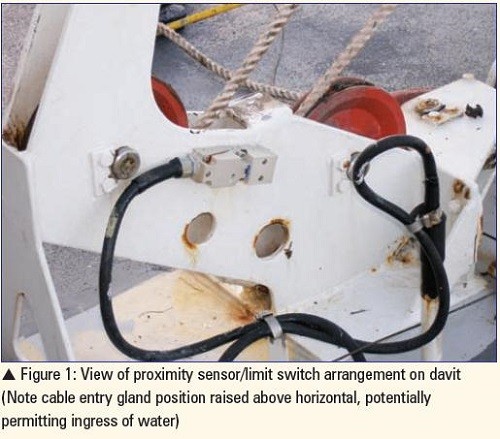 During the investigations, it was also unexpectedly discovered that water had entered the foam-filled buoyancy spaces between the inner and outer fibreglass skins of the rescue boat’s hull (Figures 3 & 4). The craft was found to be approximately 450 kg overweight. Although the additional weight of water caused the davit’s SWL to be exceeded, it was established that this would not have caused the wire to fail. 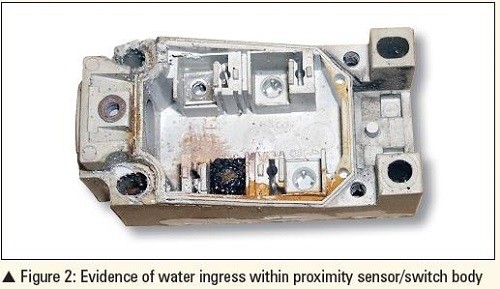 A notification was issued to customers advising them to: 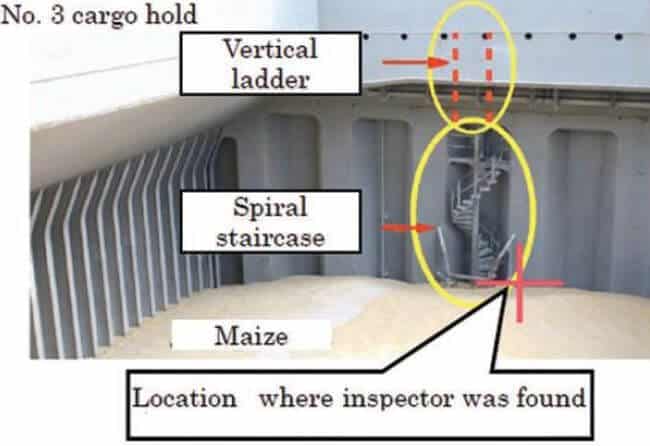