A small bulk carrier was loaded and underway under pilotage in coastal confined waterways in the early morning hours. The pilot had his portable pilot unit (PPU), which was loaded with the applicable charts for the voyage. The vessel, however, did not have the paper charts on board for that area, nor was the vessel equipped with an ECDIS. 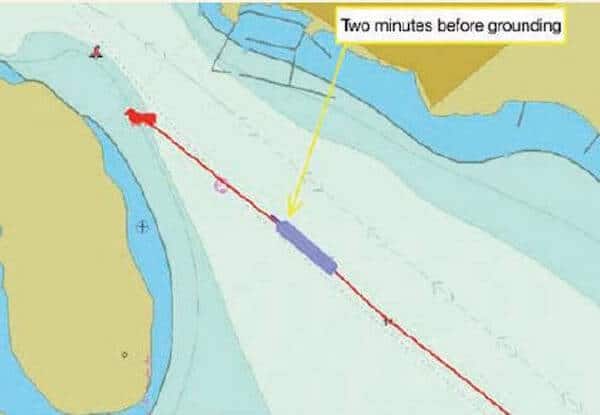 The bridge was manned by an OOW and the pilot. At 04.31 the pilot informed the OOW that about half an hour remained before they would reach their destination; the Master came back up on to the bridge at about this time. The pilot set the course to 309° on the autopilot, steering in the direction of the red buoy ahead, which was the location of the next course alteration to port. The pilot began reducing speed and simultaneously switched over to manual steering. After a few minutes the pilot discovered that the vessel was on the wrong side of the buoy. He was not able to turn, but stopped the engine before the vessel ran aground at about 04.50. 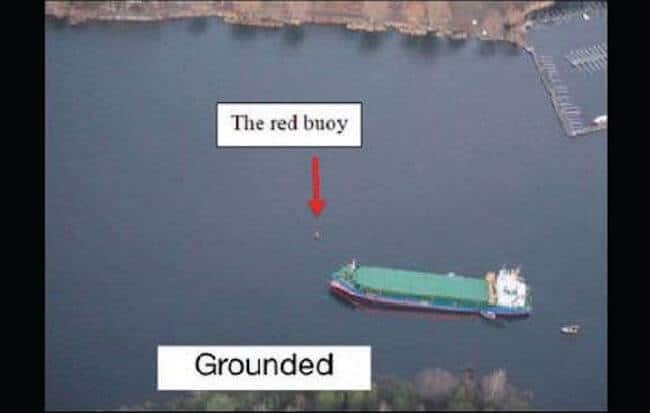 Among other findings, the official investigation learned that: