The crew was assembled for a lifeboat drill. The lifeboat was lowered into the water and, once tested, was raised again into the stowed position.

As the boat came close to its final position on the davit, a crewmember moved forward to check the limit switch. During this movement, he tripped on a nearby manhole cover.

Falling forward, he impacted the davit structure with his face, injuring his lower lip and teeth.

While the company investigation found that the crewmember was partially responsible due to carelessness, they also found that the manhole cover had not been painted with high visibility paint markings which would help prevent unwanted trips.

The manhole cover was subsequently painted in black and yellow zebra markings. 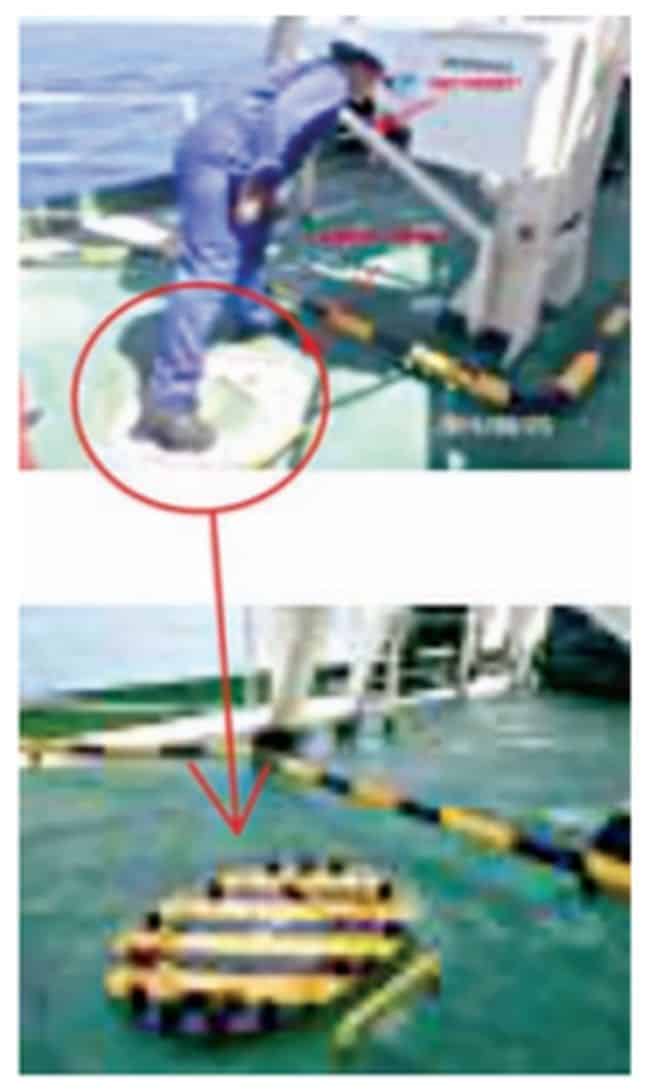