A Suezmax came alongside a docked VLCC to carry out an STS operation. While the hoses were being connected, a supporting rope on one of the four fenders broke.

The Safety Inspector was informed and immediately carried out a visual inspection together with the vessel’s staff. The vessel requested to suspend operations in order to evaluate the situation; the terminal suggested that they should continue with making hose connections as the situation was under control. 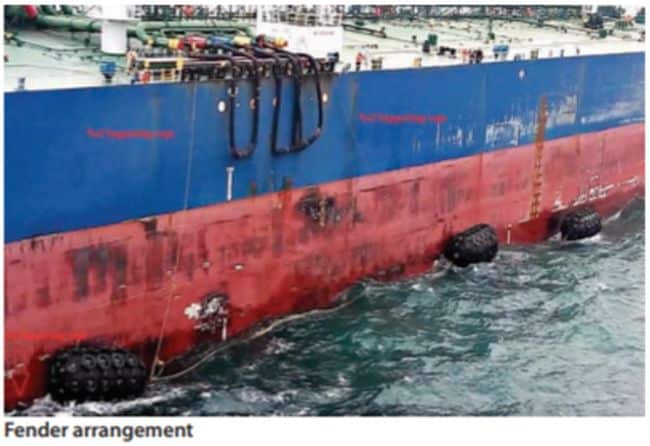 As the hose connections were being completed a second supporting rope broke. This was rectified and cargo transfer operations took place without further incident.

The investigation found that the supporting ropes for the fenders were in doubtful condition.