During fire safety equipment verifications, the fixed CO2 cargo hold line identified as number five hold was tested by blowing compressed air into the system line. Despite this, no air passed through to the other end located at the forward and aft hatch coaming of number five hold. The CO2 line’s air drain in the engine room was checked and found to be in order.

The CO2 pipe aft of hold five was dismantled to check for any clogging but none was found. Again, compressed air was blown through but there was no air arriving at the exit end. 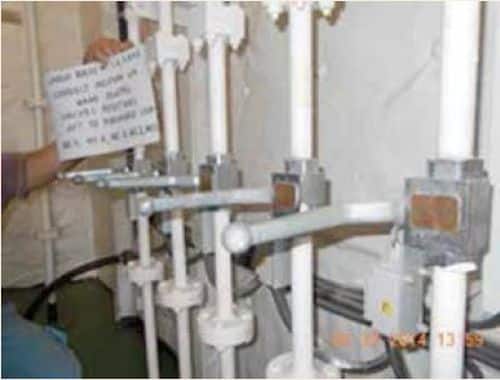 Further investigation found that in the CO2 room, the identification for the release valves for holds one, two, four and five were misidentified. Only hold number three was correctly identified. As it turned out, the system was mis-identified upon initial installation from right to left instead of from left to right. Hence, only hold number three was correct, the others being in reverse order, and the error had not been caught.