An officer was undertaking his inspections of the various life saving appliances on a relatively new (two years) small coastal vessel. His inspection revealed that the starboard man overboard life-ring launcher, located aft and below the bridge due to design considerations, was inadequate from a design standpoint.

When activated from the bridge wing, the launching flap deployed to 90 degrees, the retaining chain being too short to allow a greater angle. This meant the life-ring would remain in its holder instead of falling into the water. 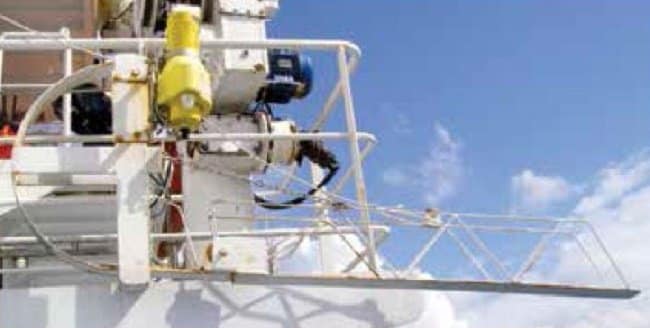