You are here: Home › Case Studies › World’s Largest Heavylift Vessel Reconfigured With Fast Turnaround, The Bahamas
TwitterFacebookLinkedInPinterestBuffer
BOKA Vanguard is the largest semi-submersible ship in the world, capable of carrying cargoes of up to 110,000t. Built to facilitate the transport of ever-larger floating oil rigs, it lifts through the flooding and emptying of movable buoyancy casings, which can be repositioned in order to accommodate loads of varying sizes. 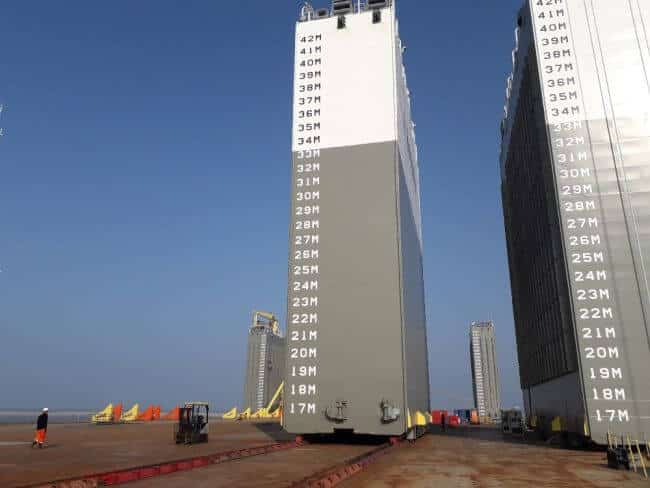 In order to allow the transportation of a particularly large cruise vessel, these casings needed to be moved into a new setup on the deck of the ship. Thanks to its experience in performing these manoeuvres on two previous occasions to a strict deadline, ALE was chosen to undertake the project.

Time was of the essence for this work. At the client’s request it was to be undertaken in half the usual timeframe, with mobilisation onto the Boskalis Vanguard required in just 24 hours. To achieve the reduced job schedule, ALE made two crews available for the project.

Following previous projects in Shanghai and Rotterdam, ALE’s lifting equipment had been adopted as the standard solution. The casings, weighing 900t each and standing 26m high, needed to be moved to an outrigger position in readiness for the cruise vessel. 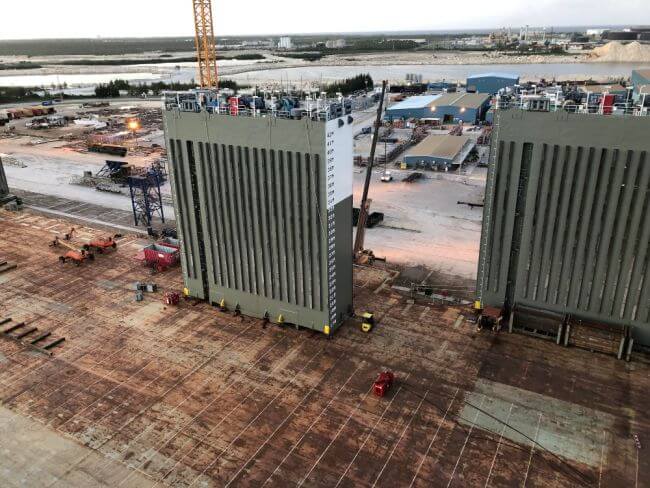 The casings were first lifted using hydraulic cylinders to allow installation of a skidding system underneath. The skidding took place in two different directions to reach the new position.

In all, the project took just three days to complete, as the crew worked in two shifts in close partnership with the Vanguard’s crew and local ship management personnel. This work allowed a cruise vessel to be lifted for transportation and repair that otherwise would not be able to fit on its deck.

The buoyancy casings on board the Vanguard will now stay in position until it is called upon to transport a vessel too large for its current configuration. ALE stands ready to assist during their next move.