A general cargo vessel was berthed and stevedores were discharging the vessel’s cargo of packaged timber from the holds. Once the discharging of cargo had been completed a dockside crane was used to lift the ship’s cargo slings back on board. Deck crew, including the cookdeckhand who had come forward to announce that lunch was ready, decided to stow the slings in the fo’c’s’le stowage space before eating.

Then, as the crane hook was being lowered, the cook-deckhand climbed up the inside of the hatch cover, using the framing as hand and foot holds, and reached up to grab the lifting slings. As he did so the hatch cover fell forward, trapping him between the hatch cover and the hatch coaming. 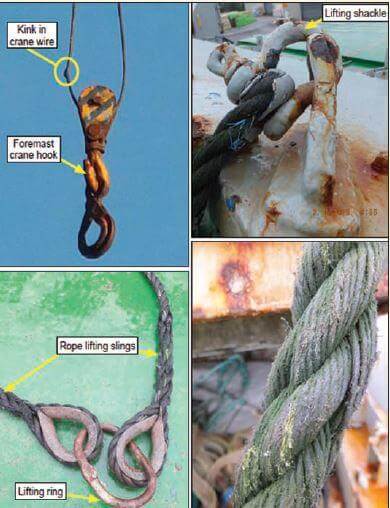 The other attending crew tried desperately to manually lift the hatch cover to release the victim, but it was too heavy. The alarm was raised and the dockside crane driver immediately swung his crane jib back over the fo’c’s’le. The hatch cover was quickly raised by the dockside crane and the victim was lifted, unconscious, on to the deck where he received first aid.

Paramedics soon arrived on board, but were unable to revive the victim and he was declared dead at the scene. After the accident, the deck crew were subject to onboard alcohol breath testing by the vessel’s Master, in accordance with the company’s drug and alcohol policy. The results for each crew member were negative. However, a post-mortem toxicology test identified that the victim had a blood alcohol level of 75mg/100ml.

Some of the report’s analysis and findings are as follows:

World’s Largest Heavylift Vessel Reconfigured With Fast Turnaround, The Bahamas
Want to share your tips and advice? Got questions? Visit the community forum to ask questions, get answers, meet people, and share your tips!