While at anchor, the deck crew was testing the port and starboard lifeboat davits, lowering the boats to deck level without a crew on board, and then raising them back to the stowed position.

The starboard boat was lowered and raised without incident.

When the same procedure was attempted with the port lifeboat, the aft davit arm lowered but the forward one did not. 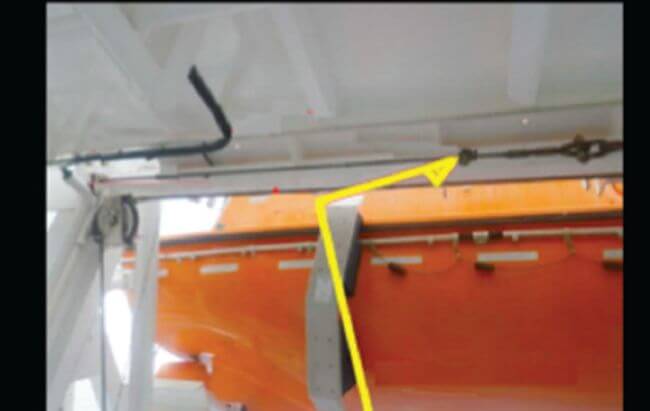 The brake was immediately re-applied and actions were taken to bring the boat back to its secured position.

An investigation found that the wire clamp on the davit’s wire rope, which is instrumental in keeping the load balance between the davit arms, had slipped. Further investigation revealed the threads of the clamp’s tightening nut were very worn. 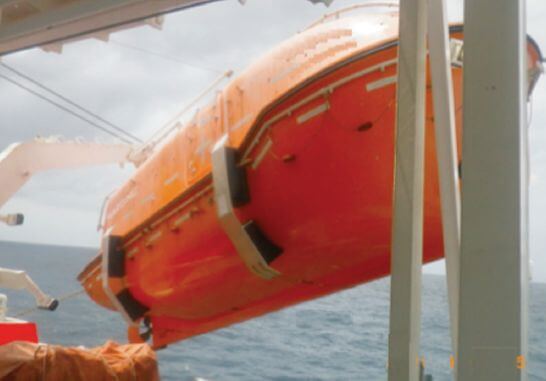